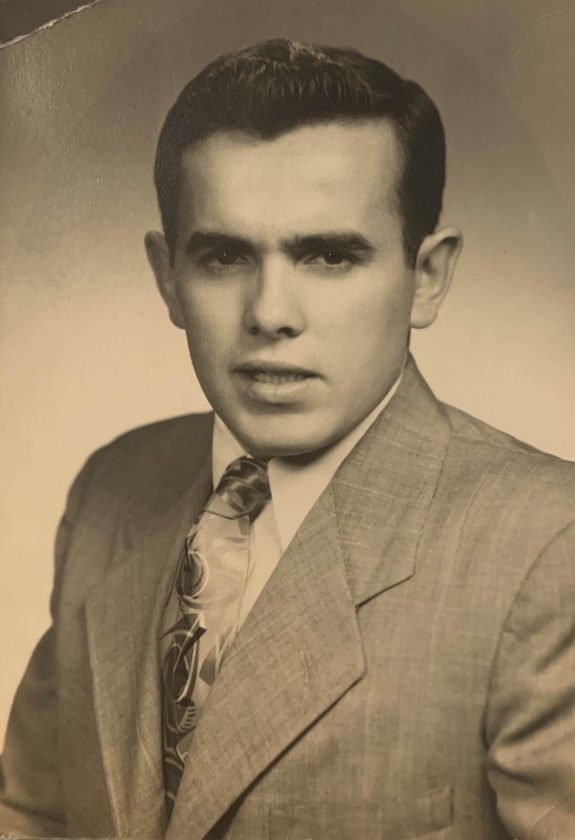 Donald Walter Lanthier, 87, was called to eternal life on May 2, 2020, with his family at his side after a long illness.

He was born Dec. 4, 1932, the second oldest child to Wilfred Lanthier and Gladys Hunkins Lanthier. He was born and raised in Tupper Lake, graduating from Tupper Lake High School in 1952.

A private funeral and burial will be held today, May 5, at 11 a.m. at Frary-Stuart Funeral Home in Tupper Lake, with the burial immediately following at St. Alphonsus Cemetery in Tupper Lake. A celebration of Donald’s life will be held at a later date.

On May 24, 1953, Donald married the love of his life, Joanne Boushie, at St. Alphonsus Church in Tupper Lake. During their 59-year marriage they raised seven children and were always a big part of their grandchildren’s and great-grandchildren’s lives.

Donald was a hard-working man and a loving and devoted husband, father and grandfather. Throughout his life, Donald worked in the lumbering field, working on the power line for the Adirondack Northway. He worked in partnership with his brother George for many years as lumberjacks. In his later retirement years, he worked at the Tupper Lake Civic Center and Tupper Lake school district for over 10 years.

Donald enjoyed spending time with family, going on walks with his sons, enjoying coffee at Stewart’s with friends, and Sunday visits with his longtime friend Dean Doriguzzi. He was an avid fan of the New York Yankees and New York Giants. He was also a fan of local sports, helping with the chains at Tupper Lake High School football games. He loved watching his children and grandchildren in sporting events, or school performances. When his wife Joanne faced health issues, he was her greatest advocate, ensuring she had the best care. He will be remembered most for his loving and loyal heart.

Donald is predeceased by both his parents, his wife Joanne, his brothers George and Robert, and his grandson Laurence Donald Lanthier Jr.

The Lanthier family would like to extend their deepest thanks and gratitude to Donald’s health care providers: Dr. De Santis, Dr. Gaudagno, HCR Home Care and High Peaks Hospice.

The family would also like to thank Latisia Houston, Donald’s favorite nurse and new friend. The compassion and care you have provided Donald was a blessing to him and his family. Thank you for all you have done for him.

Donations can be made in Donald’s memory to the Tupper Lake Adult Center at 179 Demars Blvd., Tupper Lake, NY 12986.

Online condolences can be made at www.fraryfuneralhomes.com.