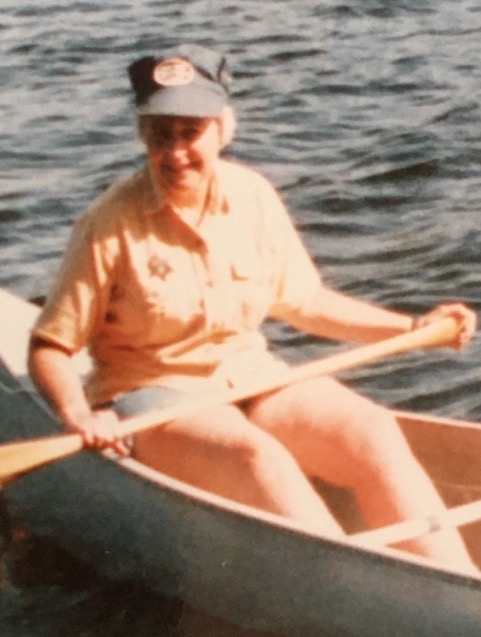 PLATTSBURGH — Nancy Ann Douglas, 83, died suddenly on Sept. 5, 2019, at Meadowbrook Healthcare. She left amazing memories with family and friends, who will remember her forever.

Nancy spent much of her life helping, teaching and enjoying children. Beginning in her late teens, she spent many summers at the family cottage in the Adirondacks enjoying her nieces and nephews. Those seven children, now with their own children and grandchildren, enjoyed Nancy’s humor, energy and creativity, qualities they have passed on for future generations.

Nancy was born on Feb. 17, 1936, in Niagara Falls, New York, to Leon Arthur Douglas (“Pum”) of Buffalo and Amy Cecil Howse of Humberstone, Ontario, Canada. Both Leon and Amy were descendants of American loyalists, and as such they and all their descendants in perpetuity carry the British royal title of “U.E.,” for Unity of Empire. The family sometimes laughs that the title “isn’t worth anything, but we have it anyway.”

Nancy was the youngest of five children, born after Thelma, Dick, Katie and Dorothy. As a young teen she went on her first canoe trip, through the Fulton Chain of Lakes in the Adirondacks. She fell in love with the woods and was overjoyed when her father purchased a cottage there, still owned by her nieces and nephews.

Nancy graduated from Niagara Falls High School in 1954 and Erie County Technical Institute in 1956. She began teaching dental hygiene to the schoolchildren of Malone. She attended the state universities in Potsdam and Plattsburgh before earning her Bachelor of Science in Education degree at SUNY Cortland in 1966. Still teaching dental health in Malone, in 1968 Nancy was elected president of the New York State Dental Hygiene Teachers Association.

In 1973, Nancy took her skills with children in a new direction and began a long career teaching in Malone, at both St. Joseph’s and Flanders elementary schools.

As her father worked for the New York Central Railroad for more than 44 years, the Douglas family frequently rode trains for free. Nancy developed a lifelong love of travel, and of trains.

Nancy was an active member of the Adirondack Railway Preservation Society, helping to preserving the New York Central System’s old rail line through the Adirondacks.

She worked for both the Adirondack Railway of 1980 and the current Adirondack Scenic Railroad. The railroad’s gift shop in Thendara was occupied (some would say “owned”) by a large orange cat named Sam. Visitors were enchanted by Sam’s dignified personality, and in 1994 Nancy wrote and published “Sam: The Adirondack Railroad Cat,” a much-loved children’s book still available from North Country Books of Utica.

Nancy was also known for her “Adirondack Cryptoquotes,” popular word puzzles published in various newspapers for decades. Each puzzle was a scrambled sentence taken from writings about the Adirondacks. Nancy produced hundreds of puzzles under titles such as Cryptograms, Cryptotales, Cryptosolves and Cryptofun. They still appear weekly in the Adirondack Daily Enterprise of Saranac Lake and will continue to do so as long as there is demand.

While doing research for Cryptoquotes, Nancy discovered “Adirondack Vistas,” an obscure 1967 book. It described the history of the abandoned New York Central Adirondack line, and Nancy contacted the author and publisher, Ed Gardner. He provided more copies, and Nancy worked hard to get it in bookstores. A second edition was published in 1997.

Nancy and Ed became friends, and they worked together to create a third edition, adding information about Ed’s fascinating railroad career. It was published in 2015 by Write One Plus of Chateaugay.

Nancy had a close friendship with the Springsteen family at an Adirondack camp nearby. When Russell Springsteen became permanently hospitalized, she drove from Malone to visit him in Yonkers. She made that six-hour trip for many years.

Nancy loved to swim, climb mountains, canoe and waterski. (She and her sisters wore out the family’s first motorboat.) In the winters she skied all over the northeastern U.S. and the Laurentian Mountains of Canada, and skied as far westward as Alberta.

In the late 1970s Nancy and her friend Marty Miles tied a canoe to the pontoon of a floatplane and flew into Lake Lila, the only way to get there in those days. They spent a delightful week camping alone in the wilderness.

A few years later Nancy took up canoe racing with various partners. In her first race she came in next to last, but took third place in the next one. Many races followed; in 1985 Nancy and Marty made fourth in an 11-mile bicycle, jog and canoe triathlon at Long Lake. In 1989 she and Natalie Streb took first in the Old Forge to Saranac Lake Adirondack Canoe Classic.

In 1986, Nancy took part in a 235-mile, seven-canoe journey from Lachine, Quebec, to Albany in conjunction with Albany’s Tricentennial.

Somehow over the years Nancy also found time to take a windjammer cruise to the Virgin Islands, ride a raft down the Colorado River, tour National Parks such as Yosemite, learn scuba diving and take up Chinese cooking.

Nancy was also known for her frequent and generous donations to charities, including the Adirondack Railway Preservation Society, First Presbyterian Church of Plattsburgh, Feeding America, the ASPCA, Friends of the Earth, Oxfam, the Franklin County Historical Society and many others too numerous to mention.

Nancy was the last survivor of the Douglas family of Niagara Falls. She is survived by the seven nieces and nephews she helped raise in the Adirondacks: Michael Trout and wife Luann of Selkirk; Carrie Sloan and husband Jeff of Claremore, Oklahoma; Philip Trout of Mannford, Oklahoma; Allison Kennedy of Moreno Valley, California; David Hagen of Valley Center, California; Heidi Mozingo of Lee’s Summit, Missouri; and Rick Hagen and wife Monica of El Cajon, California.

Services will be held at 10 a.m. on Saturday, March 21 at the First Presbyterian Church at 34 Brinkerhoff St., Plattsburgh, 12901. Contributions in Nancy’s memory may be made to any of the charities listed above.

To share a memory or condolence with the family, please visit www.rwwalkerfh.com.

Arrangements have been entrusted to the R.W. Walker Funeral Home, 69 Court St., Plattsburgh.