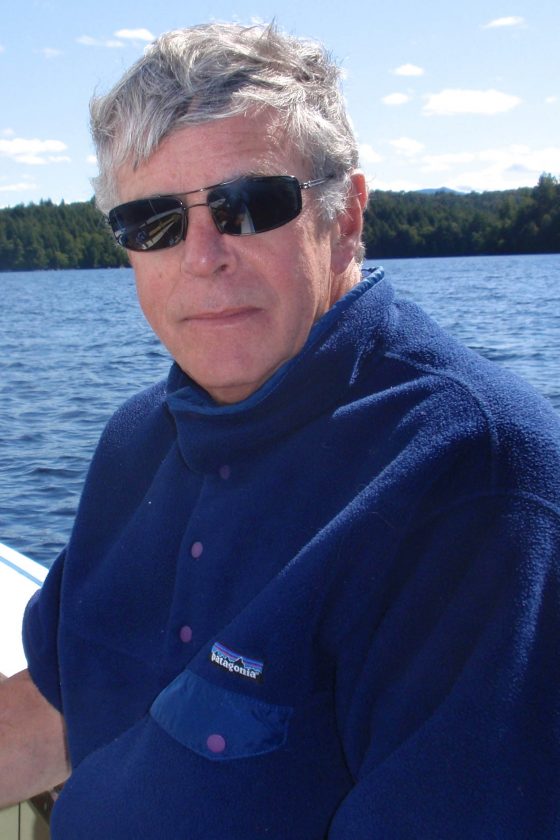 Michael George Clarke, 78, died on March 1, 2020, at the Adirondack Medical Center in Saranac Lake. During the 15 months before his death, many friends would see Michael at the Adirondack Heath Medical Fitness Center working hard to rebuild his strength following a successful stem cell transplant in 2014. Ultimately, Michael unexpectedly succumbed to sepsis from a wound in his arm that would not heal.

Born on Aug. 11, 1941, in Baltimore, Maryland, Michael — like much of his family — graduated from the Park School, which he attended from kindergarten through high school. His youthful passion for the outdoors took him to the University of Michigan for college, where he earned a Bachelor of Science and Master of Science in forestry. After a short career with the U.S. Army Corps of Engineers, Michael’s interests shifted to environmental design and land conservation. Learning about a new program in environmental planning at the University of Pennsylvania, he returned to school to get a master’s degree from Penn’s Department of Landscape Architecture and Regional Planning in 1967.

For many years following graduate school, Michael worked with the Philadelphia-based planning and design firm of Wallace, McHarg, Roberts and Todd (WMRT). WMRT was one of America’s first interdisciplinary design firms to apply principles of environmental planning to growth management and protection of natural resources. Working with Ian McHarg, Michael helped communities around the country to understand the issues they faced and to devise creative strategies to protect their resources and quality of life.

Michael and his family moved to Lake Placid in 1997 after looking around America for a beautiful place to live. That search involved five years of targeted research and vacation travel, ultimately leading to the selection of the Adirondack Park and Lake Placid as the place. After relocating to Lake Placid, Michael continued his work in land conservation, working primarily as a fellow for The Conservation Fund and a contractor for the National Park Service. A colleague at the National Park Service wrote this week about Michael, saying: “His principled, thoughtful, rigorous approach to planning and conservation was profoundly helpful and impactful. He would always push and prod for the right thing, the right approach. There are always a few people in a field in whom one can feel completely confident and comfortable. Michael was one of those.”

Michael loved Lake Placid for its natural beauty, outdoor activities and most of all its sense of community. No matter where Michael went, he started conversations — and therefore often longtime friendships — with people he met. Whether it was at the grocery store (a favorite and often daily outing), the post office or the gym, he enjoyed hearing people’s stories. He was a great listener and friend, as well as a devoted husband, father and brother. One of his favorite claims was that he had to take up downhill skiing at age 62 so that he could be on the slope watching his son Michael do scary, dangerous stuff in freestyle skiing competitions. Michael also served for 10 years as chairman of the Lake Placid-North Elba Planning Commission, leading with Dean Dietrich a community-wide growth management assessment and subsequent development and adoption of a new land use code.

Michael was known for his wicked and dry sense of humor, his passion for the outdoors, and his commitment to preserving open space. He loved exploring the wilderness of the United States with his wife Liz Clarke, classical music and jazz, camping, the movie “Trading Places,” a good hot dog, Sunday mornings with his kayaking/doughnut/book club friends, Louis Armstrong, The New York Times, The New Yorker, biographies, candy bars, off-color jokes, Don Rickles and fishing.

Michael is survived by his wife, daughter Rachel Clarke (Tim Freeman) of Hopewell, New Jersey, son Michael of Brooklyn, daughter Emily of Pittsford, sister Martha Clarke of Sherman, Connecticut, and his granddaughters Eleanor, Caroline and Claudia. He is also survived by his beloved mini golden doodle, Henry, who was the first dog ever allowed on Michael’s furniture.

In May there will be a gathering of friends and family to remember Michael.