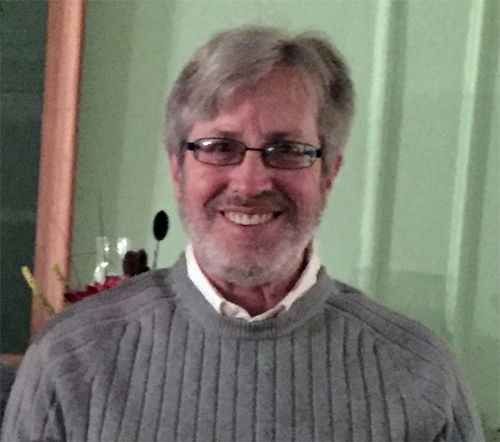 Kurt Patrick Riley of Saranac Lake, 64, died of lung cancer on Sunday, Feb. 16 at Elderwood of Uihlein at Lake Placid.

His family was by his side holding his hands as he passed away.

Kurt had moved to Colorado after graduating from high school and later moved to Kentucky, joining his best friend from high school, Kevin Gallagher, who got Kurt a job on the horse farm where he worked. They had their own cabin right on the property.

That is where Kurt met his former wife and still his best friend, Faye Wagner, who was also at his bedside when he died. They married there in Kentucky where Keana, their first daughter, was born. They subsequently moved back to Saranac Lake, where their second daughter, Kaylen, was born.

Kurt was a computer operator (after attending North Country Community College) at Adirondack Medical Center for many years until his retirement. He was an avid reader, NASCAR fan and always loved listening to music, camping and classic cars. The family remembers his tough GTO. He was a kind and loving soul, and anyone who met him loved him.

Kurt, in addition to being a loving father, was especially attached to his two grandchildren, Kinsley Snyder and Kage Diehl. He devoted a great deal of his time to them and loved them dearly.

Kurt was predeceased by his grandmother Annabelle Gauthier, his uncles Charles “Chic” Riley and Ray Riley, and his aunts Marguerite Riley Ellithorpe and June Riley.

Funeral arrangements are in care of the Fortune-Keough Funeral Home, 20 Church St., Saranac Lake. The family will receive friends from 4 to 6 p.m. on Friday, Feb. 21 at the funeral home. Memorial donations in Kurt’s memory can be made to the Tri-Lakes Humane Society or the American Cancer Society in care of the funeral home. Family and friends can also share their memories and sign the online guestbook at Fortunekeoughfuneralhome.com.