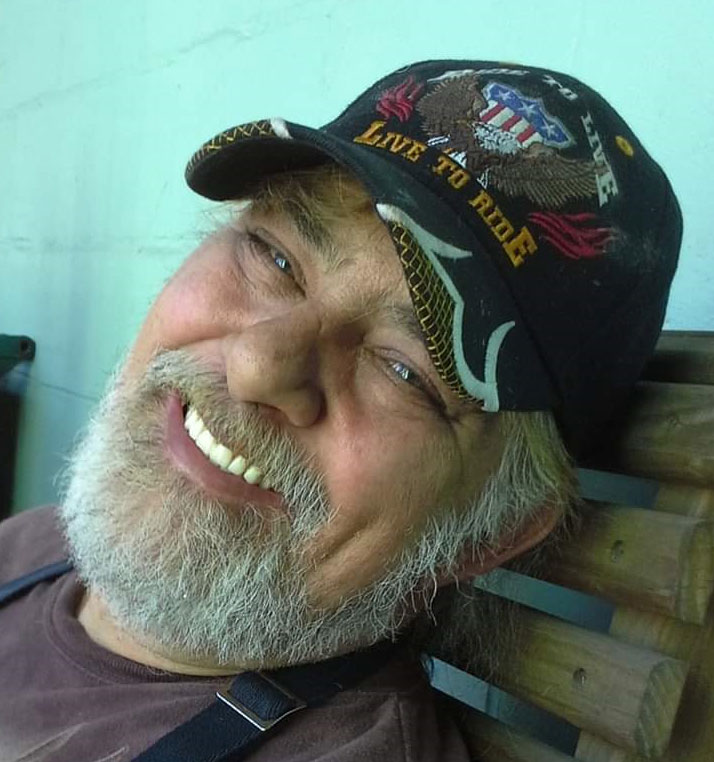 James P. Gibeault, age 60, of Bloomingdale passed away Wednesday, Dec. 4, 2019 at the Adirondack Medical Center in Saranac Lake after a battle with cancer.

Born in Onchiota on May 22, 1959, he was the son of James A. Gibeault and Marie Skeels. Also raised and loved by Sandra Wade of Rochester, New York. He was preceded in death by his father and mother, his brothers Wallace and Dale Gibeault, and his former spouse Deborah Gibeault (Stockmeister) of Rochester. He is survived by his wife Brenda Charland of Bloomingdale, son, James P. Gibeault Jr. of Bloomingdale and daughter, Rebecca Gibeault and her spouse Darren Foster of Saranac Lake.

James was quite the craftsman working as a plumber, construction and finished his working days as an over the road coast to coast truck driver.

He spent many of his years in Rochester, where his door was always open to his friends and family and he held the best 4th of July family parties talked about for years later.

He was an avid hunter and fisherman and musician. In his retirement, James contributed a lot to his community here in the “backwoods” as he would say, and was always helping those in need.

He was part of the Kate Mountain Music Festival. He had a passion for music and was once a roady for the band Chicago.

He coordinated many board dinners at the Senior Center in Saranac Lake and helped with Bingo. James was also always willing to help out his friends in need, helping elderly with errands, bringing them to appointments and helping them around their homes.

After he moved up north from Rochester, he volunteered with his son in the Bloomingdale Volunter Fire Department.

James’ biggest accomplishment however was his family. Even sick he would drop everything to help his children. He was truly their rock and he faithfully did his “honey do lists” from his wife with a smile.

Funeral arrangements are in care of the Fortune Keough Funeral Home, 20 Church Street, Saranac Lake, NY 12983. At James’ request there will be no calling hours or services. A Celebration of Life is planned in May 2020 on his birthday weather permitting.

Friends wishing to remember James may make memorial contributions to the Saranac Lake Senior Center in care of the Fortune Keough Funeral Home. Family and friends can also sign the online guest book at Fortunekeoughfuneralhome.com