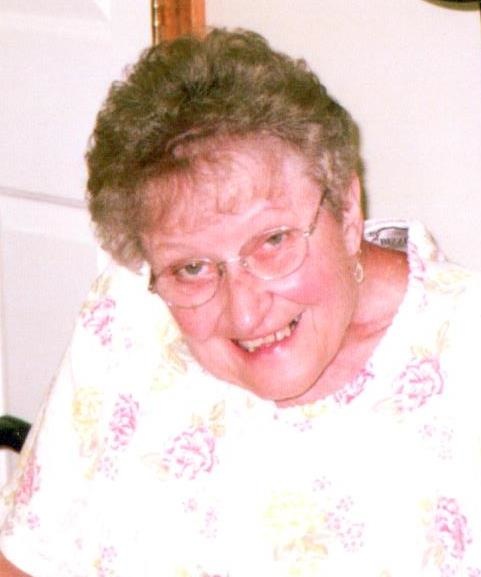 Georgiana (Frye) Page, 79, of Goodfellow Road, passed away peacefully on Thursday, Nov. 28, 2019 at Cottage Hospital, Woodsville, New Hampshire, as a result from injuries from a fall at her home.

Georgiana graduated from Danville High School Class of 1957 and attended Houle’s Beauty Academy in Manchester, New Hampshire. She worked as a hairdresser for several years, at the former Landy Veal in Woodsville, Lisbon Shoe Shop, and as a sub in the cafeteria at Blue Mt. Union School in Wells River. She was an active member of the Groton United Methodist Church and United Methodist Women, as well as an active community member where she visited those who were “shut-ins,” volunteered with the senior meal program at the community building, and the Groton Bistro. Most recently, she volunteered with the senior meal program at the church. Over the years, she helped with the Lumber Jack breakfast, fall foliage chicken pie supper, and the Groton Summer Suppers. Georgiana also enjoyed attending the praise and prayer meeting at Clark’s Landing in Groton and the Bible study group at New Hope United Methodist Church in Waits River, Vermont.

Georgiana married Garth Bruce Page on Oct. 12, 1963, and he predeceased her on May 2, 2013. She was also predeceased by her two sisters, Louise Hale and Marylene Sevigny; and a brother, John Frye.

The funeral service will be at 11 a.m. Tuesday, Dec. 3 at the Groton United Methodist Church, 1397 Scott Highway, Groton, Vermont, with the Rev. Candace Ricker officiating.

Burial will be in the spring in the Groton Village Cemetery. Memorial contributions may be made to the Groton Methodist Church, PO Box 147, Groton, VT 05046.

For more information or to sign an online condolence, please visit rickerfh.com. Ricker Funeral Home & Cremation Care of Woodsville is in charge of arrangements.