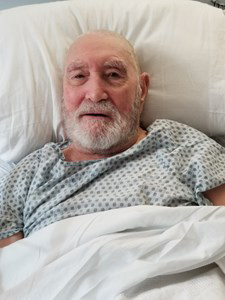 Russell L. Darrah, 90, of Chittenango passed away on Tuesday.

Russell was born in Lake Placid to the late Harold and Marjorie (Kennedy) Darrah. He spent much of his early life working on the bobsled runs. Russell then enlisted in the U.S. Army and served in the Korean War. After his service, he met and fell in love with Anna (Smith) Darrah. They shared 59 years of marriage until Anna’s passing in March of 2012. Russell worked for Niagara Mohawk in the gas department until his retirement after 30-plus years of service.

Russell was an avid Syracuse basketball and New York Yankees fan. He enjoyed camping, fishing, hunting, cooking and spending time with his family.

He was predeceased by his wife Anna and his three brothers: Robert Kennedy, Ralph Darrah and William Darrah.

A private interment for both Russell and Anna will take place in Lake Placid in the spring.