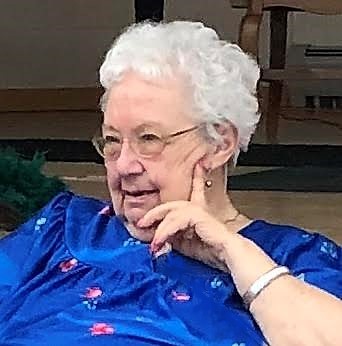 Mrs. Baker was born March 15, 1928, in Weybridge, Vermont, the daughter of Edward A. Bougor and Florence (Fortier) Bougor. She was the wife of Bernard P. Baker. He predeceased her on March 21, 2009; at that time they had been married 62 years. At the age of 2 her family moved to Ticonderoga. Growing up she attended a two-room schoolhouse on the outside of Ticonderoga and attended high school in Ticonderoga.

Her first job was in Severance outside of Schroon Lake. This is where she met her husband Bernard, who had just returned from the South Pacific after serving in the Marines. Bernard worked for his family on their family dairy farm and delivered milk to the restaurant she worked in.

A funeral service will be held Saturday, Nov. 23 at 11 a.m. at the M.B. Clark Inc. Funeral Home, Saranac Avenue, Lake Placid. Burial will follow at North Elba Cemetery in Lake Placid. As per Dorothy’s wishes, a celebration following the burial will be held at the Church of Jesus Christ of Latter-Day Saints, John Brown Road, Lake Placid.

The M.B. Clark Inc. Funeral Home in Lake Placid is in charge of arrangements. Relatives and friends are invited to share a memory, order flowers or leave condolences at www.mbclarkfuneralhome.com