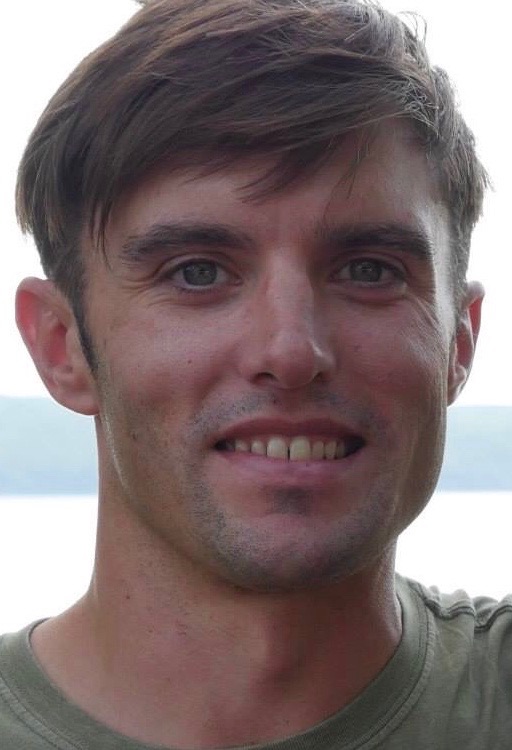 Tate grew up on the slopes of Greek Peak, where he followed in the ski tracks of his parents Gary and Carroll MacDowell and his brother Travis MacDowell, making effortlessly stylish turns, tearing through the halfpipe and sharing his love for skiing with others as a ski instructor.

He spent his summers in Saranac Lake, where his parents grew up and grandparents still lived, hanging his head out of his dad’s tour boat as it traveled throughout the lakes, and filled days at the family’s camp throwing axes, swimming and dreaming up wild projects to create.

Tate graduated from Dryden High School in 1999 before going to Tompkins Cortland Community College, where his father was a professor, and graduating from Ithaca College with a bachelor’s degree in TV and Film in 2003.

With a degree in hand and love of skiing in his heart, Tate traded in his short skis for fat ones, heading west to Jackson Hole. There he found a place among Jackson’s legendary ski community, making a name for himself on the mountain and in the edit suite at Teton Gravity Research.

Tate worked with the biggest names in sports film before starting Death Cookie Entertainment. He created dozens of films, TV series, commercials, award shows and more with a meticulous touch and creative joy that was purely his. Tate’s impressive portfolio of projects won an Emmy and received numerous accolades and hundreds of millions of views.

With the documentary “Mountain in the Hallway” (2017), which Tate executive produced and starred in, he inspired people worldwide to push through obstacles and enjoy life’s beautiful ride.

Tate was an emissary of stoke, treating all people with kindness and bringing endless joy to those around him. His cunning sense of humor shone through as a dad and through his creative collaborations with friends.

Tate was born in Ithaca in September 1980 and passed away peacefully in Cardiff-by-the-Sea, California, in October 2019.