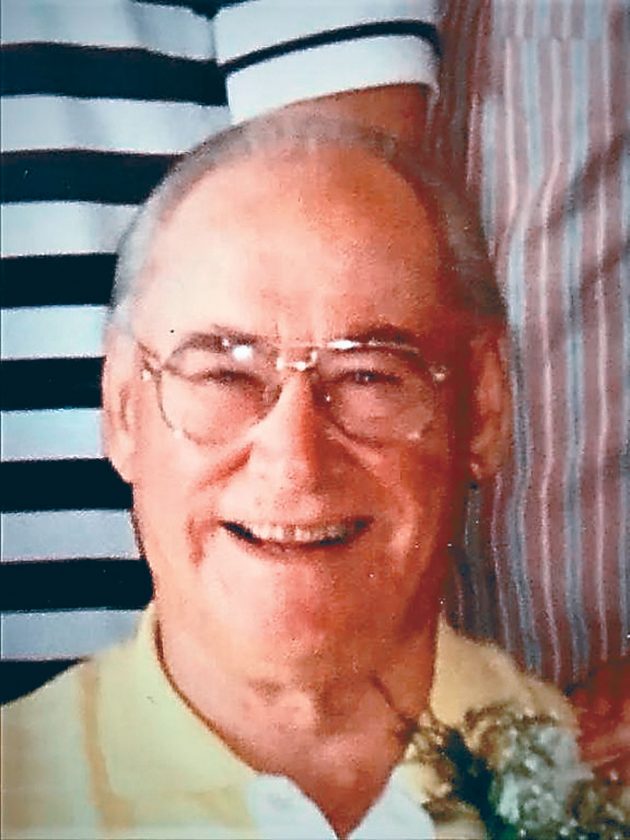 Bucky (and his twin sister Joyce) were born in Saranac Lake on Oct 15, 1928, to Edward and Edith Woodruff Seney. Bucky was a 1946 graduate of Saranac Lake High School and served five years in the U.S. Navy during the Korean War, 1949 to 1953. Bucky was an insurance investigator for Retail Credit Corp. He was a longtime volunteer for the Lake Placid Pee Wee Association and was an avid bowler and golfer.

He married Shirley Wescott on May 21, 1955, and is survived by his daughters Elaine Raymond (Robert) of Queensbury and Nancy Cross of Metairie, Louisiana, and son Edward (Sandra) of Bow, New Hampshire, as well as six grandchildren: Major Derek Raymond (Lilya) of Tampa, Florida, Courtney Raymond (Bethany) of Harwington, Connecticut, Travis Cross (Morgan) and Sean Cross (Melissa), all of Metairie, Louisiana, Garett Seney (Alexa) of Boston, Massachusetts, and Morgan Seney Quealy (Kevin) of Portsmouth, New Hampshire; and seven great-grandchildren; Parker, Nicholas and Ryan of Tampa, Silas and Finley of Harwington, and twins Dawson and Noah Cross of Metairie. His was sadly predeceased by his wife Shirley of 60 years, as well as his seven siblings.

Donations can be made in Bucky’s memory to High Peaks Hospice or the Lake Placid Pee Wee Association.

A graveside service with military honors provided by the American Legion Post 326, Lake Placid, will be held Friday, Nov. 1 at 1 p.m. at North Elba Cemetery, Lake Placid, with a reception to follow at the American Legion Post 326 on Main Street. All military personnel are invited to attend. M.B. Clark Inc. Funeral Home in Lake Placid is in charge of arrangements. Relatives and friends are invited to share a memory or leave condolences at www.mbclarkfuneralhome.com.