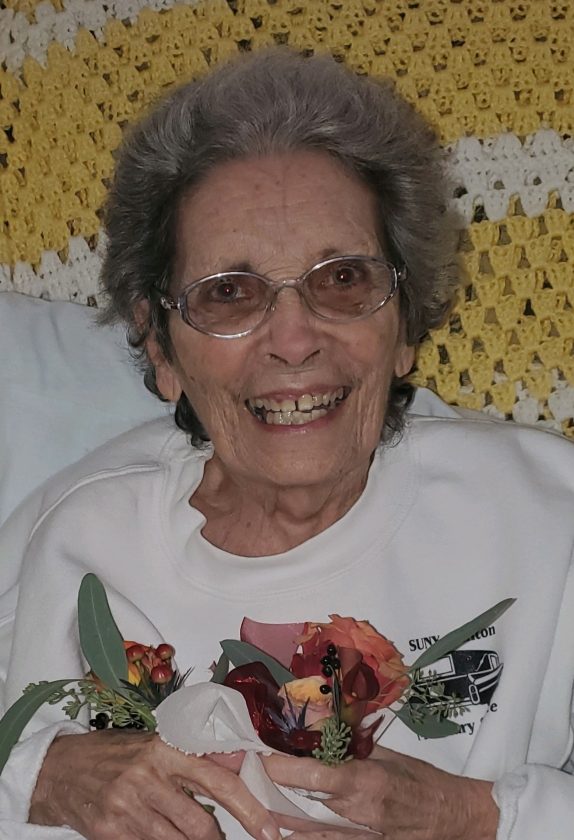 Funeral services are under the direction of Charlene Johnson-Allen at French Family Funeral Home, Star Lake. Calling hours will be Oct. 30 from 11 a.m. to 2 p.m. at the funeral home. A funeral Mass will follow at 2:30 p.m. at St. Hubert’s Church, Star Lake, with Father Shane Lynch officiating.

She is survived by her daughters Valerie L. and Lee Noel of Fulton, Donna L. and Francis “Frank” Whitelaw of Bloomingdale; a brother-in-law, Larry and Andrea Gore of Hamlin; a sister, Carmen Courtois; grandchildren Lee Anthony and Tara Noel of Cicero, and Angie and Dylan Molchanoff of Cicero; great-grandchildren Nathan, Sabrina and Vanessa Noel, Caiden Russell and Anabel Donovan; and several nieces and nephews.

Lucy was born on Feb. 6, 1931, in San Juan, Puerto Rico, the daughter of the late Francisco C. and Carmen L. Arzuaga Vigo. She married John “Jack” Gorr on April 12, 1952, in Star Lake. He predeceased her on March 1, 2005. She proudly worked at the Kennedy Space Center in Florida for McDonnell Douglas. Prior to that she worked for many years in the office at Clifton-Fine Hospital. Lucy was a past matron for the Order of Eastern Star in Oswegatchie, a Girl Scout leader and a past parishioner at St. Hubert’s. She loved spending time with her family, creating porcelain dolls and making their clothing.

In lieu of flowers, contributions can be made to the Cranberry Lake Volunteer Rescue Squad. Online condolences can be made at www.allendeneshafuneralhome.com.