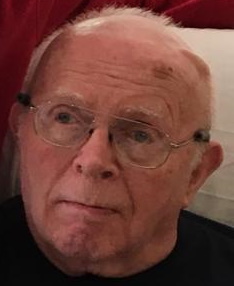 George was born April 12, 1933, at the same location when it was the Mercy General Hospital. His parents Fred and Shirley (Ingraham) Anderson lived at 7 Martin St., Tupper Lake, where he was raised, and it continues to be a family home.

George was a bachelor and took pride in his longtime career in the mail center at SUNY Potsdam, where he was recognized as “Employee of the Year.” George graduated from Tupper Lake High School in 1952. George served and is an Army veteran. He retired to Tupper Lake, where he was always a faithful and helpful visitor to his parents. For many years he has been a resident of Mercy Living Center, where he appreciated the staff, along with his family.

Surviving George is his brother Earl Anderson and his wife Barrie of South Hero, Vermont, and Naples, Florida. He also has two nieces and eight nephews. He always bestowed kind and humorous attention to his nieces and nephews in their childhood years. The family continues to grow with many grandnieces and grandnephews, and now two great-grandnephews and two great-grandnieces.

Including his parents, George is predeceased by his oldest brother, Fred, who died in childhood. He was also predeceased by his youngest brother Harold, his brother James and wife Patricia, his older sister Ethel Bower and husband Richard, and an infant grandnephew, Kevin Bower.

Memorial donations may thankfully be made to St. Thomas Episcopal Church, 8 Brentwood Ave., Tupper Lake, NY 12986, where George was proud to be a longtime, faithful parishioner.