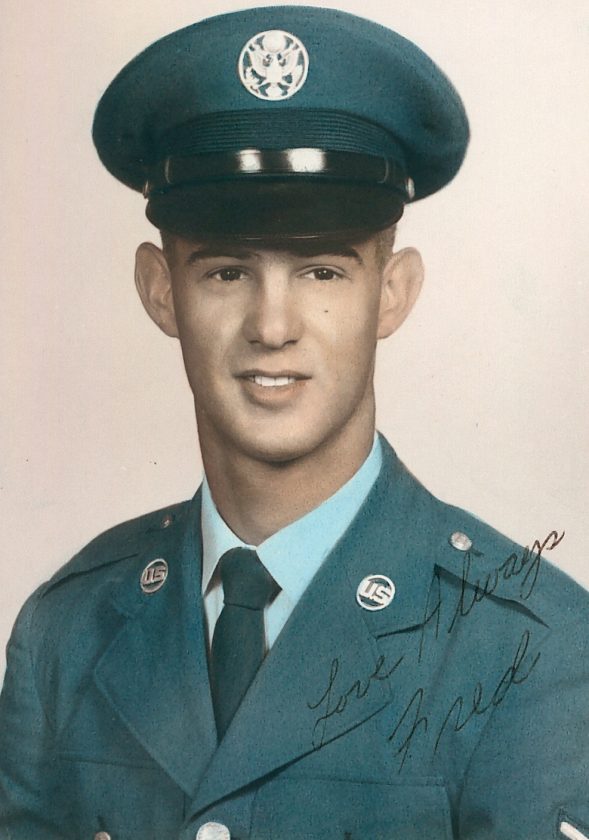 Fred was an air traffic controller for many years in Long Island, until the strike and firing of the controllers in 1981. He then worked for Autotote in the IT Department, setting up horse and dog racing tracks. He traveled a lot for this job; his home base was in Pownal. Vermont. Fred last worked for Bombardier in Plattsburgh after moving back to this area, where his mother, brother and children lived with their families. He is a veteran of the United States Air Force, serving as a sergeant during the Vietnam War conflict from 1964 to 1968. This is where he learned his skill as an air traffic controller.

He is survived by one daughter, Amy (Timothy) Munn of Saranac Lake, one son, Tod Golden of Chateaugay, and four grandchildren: Kellen and Nathalie Munn, and Brinn and Nate Golden. He was preceded in death by his parents; three brothers: Charles, Edgar and Francis Golden; and one sister, Mary.

Funeral arrangements are in care of the Fortune-Keough Funeral Home in Saranac Lake. There will be no calling hours. A Mass of Christian burial will take place at 10 a.m. on Monday, Oct. 14 at St. Patrick’s Church in Chateaugay with the Rev. Thomas Kornmeyer officiating. Burial will follow with military honors at St. Augustine’s Cemetery in North Bangor. A luncheon will follow at the American Legion in Chateaugay. In lieu of flowers, please consider a memorial donation.

Friends wishing to remember Frederick H. Golden may make memorial contributions to the American Legion Post 875 in Chateauguay or St. Bernard’s School, Saranac Lake, in care of the funeral home. Family and friends can also share their memories and sign the online guestbook at fortunekeoughfuneralhome.com.