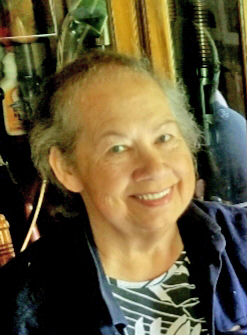 Teresa Wilson, 76 of Bloomingdale, passed away Tuesday Sept. 10, 2019, at the Adirondack Medical Center in Saranac Lake.

She was a lifelong resident of Saranac Lake and was employed at the American Management Association for many years. She enjoyed knitting and crocheting and spending the time with her pets Lizzy and Isabella.

She was born in Saranac Lake on June 3, 1943, the daughter of Lester and Joyce (Trushaw) Jenkins.

She is predeceased by her husband Donald Wilson Sr., who died Jan. 8, 2000; one son, Donald Wilson Jr. (Michelle) in 2015; two brothers, Donald Jenkins (Sally) and Robert Foley (Shirley); one sister and brother-in-law, Mabel Richards and her husband Doug; and by her parents Lester and Joyce (Trushaw) Jenkins.

She is survived by two sons, Daniel Wilson of Bloomingdale and David Wilson of Saranac Lake; one daughter, Donna Wilson (Ronald) Pecore of Cornwall, Ontario, Canada; two stepdaughters, Lois (Gary) Stearns of Ovid and Yvonne (George) Reynolds of Bloomingdale; one sister, Marie Rutherford of Moira; and one sister in-law, Sally Jenkins of Constable.

Calling hours are tentatively set to take place 11 a.m. to noon at the Fortune-Keough Funeral Home in Saranac Lake on Friday, Sept. 13. A funeral service will immediately follow at noon at the funeral home with the Rev. Paul Kelly officiating. Burial will follow at North Elba Cemetery in Lake Placid.

Friends wishing to remember Mrs. Teresa Wilson may make memorial contributions to Saranac Lake Volunteer Rescue Squad in care of the funeral home. Family and friends can also share their memories and sign the online guestbook at fortunekeoughfuneralhome.com.