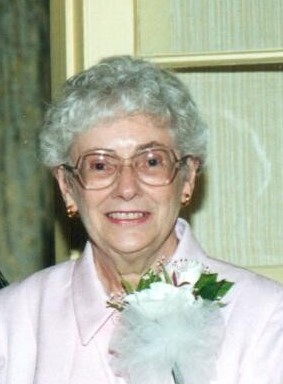 Born on Aug. 11, 1931, to the late Norman and Helena Cardinal, she was raised on her family’s farm in Tupper Lake. She graduated from Holy Ghost Academy in 1949.

She married Donald Dillon Reandeau of Tupper Lake in June of 1956 at St. Alphonsus Church. They made their home together in Tupper Lake until his death in 1995.

After graduation, she lived for several years with her sister Rena in Syracuse, where she worked and was able to follow her passion for country and western music by singing with local bands.

June worked at the local drive-in theater and the State Theater, owned by her brother-in-law and sister William and Pearl Donovan, as bookkeeper and ticket seller. She spent many memorable hours in the little ticket seller’s booth at the theater greeting Tupper Lake moviegoers. In later years she worked as a home health aide, a job she found very rewarding.

She was a lover of music, and her beautiful voice brought much pleasure to her family and friends over the years. Especially joyful were those times with her mother on the piano, her brother on the violin and June harmonizing with her sisters at family gatherings.

Devoted to church and prayer, she was a member of the Legion of Mary, where she held the post of treasurer, and the St. Anne’s Society. An avid gardener, bingo player and berry picker, she loved being with her family and hosting chicken-and-dumpling dinners for everyone.

Predeceasing June were her parents, her husband, her brother Walter Cardinal and her sisters Pearl Donovan, Rena Cardinal and Violet Cardinal.