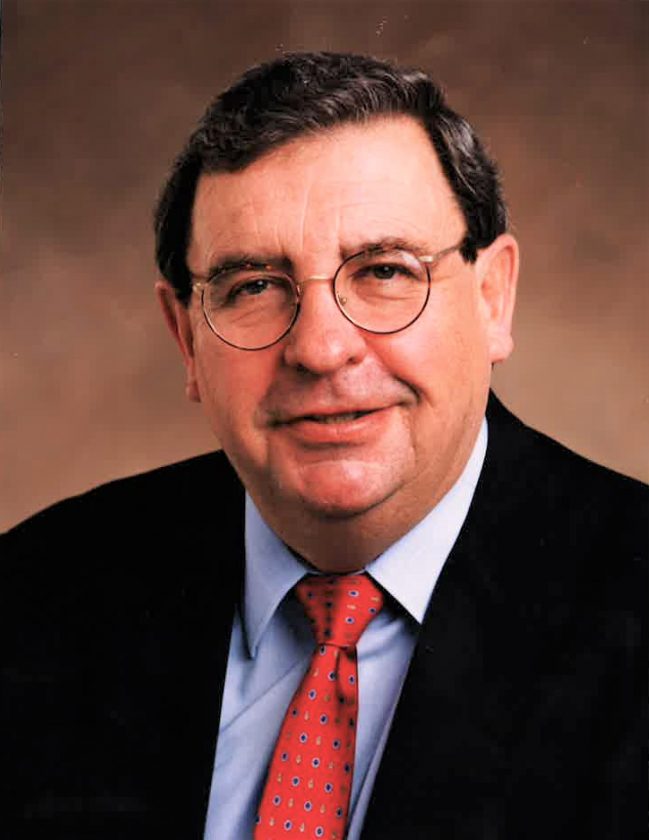 J. Patrick “Pat” Barrett passed away peacefully at home among family and friends at age 82 on Sept. 2, 2019.

Born Feb. 5, 1937, in the small town of St. Regis Falls, Pat ascended to become a pillar of New York City and Syracuse, building businesses, travelling the world and — most importantly to him — raising his family before returning to his beloved Lake Placid.

A 1954 graduate of St. Regis Falls High School, Pat graduated from Siena College in 1959. During his years in business he rose from bartender and bank teller to president of Carrier Corp., CFO of Norton Simon Inc., and Chairman and CEO of Avis Inc.

Pat generously contributed his time, know-how and resources to improve his community and country. He served as a trustee of Syracuse University, chairman of the board for Lincoln Financial, chairman of the Olympic Regional Development Authority for New York state, and was appointed by President Ronald Reagan to the President’s Board of Advisors on Private Sector Initiatives, also chairing President Reagan’s “Vote America” program. Pat is also a former chair of the Republican Party of New York state and Onondaga County.

Pat loved America, the North Country, politics and Fox News (although it is unclear in which order). Pat was known as both the toughest negotiator and kindest soul. He had an often-noted exceptional ability to remember someone’s name and diagnose their character after only meeting them once. Pat was also known for his limitless generosity and his ability to tell a great story (or two).

He was preceded in death by, and shall be reunited in Heaven with, his mother Evelyn Flanagan Barrett, his brother Tom Barrett, and his son Edward Robb “Ted” Barrett.

Among the countless life lessons Pat taught his sons, one was from his hero, Gen. George Patton: “It is foolish and wrong to mourn the men who died. Rather, we should thank God that such men lived.” Indeed, the Barrett family profoundly thanks God for the remarkable life and legacy of Pat Barrett.

A Catholic funeral Mass and celebration of Pat will be held at noon on Monday, Sept. 16 at St. Agnes Catholic Church, 169 Hillcrest Ave., Lake Placid. In lieu of flowers, the family asks that donations in Pat’s memory be made to St. Agnes Church in Lake Placid.

The M.B. Clark Inc. Funeral Home in Lake Placid is in charge of arrangements. Relatives and friends are invited to share a memory, upload a photograph or leave condolences at www.mbclarkfuneralhome.com.