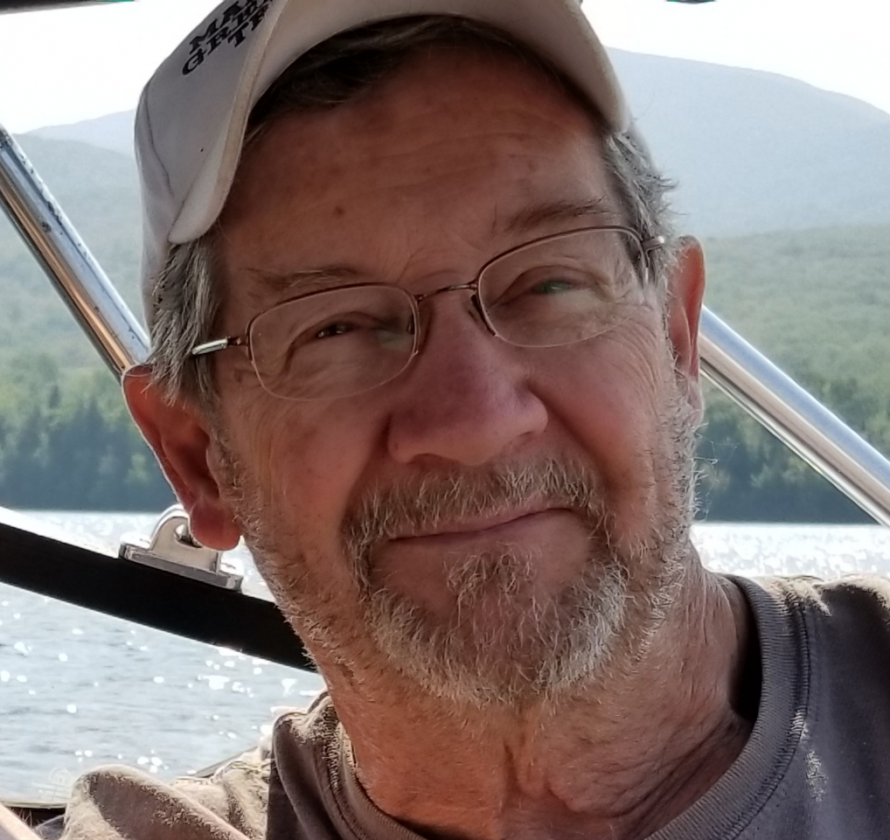 Jim was born in Saranac Lake on June 11, 1936. He was the son of Russell Cronin and Elizabeth (Walsh) Cronin. He married his sweetheart Rita Darrah on Sept. 3, 1955.

After living in Saranac Lake for his childhood, he moved with his wife to Syracuse. They returned to Bloomingdale after having their daughter and lived there for many years. Jim worked for American Management Association and upon retirement, moved to his Adirondack home on Chazy Lake. He was a man of many hats. Having spent time in the Army National Guard, he was also Fire Chief in Bloomingdale for a time. He was a board member for the town of St. Armand.

Jim was an avid hunter and outdoorsman. He looked forward to hunting season every year. After giving up his motorcycle riding, he loved to be on the water as the captain of his boat.

Jim was well known for his woodworking and craftsmenship of Adirondack furniture and lamps. He loved to travel and spent many hours cheering on his beloved New England Patriots.

“Poppy” as he was known to most, loved being surrounded by his harem of girls, and was ecstatic to welcome his great-grandsons into his life. His most cherished moments were spending time with his family and friends.

He is survived by his wife Rita of 63 years; his daughter Tracy Hagar and her companion Don Barton of Plattsburgh; granddaughter Rebecca Hamilton and husband David of Plattsburgh; granddaughter Courtney Lewis and her husband Jeremy of Lewis; two great-grandsons: Elijah Hamilton and Nolan Lewis; his brother Robert Cronin and his wife Phyllis; and cousin Cindy Micho and her husband Bob. He leaves behind many other beloved family members and friends.

Funeral arrangements are in care of the Fortune-Keough Funeral Home, 20 Church St., Saranac Lake. Calling hours will take place at Fortune-Keough Funeral Home in Saranac Lake from 3 to 6 p.m. Friday, Aug. 16. A Mass of Christian burial will take place at 11 a.m. Saturday, Aug. 17, at St. Paul’s Church in Bloomingdale, directly followed by a burial in St. Bernard’s Cemetery.

Friends wishing to remember Jim may make memorial donations to Hospice of the North Country in care of the Funeral Home. Family and friends may also share memories and sign the online guestbook at fortunekeoughfuneralhome.com.