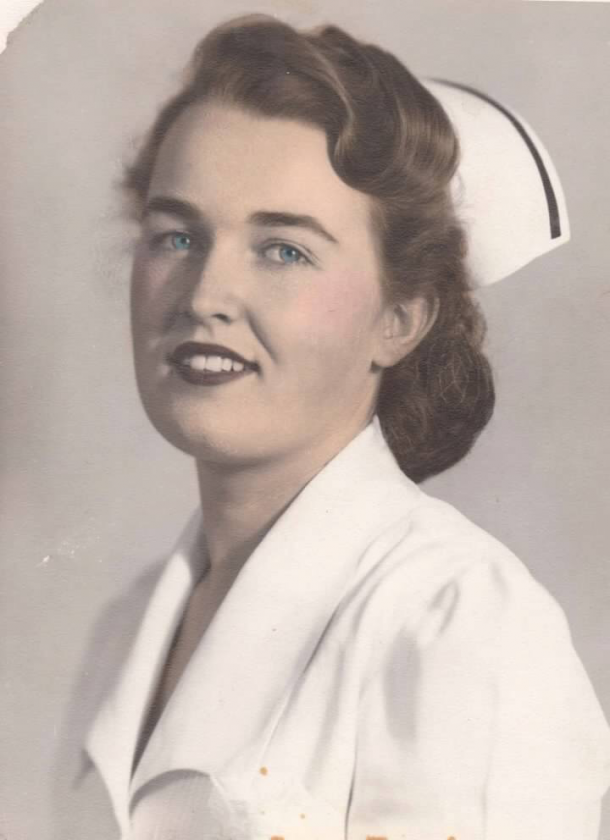 Jeannette was born on April 16, 1926, in Morrisonville, the daughter of John and Vida (Adcock) Pardy. She was the eldest of six children.

Jeannette married William Davis on Sept. 26, 1945, in New York City while she attended Champlain Valley School of Nursing in Plattsburgh. William predeceased Jeannette on Jan. 21, 1989. Together they had two children, Carol and Patricia. Jeannette later married Robert Sheppard; he predeceased her on April 28, 2013.

Jeannette was a beloved caregiver, mother and grandmother. She was employed as a registered nurse for over 40 years at the General Hospital of Saranac Lake (later called Adirondack Medical Center). During most of her career she held a supervisory position, starting out in maternity and transferring to medical, where she stayed for the remainder of her career. She entered Champlain Valley School of Nursing in Plattsburgh in 1943. There she studied and worked very hard for three years to earn her RN. In 1946, she was employed by St. Mary’s Hospital in Troy while her husband, who had just completed his service in the Army Air Corps, was studying refrigeration and air conditioning. Their first child Patricia was born while they were in Troy.

In 1947, Jeannette and her family moved to Saranac Lake, where she began working at Saranac Lake General Hospital. During her years working at the hospital she also volunteered for Saranac Lake Voluntary Health Association (formerly the TB Society). Their second daughter, Carol, was born in Saranac Lake. Jeannette retired in March of 1988. After retirement she volunteered at the Visitor Interpretive Center at Paul Smiths and High Peaks Hospice. She enjoyed knitting, quilt making, hiking and swimming.

Jeannette is survived by her daughters Carol (John) Niederbuhl of Bloomingdale, Patty (Gerry) Gillmett of Lake Clear and a sister, Mary Ziegel of California, as well as six grandchildren, four great-grandchildren and several nieces and nephews.

Jeannette was predeceased by her mother and father; her first husband William and second husband Robert; two brothers: John and Donald Pardy; and two sisters: Barbara Campagna and Sharon Altiere.

Funeral arrangements are in care of the Fortune-Keough Funeral Home. At Jeannette’s request, there will be no calling hours. A graveside service will take place at 11:30 a.m. Saturday, Sept. 28 in Mountain View Cemetery in Gabriels with the Rev. Eric Olsen officiating.

Memorial donations in Jeannette’s memory can be made to the Saranac Lake Voluntary Health Association in care of the Fortune-Keough Funeral Home, 20 Church St., Saranac Lake, NY 12983.

Family and friends wishing to remember Jeannette Davis Sheppard can share their memories and sign the online guestbook at fortunekeoughfuneralhome.com.