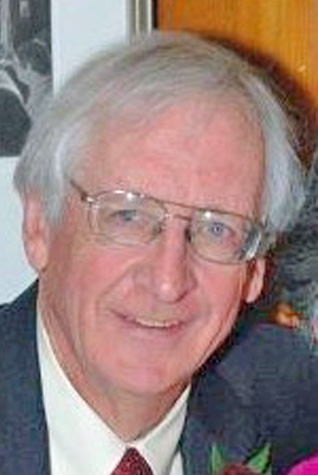 Harry Stuart of Lenox, Massachusetts and Saranac Lake, passed away on July 27, 2019 at Brigham and Women’s hospital in Boston with his loving family by his side. He fought a valiant battle against an aggressive B-Cell lymphoma for nearly a year, but in the end he was unable to file for any extension of time.

He was born on Oct. 9, 1943 in Saranac Lake to Harry and Eileen (Wheelock) Stuart. His father died in February 1950 and his mother married Cleo McCasland in August 1951. Upon graduating from Saranac Lake High School in 1961, he earned a BA in Economics at the University of Pennsylvania’s Wharton School, and an MBA in Accounting from the University of Michigan Graduate school of Business in 1966.

He joined Price Waterhouse in New York City as a senior accountant in 1966.  When he was drafted for military service, he elected to join the US Navy and arranged for a delayed reporting date so that he could continue working at Price Waterhouse for a brief time.

After entering Navy Officer Candidate School in Newport, Rhode Island, where he was the cadence caller and section statistician for Hotel Company of OCS Class 710, he attended Navy Supply Corps School in Athens, Georgia.  That same year, he married his first wife Helen (Charland) with whom he had three children. He was deployed to the U.S.S. Henry County (LST-824) stationed in San Diego, California and served as a lieutenant until his ship’s decommissioning in the summer of 1969.

Upon his discharge, Harry returned to Price Waterhouse. After his first child was born, he began to look for a part of the country where he could raise his growing family and settled in the Berkshires in 1972.

He began his career in the Berkshires as treasurer and controller of Berkshire Bank & Trust. The unexpected death of the bank president two years later and a subsequent merger eliminated his position so he began commuting daily to his position as controller at the Springfield Institution for Savings in 1976.

That same year, he also began working nights and weekends during tax season with a local CPA who had just started his own practice. Two years later, he and Tim Doherty were partners in Doherty & Stuart, PC, a partnership that continued for 40 years until the unexpected retirement of his partner in early 2018.

He was devoted to his clients, wanted to learn about their lives, and developed lifelong friendships with many of the individuals he served.  He was also very proud of his efforts as treasurer and trustee of the Dowmel Lecture Series, which provided free lectures from well-known public figures on a broad range of current topics to the public and students.

He was equally devoted to his family and made the time to participate in all their events.  He was known for his cowbell ringing at Amy’s cross country ski meets, cheering loudly at Brian’s soccer and baseball games, supporting David in his many adventures with excitement and more than a bit of anxiety, and always being there for anything his family needed.  He especially loved hiking with his children and friends and was very proud to become a member of the Adirondack 46rs.

He also loved giving back to his community and supported many organizations, both in Lenox and Saranac Lake.  He was on the boards of the Norman Rockwell Museum and Stockbridge Golf Club, where he loved playing golf and made many friends.  He also served on the Family Selection Committee for Habitat for Humanity for many years, and was instrumental in building the Adirondack Carousel in Saranac Lake.

He met the love of his life, Claudine (Chavanne) in 1991 and they began a lifetime of wonderful adventures together, highlighted by their marriage in 2003.

Harry will be missed dearly by his loving wife, Claudine Chavanne of Lenox; his children Amy D. Stuart of Newton, Massachusetts; Brian J. Stuart and his wife Sarah of Poulsbo, Washington; David J. Stuart of Hinsdale, Massachusetts; his grandchildren Shannon, Carter, Katie, Quinny, Alden and Lillian; and by the many people whose lives he touched.

In lieu of flowers, donations in Harry’s memory may be made to Saranac Lake Youth Center or the Adirondack Carousel Central, care of the Roche Funeral Home, 120 Main Street, Lenox, MA 01240 or via their website.