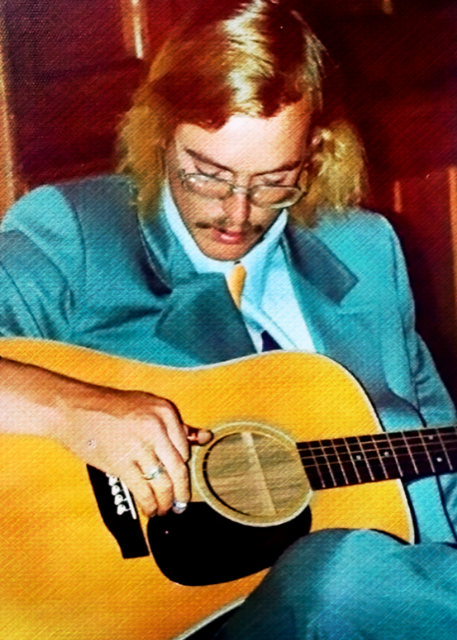 Allen Thomas Clement III “Tom” passed away peacefully listening to singer/songwriter Tom Rush’s “River Song” at Elderwood of Uihlein at Lake Placid on July 11, 2019. By his side were his son Josh Clement and lifelong friend Billy Allen.

Tom, or T.C., as many friends knew him, was born in Washington, D.C. and grew up on a farm in Maryland. After spending many summers in Saranac Lake he moved there full time, attending both his junior and senior years at the Saranac Lake High School. He graduated from there in 1971.

Tom loved boating on the Saranac River and chain of lakes. He spent considerable time with his beloved wife, Susan Corneau Clement, who predeceased him in 2008, soaking in the sounds of Adirondack nature at their camp on Papoose Island near Miller Pond (Oseetah). Throughout life’s trials and tribulations, the twosome were a true team, offering smiles to all who crossed their path.

Tom was an avid acoustic guitar player, counting Tom Rush, Bob Dylan, Don Williams, and Robbie Roberson as just a few of his many influences. He told his son, Josh, that just as Dylan went electric at the 1963 Newport Folk Festival, the younger Clement would one day go acoustic in Saranac Lake. He was right. Mostly. Tom always left a little wiggle room for error, often stating, “It’s good practice”.

Tom was a Major League Baseball fan, never missing a chance to catch his team, the Yankees, play. The Orioles hat he often wore was to fool the locals, who can be a bit rabid at times. Especially those pesky Cleveland fans. You know who you are!

Tom loved cats, although he didn’t much care for naming them. A few of his feline companions over the years were Mr. Cat, Mrs. Cat, Miss Kitty, and Mama.

Tom lived for laughs and possessed a sarcastic wit second to none. Those who crossed his path tell stories that may or may not be true. Tom would say, “If that’s how they remember it, who am I to say different? A good time was had by all!” Although Tom had many friends, two would leave him smiling just knowing they made the obituary. Rick Knobel and Billy Allen were brothers forever and always.  (Ask Billy about the infamous trip he and T.C. made to Summer Jam at Watkins Glen on July 28, 1973.)

Those wishing to remember Tom and raise one in his honor can join family and friends for a Happy Hour reception 3 to 7 p.m. Monday, Sept. 9 at The Downhill Grill in Saranac Lake.

Tom was a man who liked to get in the last word from time to time. Picture him yelling these words as he waves goodbye from his doorstep on Pontiac Street. “If I don’t see you in the future, I’ll see you in the pasture!”

Funeral arrangements are in care of the Fortune-Keough Funeral Home in Saranac Lake.