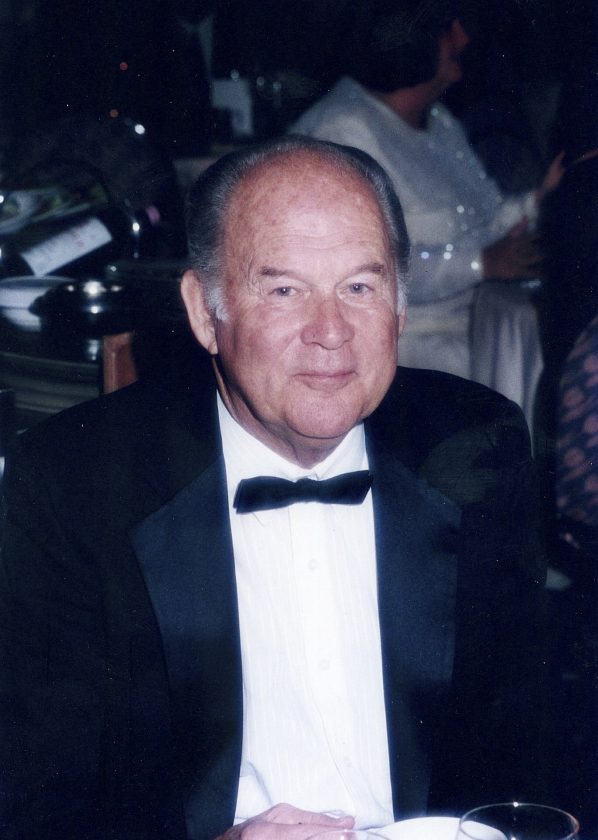 Bill was born in Saranac Lake on Dec. 21, 1920, to William G. Scheefer Sr. and Alma Valida (Cumm) Scheefer. He graduated from Saranac Lake High School in 1939 and St. Lawrence University in 1943. He attended Yale University, studying math. In March 1944, Bill entered the United States Army Air Corps as a communications officer and was honorably discharged in May 1946 as a first lieutenant. He was stationed in North Africa (Oujda, Oran), French Morocco and Italy. In 1945 he was assigned as detachment commander. In 1946 he applied to Columbia University and was accepted to study optometry. In 1946 Bill took over Scheefer’s Jewelry store from his father, due to illness, and ran the business until 2004, when he retired. He served on the General Hospital Board of Directors from 1953 until 1960 and again from 1982 until 1988. He was president from 1957 until 1959 and treasurer from 1986 until 1988. Bill was at one time the head of the Saranac Lake Chamber of Commerce and was one of those people responsible for encouraging the Shoe Factory to move to Saranac Lake. Bill enjoyed skiing, tennis and playing softball for E. John’s Lounge.

Friends wishing to remember Bill may make memorial contributions to the Tri-Lakes Humane Society, the Saranac Lake Volunteer Rescue Squad or a charity of their choice in care of the Fortune-Keough Funeral Home, 20 Church St., Saranac Lake, NY 12983. Family and friends may also sign the online guestbook at fortunekeoughfuneralhome.com.