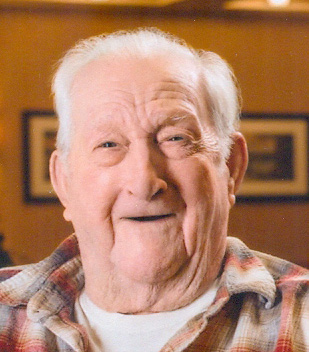 Born in St. Regis Falls, October 4, 1927, he was the son of the late Lawrence W. and Lillian Tuper Sovay. He graduated from the University of Delaware.

He served in the United States Army, stationed in Germany from 1944 until his Honorable Discharge in 1947.

He enjoyed woodworking, reading and gardening.

Survivors include one son and daughter-in-law, Gary and Debra Sovay of Dannemora, and one daughter, Linda Daunais of Redford, eight grandchildren, nine great-grandchildren and several nieces and nephews.

Along with his parents and his wife, he was predeceased by one sister, Oleta Roca.

Calling hours will be held from 11 a.m. to noon Monday, May 6 at the Cappiello-McKenzie and Cosgrove Funeral Home, in Fort Covington. A funeral service will be held at noon in the Funeral Home Chapel, with the Rev. Thomas Kornmeyer officiating.

Burial will be in the old St. Mary’s Cemetery, in Fort Covington.

Donations may be made in his memory to the Fort Covington Volunteer Fire Department and E.M.S.

Online condolences may be made to the family at www.brusofuneralservice.com.

Arrangements are through the Cappiello-McKenzie and Cosgrove Funeral Home in Fort Covington.