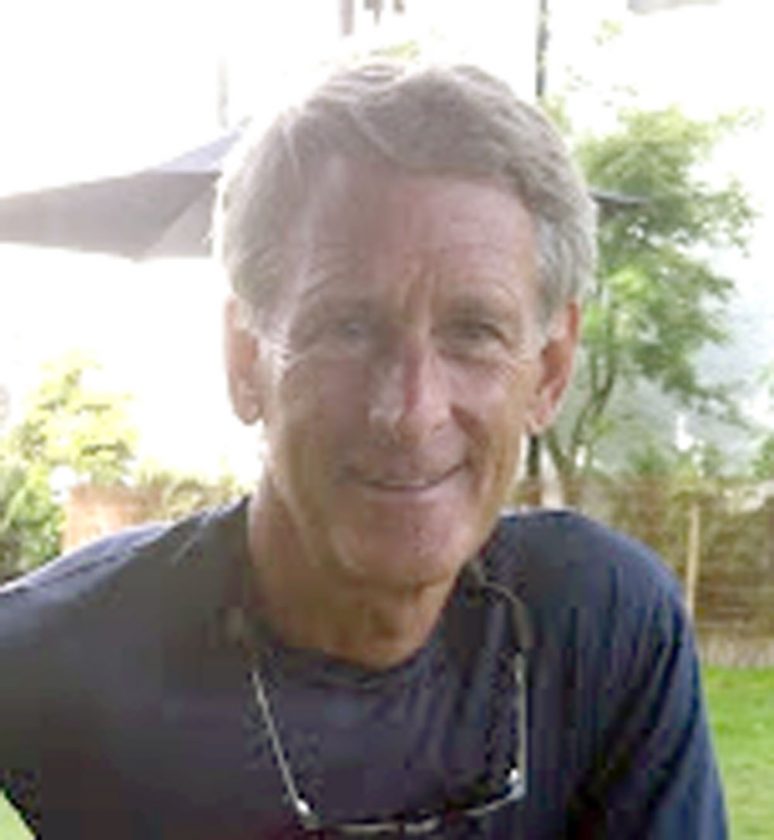 Ridgely “Chip” Harrison III, 67, died unexpectedly in a bicycle accident on April 22, 2019, on Longboat Key, Florida. He passed immediately with no pain while doing something he loved.

Chip was born in 1951 to Jeannie Frey Harrison (Drake) and Ridgely Harrison Jr. in Montclair, New Jersey, and grew up loving the outdoors, music and sports.

He attended Newark Academy, where he was a Hall of Fame swimmer, and was then recruited to swim at Cornell University, where he graduated in 1974.

His marriage to Lynn Arrison began in 1976. In his 26-year career at the Minwax Company, Chip rose from salesman to president, retiring in 2000. He was then a board member at Cabot Stain, trustee at Morristown Beard School in Morristown, New Jersey, and a stay-at-home dad. An avid golfer, he was a member of Canoe Brook Country Club since 1983.

Chip and Lynn lived in Flanders, New Jersey, for 32 years, where they raised three children, Ridgely, Katie and Willie. In 2006, Chip moved to Saranac Lake in the center of the Adirondack Park, his longtime dream.

He worked as practice manager of Medical Associates in Saranac Lake until 2012, when he truly retired.

Chip spent his most recent years hosting friends and family at their Upper Saranac Lake home, enjoying golf, bicycling, boating, cross-country skiing, moving wood around, and the cold. He was also a member of the board of the Upper Saranac Lake Association.

Chip was unassuming and generous, dedicated and hard-working, and a person so many of his family and friends admired and loved. He will be truly missed.

He is predeceased by his parents Jeannie Frey Drake and Ridgely Harrison Jr., and stepfather William Charles Drake.

In lieu of flowers, please make a gift in Chip’s memory to the Upper Saranac Lake Foundation (www.usfoundation.net). Condolences may be sent to www.brownandsonsfuneral.com.