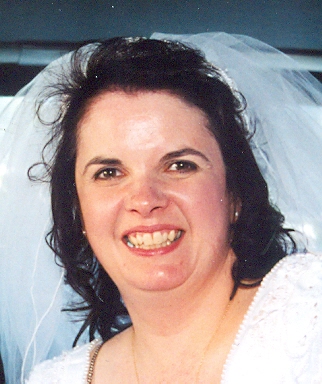 Elizabeth M. Mayer, 51, of South Bombay, passed away peacefully on Wednesday afternoon, Feb. 8, 2017, at her home while under the loving care of her family and Hospice of the North Country Inc.

Born in Malone on July 20, 1965, she was the daughter of the late Robert and Virginia Goodrow Hanna. She graduated from Franklin Academy in Malone in 1983. She later graduated from Canton, A.T.C. in Canton, with an associate’s degree in accounting.

Elizabeth was office manager for Paul Smith’s College in Paul Smiths for many years. She retired in 2015, because of her health.

She was a communicant of St. Mary’s Church, in Brushton. She enjoyed camping, shopping and collecting classic cars.

Along with her husband Patrick, she is survived by two sons: Jacob and Alex Mayer, both at home; three brothers and a sister-in-law William “Bill” Hanna of Malone, Michael and Maureen Hanna of Malone, and Robert “Bob” Hanna of Centennial, Colorado; one sister, Mary Ann Cadin of Fairfax, Virginia, and several nieces, nephews and cousins.

Besides her parents, she was predeceased by a sister-in-law Bess McKee Hanna.

Calling hours will be held from 2 to 4 and 7 to 9 p.m. Monday, Feb. 13, at the Cappiello-McKenzie and Cosgrove Funeral Home, in Fort Covington. A Mass of Christian burial will be celebrated at 11 a.m. Tuesday, Feb. 14, at St. Mary’s Church, in Brushton with the Rev. Raymond Moreau officiating. Burial will be in St. Joseph’s Cemetery in Bombay in the Spring.

Donations may be made in her memory to the Bombay Volunteer Fire and Rescue Department.

Arrangements are through the Cappiello-McKenzie and Cosgrove Funeral Home, in Fort Covington.

Online condolences may be made to the family at www.brusofuneralservice.com.