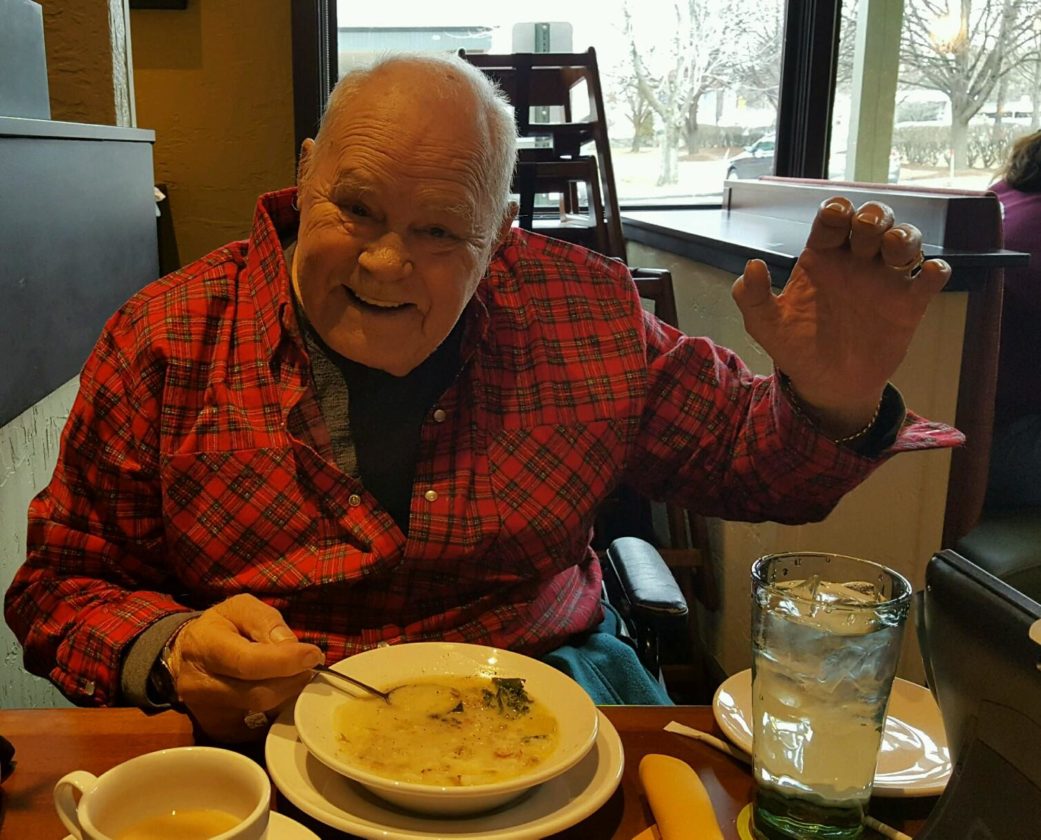 In 1961, he was working on a fishing boat in Fort Myers, Florida when he met Linda Lee Strack. He was smitten and the ultimate, true love story began. She was his Patsy Cline. They married on Feb. 26, 1962 in Michigan after a whirlwind romance of only two months. They had their first three children — Valerie, Rory and Lisa — before relocating to Linda’s hometown of Lake Placid, New York in 1968. Their last two children, Rana and Leslie were born in Lake Placid.

Don worked tirelessly as a carpenter until he retired in 1998. When Don wasn’t working or attending to family obligations, you could find him at the Craig Wood Golf Club or some other golf course fulfilling his passion. He played the game right up to the age of 77 when health complications made it impossible. This absolutely devastated him, although you could still catch him every once in awhile at the clubhouse to have some coffee or soup and hang with the guys.

Don was an avid Detroit Lions and Red Wings fan who also enjoyed fishing, gardening, watching Turner Movie Classics and, most of all, visiting with friends and family. His insatiable desire and will to live and make as many memories with these people as possible was evident in his positive attitude even at the end. There were at least a few times he could have just given up, but he overcame the incredible odds against him and pulled through yet again. He truly lived to love and loved to live and eventually his heart had grown so big and loved so much that it just had to rest. Although he was no longer quick on his feet, his brain remained sharp. The only thing quicker was his mouth. He will always be loved, cherished and remembered for the intelligent, genuine, loving, honest, witty and loyal family man he was.

Don has a large extended family, including close friends who will miss him greatly.

Don was preceded in death by his mother and stepfather Doris and Jerry DeBusschere, his father and stepmother, Mr. and Mrs. Stanley Dockham, brothers Bill and Dick Dockham and sister Ruthie Weaver.

Calling hours will be Tuesday, Feb. 21 from 5 to 7 p.m. at M. B. Clark, Inc., Funeral Home, Lake Placid. The funeral will follow at 7 p.m. with the Rev. Andrew Borden officiating.

The family suggests donations in memory of Mr. Hill be made to the Adirondack Health Renal Dialysis Unit, P.O. Box 120, Saranac Lake, NY 12983.

Relatives and friends are invited to share a memory, order flowers, upload a photo or leave condolences at www.mbclarkfuneralhome.com.