Getting amped up for the Lake Placid Film Festival 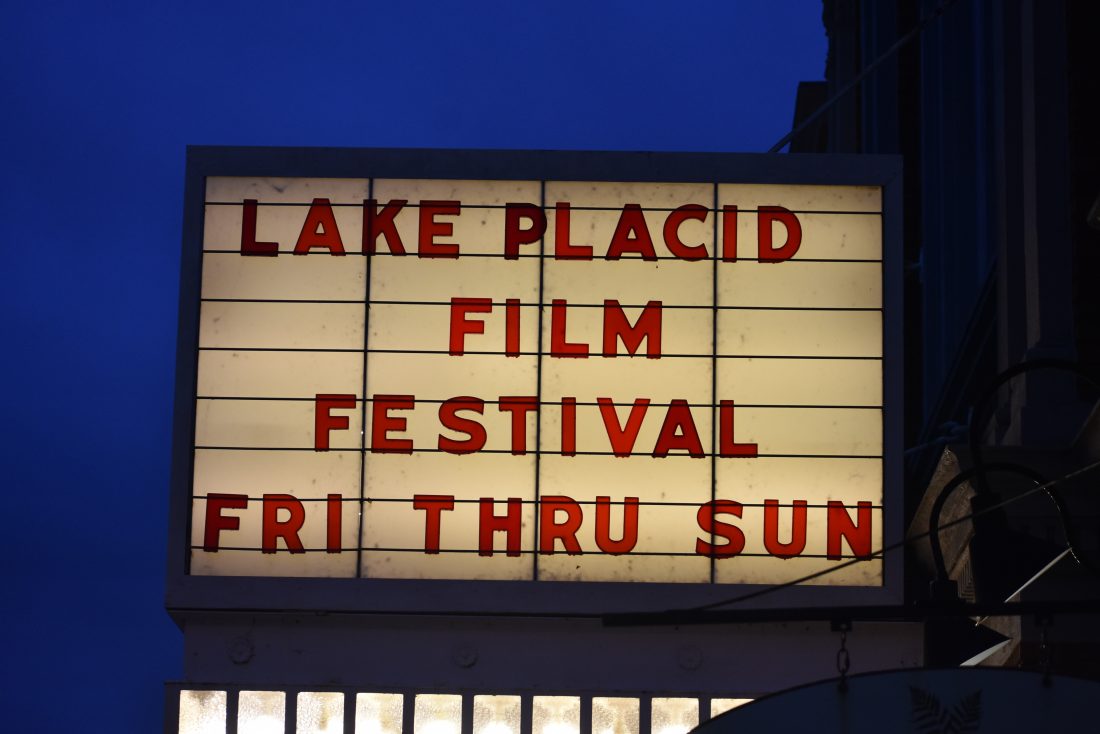 You can’t beat the big screen.

Streaming is great in terms of depth and accessibility of shows and movies, but there’s a real disconnect when you’re watching something on a living room TV or a laptop or a smartphone. And because binge-watching is now a thing, it all just starts to blur together. You don’t have any time to digest what you’ve just watched cause you’re already on to the next thing.

Also, if you’re a young, single, yet highly eligible bachelor like me, you’re probably alone when you stream.

Movie theaters are a group experience. Even, when you go alone, there’s most likely at least one other person in the theater with whom you can gasp, laugh and cry in unison. You form a special bond with this stranger in the dark three rows behind you.

I watched nine movies in three days — cartoons, documentaries, short films, art-house movies and classics — I got a good taste of everything. It was one of the best geeky experience of my life, right up there with the weekend I went to the New York City Comic-Con dressed as the Joker or that one time I took pictures outside 23 Heddon St., posing like David Bowie from the Ziggy Stardust photo shoot.

My personal pick for best in show last year went to “Prospect,” a low-budget sci-fi western starring Pedro Pascal (the dude who got his skull exploded by the Mountain in “Game of Thrones.”) I never heard of the film or saw any advertising, but I enjoyed the heck out of it. That’s the beauty in the film festival — you see films that aren’t summer blockbusters or been-there-done-that rom-coms. It’s like going to a brewery and ordering a flight. You get something different.

This year, I’m even more excited. Firstly, there will be classic screenings of oldies such as “The Great Escape” and “Abbott and Costello meet Frankenstein.” I’m only 25, so to finally get a chance to see those in an actual theater is huge. There’s also plenty of new films — “Olympic Dreams,” which is supposed to be like if you mixed Richard Linklater’s Before Trilogy with the 2018 Olympics in Pyeongchang, South Korea; “Scandalous,” a documentary on the ridiculous tabloid National Enquirer; and “Mickey and the Bear,” a feature about a young girl’s relationship with her opioid-addicted father.

These are just a few movies in the festival’s 30-film schedule.

I suggest anyone who likes movies to go out and support the film festival this weekend. Stop by the Palace Theatre, pour a box of Raisinets into a bag of popcorn and enjoy a film you probably won’t find outside of the festival circuit.

It’s hard to explain my love for the Lake Placid Film Festival, but maybe these comparisons will work. It’s my Miracle on Ice Fantasy Camp. It’s my Winter Carnival. It’s my Olympics.