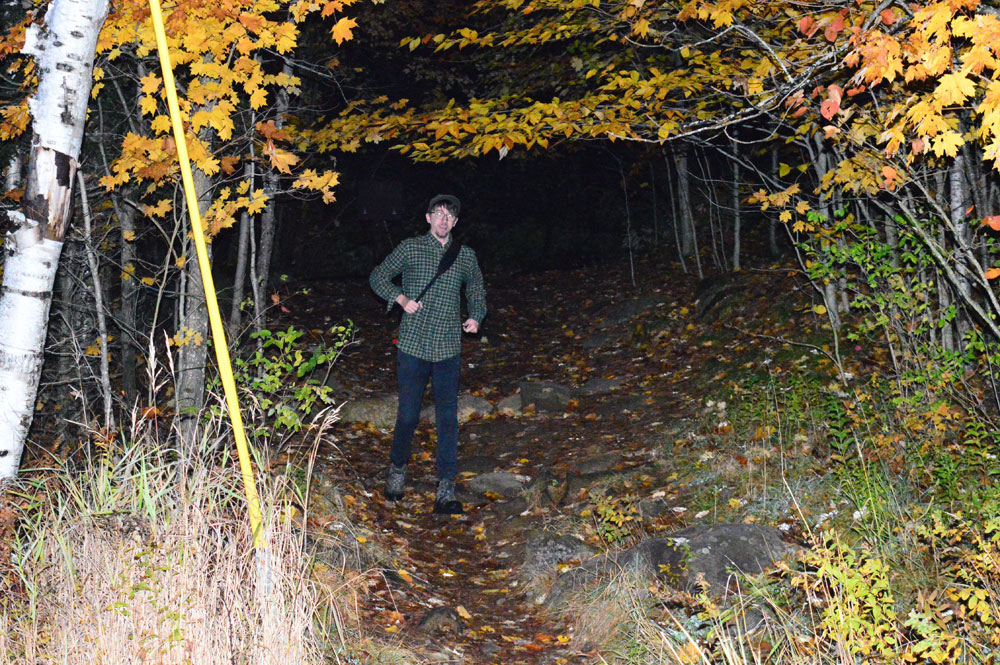 SARANAC LAKE — I’ve hiked Baker Mountain before but never in the dark.

It was 6 a.m., and I had 2,457 feet of Blue Line beauty in front of me. Sure, the moon was still high in the sky, but a layer of clouds blocked most of its light. Thankfully, my teammate Justin Simcox let me borrow his headlamp. It was definitely necessary, but I couldn’t see more than a few feet in front of me. The whole way up felt like a scene out of “The Blair Witch Project” — a first-person, tunnel vision of wet rocks and forest abscission. The only noises were crunching leaves and my wheezing bronchial tubes.

I also wasn’t apparently dressed for the occasion. Most of the racers looked more like, well, racers — thermal leggings, shorts, Under Armour shirts and running shoes. I looked more ready for a leisurely walk in the woods — hiking boots, a flannel and joggers, which despite the name, no one actually jogs in.

Another guy ran past me shortly into the trail. He was dressed for the occasion.

“How’s it going, mate,” he said, jogging around me.

Mate? Maybe he’s Australian. I later found out he was from Long Island and has never gone hiking before. And here he was, running past me into the darkness.

Baker isn’t long. I got to the top in about 30 minutes. But it’s all straight up. I caught my breath and punched the butterfly-shaped hole into my 6er ticket.

This is where things go a little off course, literally.

Even in the daytime, I don’t think I’ve ever successfully walked down the loop trail on Baker the right way. Once you get to the top, you find all these little, personal trails people have made over the years. They’ll eventually get you to where you need to go, but it can be confusing.

So I started hiking down something, I don’t know what. After I few minutes, I realized, I’m lost.

Nothing looked familiar. I was slipping over rocks and downed trees every step of the way. I could see town and understood what direction I needed to go, but I clearly was not on any path. Neither was the faux-Australian guy from Long Island. I saw him sprinting down the mountain, only he wasn’t heading toward the trailhead at Moody Pond. Looked like he was going toward Mount Pisgah instead. I tried yelling at him, but my voice didn’t carry far in the trees.

I called my teammate and co-worker, Aaron Cerbone to tell him I’m lost. He suggested using my GPS on my phone. So I do that, and my phone dies immediately. So I just keep walking and shouting, hoping someone will hear me, and I can follow their response.

I start to hear yelling, whistling and indistinct animal calls. I do the same back and head in the direction of the noise.

I found the trail. Turns out I was pretty much at the bottom of the mountain when I emerged from my bushwhacking escapade in the dark.

The two people shouting weren’t looking for me, though. It was another team, trying to find their “Mate.”

So the two went back into the woods and started shouting again. The guy from Long Island eventually got out and even hiked Haystack later that day just for the fun of it.

I got off Baker in a lukewarm 50 minutes. Despite my turnaround and loss of precious time, Aaron and Justin greeted me with noisemakers, a ringing bell and high fives.

That was my first and only 6er experience so far. I’m no pro, nor would I even call myself a novice trail runner. But if I had to pass on some advice — hike your mountain at least once to get some familiarity with it, and bring a headlamp if you’re the first runner on the 6er. It’s gonna be dark. 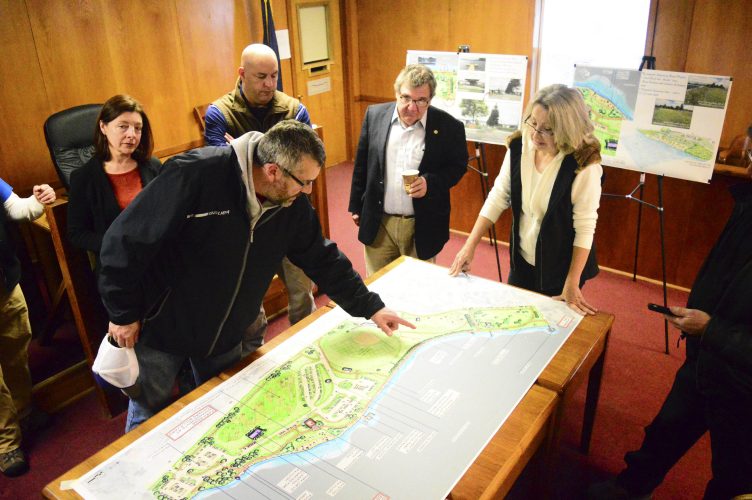