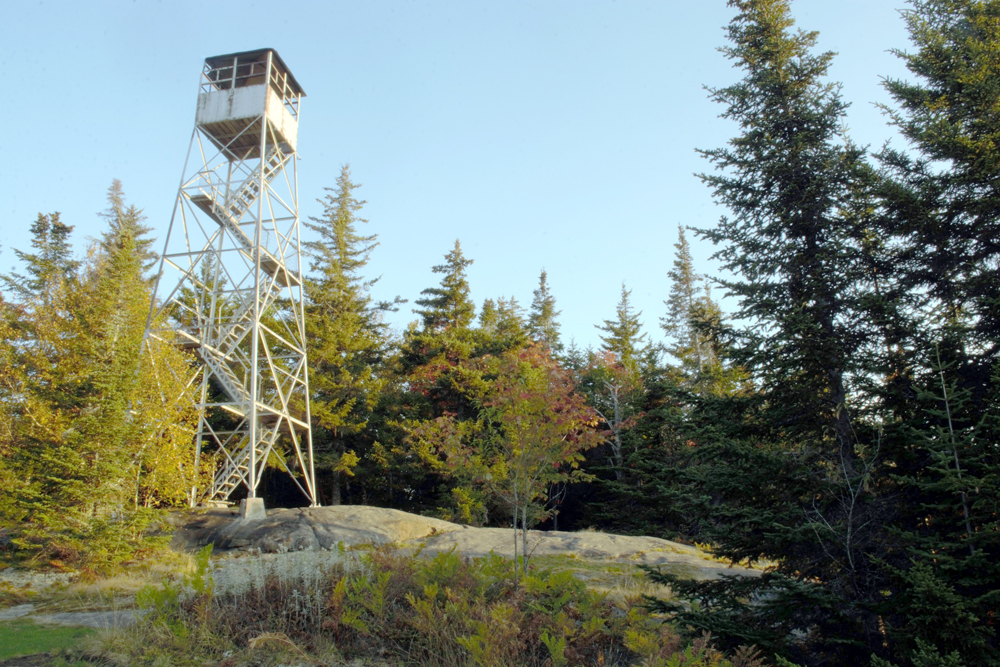 So I rolled out of bed and into some hiking clothes, made a big cup of tea for the road and headed out by 3:30 a.m. It would be several hours before I was rewarded for this dedication.

I drove for a little over an hour, and reaching Long Lake, turned onto Endion Lane, looking for the trailhead for Owls Head Mountain, a fire tower peak in the Sargent Ponds Wild Forest. It was still before 5 a.m. when I clicked on the headlamp and started up the trail, hoping the path would be obvious.

I was happy to see red state Department of Environmental Conservation trail markers, which were reflective. Even though the trail up Owls Head is well worn, the shiny reflection in the distance as my headlamp hit the markers was reassuring. It was also kind of scary, as a couple of times I caught a glimpse of something reflective but couldn’t spot it again right away, leading my brain to believe I had just seen the eyes of a bear that was stalking me.

Hiking in the dark is fun, but obviously a little more dangerous as well. There’s the added risk of missing a turn, following a herd path or twisting an ankle on an unseen root. I took it slow, knowing that the sun wouldn’t be up until about 6:45.

There was a fair amount of blowdown on the trail, including a few places where a tree had been there long enough that a herd path had formed around the obstacle. But even with more-than-average blow down, the trail was still easy to navigate.

The trail up Owls Head climbs a little bit in the beginning but then levels out for the middle of the roughly three miles (my GPS clocked 3.3 miles to the tower). At the 1-mile mark, the trail turns left to go up the mountain, while continuing straight would bring you to the DEC’s Lake Eaton campground. The third mile is a moderate climb, though there are a couple of places where scrambling with hands and feet needed to be done. At just over 3 miles, hikers reach the site of the old observer’s cabin, which is no longer there but the concrete footings and steps are still plainly visible.

Continuing past the cabin site, the trail narrows and gets steeper before leveling out just before the tower. The Owls Head tower kind of comes out of nowhere, as you’re in the woods until the very base of the steel structure.

For the first time, I clicked off my headlamp and began climbing the five flights to the cabin of the tower as the sky lightened and the faintest hint of red shone on the eastern horizon.

I got up into the cab and had some water while I waited for the sun to come up. It was about 6:40 when the top sliver of the sun came into view, and I snapped pics while watching the bright orange orb grow in size until it was above the mountains. There was mist hanging above each of the dozens of bodies of water that were visible from the tower. This was why I got up at 3 a.m. on a Sunday.

After a while in the cab of the tower, I went back down to the ground and had a snack in the sun. The leaves were starting to change and the sun was warm and despite the early start, it was a pretty awesome trip.