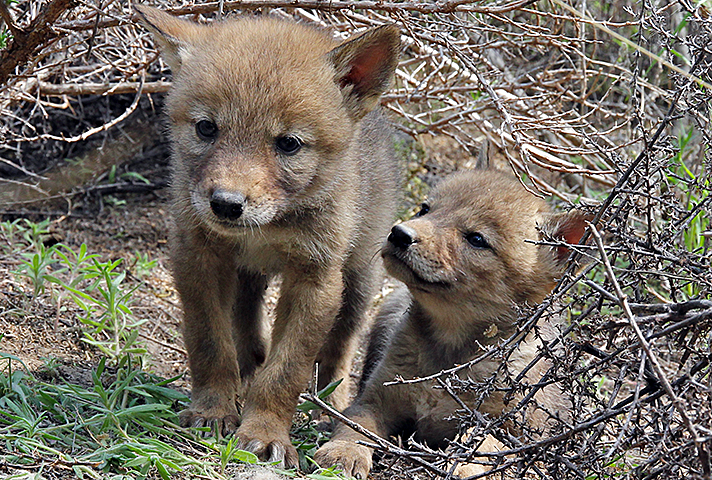 Have you ever heard the sound of coyotes (Canis latrans) baying at night? The call of a solitary wanderer? The yipping and howling of a young family moving swiftly through the forest? A chorus of voices raised in song for miles around? And if you have heard them, have you ever seen one?

While many people express fears about coyotes, this concern is often unnecessary. Coyotes are intelligent animals. And although they may occasionally kill sheep, young calves, and domestic cats (food) and dogs (territorial defense), attacks by coyotes on humans are exceedingly rare. In fact, coyotes are extremely reserved and wary of encounters with humans. After all, we’re their only natural predator. And because they prey largely on rodents and other varmints, as well as weak and sickly deer (thereby culling the herd), many naturalists consider them an important component of a healthy ecosystem.

When I was a boy, I didn’t realize that there were coyotes in the East. I thought their range was limited to Midwestern prairies, the west Texas plains, and the mesa country of the desert Southwest. Consider the iconic image of the howling coyote, silhouetted by a huge, yellow full moon. So I was quite surprised to learn, as a young man, that they’ve existed in eastern North America since the Pleistocene period, a million years ago. Today they range from Costa Rica to the Arctic regions of Canada and Alaska (a result of our warming climate).

While conservation efforts have enabled many large predators (e.g. wolves, bears) to rebound in several places in the U.S., coyotes have expanded into areas and situations where they’ve never been before without the help of humans. It’s worth noting just how extraordinary that is.

In fact, coyotes have proven themselves so remarkably adaptable, that they can now be found living in a diversity of habitats that includes heavily forested wilderness, dairy and cropland regions, heavily populated suburbs and large, metropolitan cities. Sightings over the past two decades, including several recent sightings, confirm that as many as 30 or 40 coyotes now live in the Bronx, Queens and Manhattan boroughs of New York City. No other carnivore has experienced a range expansion that is even close to comparable.

Genetic studies confirm that eastern coyotes are part wolf — mostly coyote, with some wolf and occasionally a bit of ordinary dog as well — which is intriguing since wolves are considered one of very few coyote predators. (Cougars are another.) Wildlife biologists speculate that, as western coyotes moved east through Canada in search of new territories, some mated with wolves, whose core Canadian population is in Algonquin Provincial Park in Ontario. A growing number of sportspersons suggest that these crossbred canines present behaviors and habits that make them distinctly different than either coyotes or wolves and, as such, should be classified as a new species, the “coywolf.” They claim that the hybrids are killing greater numbers of adult deer than coyotes did previously, particularly in the Adirondacks.

In actuality, coyotes are opportunistic feeders, with a diet consisting primarily of small animals (e.g. mice, voles, squirrels, rabbits, raccoons, muskrats, birds), insects, berries and fruit when available, and carrion, including deer killed by vehicles (especially in winter). They will occasionally prey on young fawns in late spring.

Coyotes rarely kill healthy adult deer. And even if deer do comprise more of their diet now than in the past, deer populations in northern New York are certainly not in decline. What’s more, other carrion eaters (e.g. eagles, crows, fishers, martens) can all benefit from coyote predation of deer, due to the increased availability of food.

Coyote range expansion has given rise to other concerns as well: some real, some speculative. Researchers at Cornell University, who’ve studied human-coyote interactions within the state, have determined that even when in close proximity to people, coyotes will select and inhabit natural areas and seldom consume human sources of food (e.g. garbage, bird seed, pets).

In New York, coyotes are classified as a fur-bearing species. You must possess a resident or non-resident hunting license to hunt them, and may use a bow, crossbow or firearm. They may be hunted day or night from Oct. 1 through March 29 except on Long Island and in New York City. There are no bag limits for coyotes.

A trapping license does not allow you to hunt furbearers. 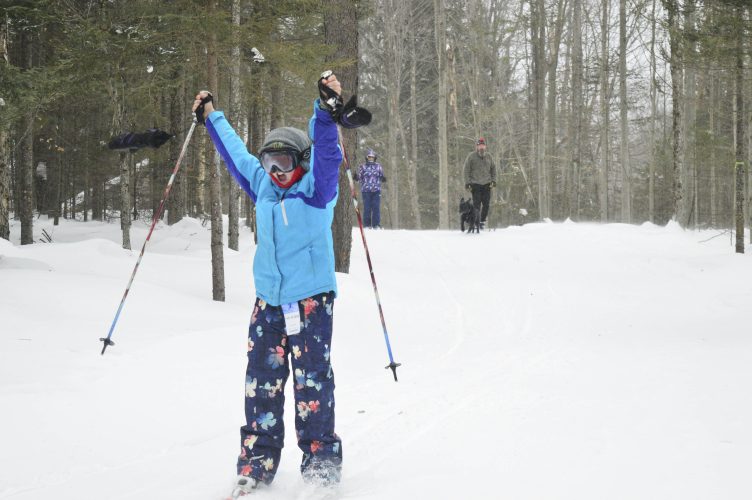