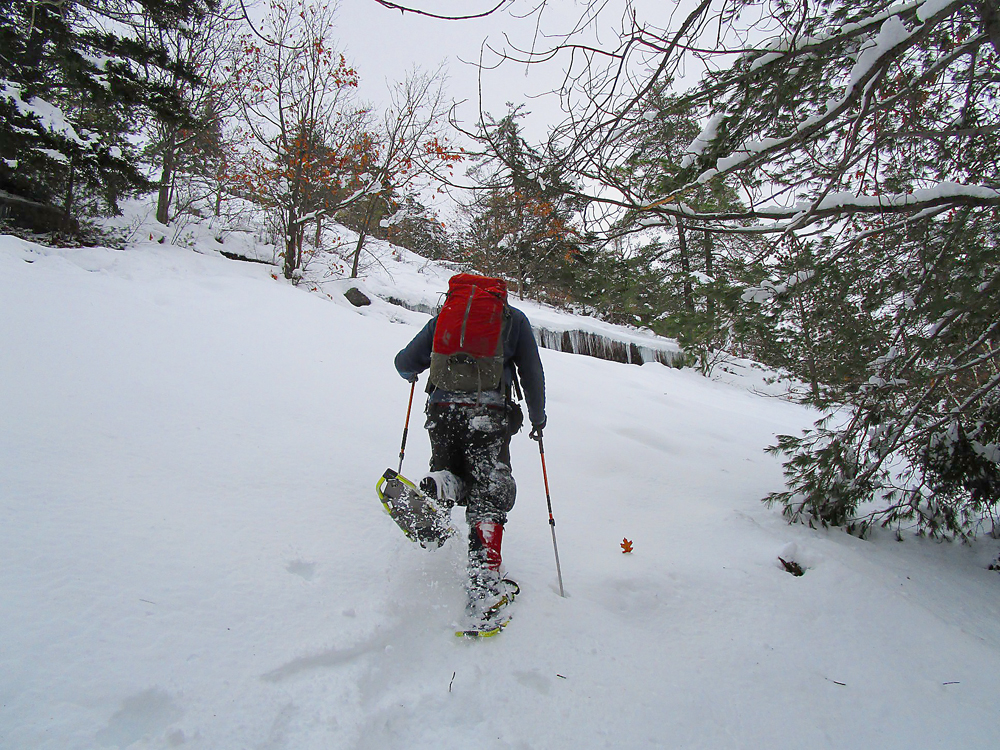 So what is “Swimming Through Trees?” Well, I guess it would be shorter to tell you what it isn’t. I can assure you it is not me swinging from tree to tree, pounding my chest and letting out a blood curdling howl. Not usually.

It’s more of an overall title that refers to playing in the backwoods. It came about many years ago when my hair was fuller and my beard closer to that of sand and not snow. Mainly it was derived from the repetitive act of pushing and pulling through dense spruce and fir thickets while climbing the Adirondack’s 100 highest mountains and bushwhacking the 46 High Peaks.

I have many passions, but the ones I can talk about freely are those where I find myself stomping through the forest. When I am out there, it takes my mind off everything adult-like, possibly because everyone I hike with has a similar demeanor as that of a child’s. That’s why we get along so well.

But mostly, it’s the mountains. Being in the mountains is like home to me, a natural place to be: calming, reflective, personal and at times downright euphoric.

Maybe it’s the Native American-Algonquin family heritage, but I also need it to keep at bay the Irish in me, which sometimes comes out with the summit beer or when I get a twig in the eye. 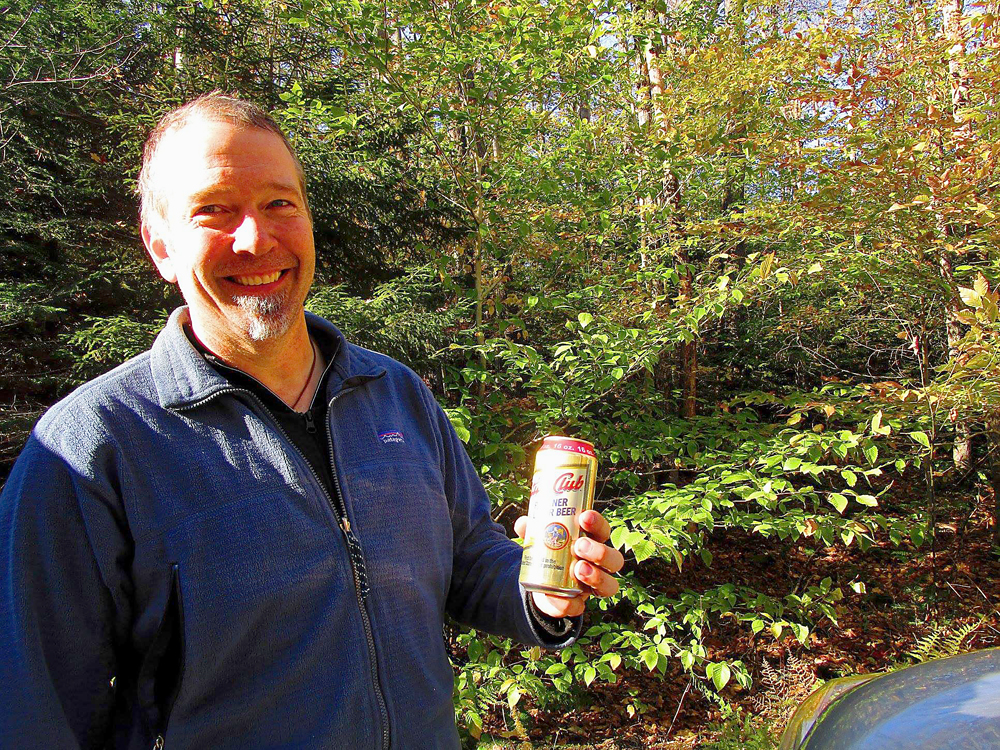 For me, the mountains also mean I get to play in all aspects of what make the Adirondacks so dear and close to my heart. I can hike, backpack, snowshoe, ski, paddle, take a dip, fat bike tour, catch and release a native trout, enjoy a cold local brew on a hot day from a summit (there I go talking about beer again), take a nip of a local New York bourbon on a cold day, and so much more.

My plan with this column is to introduce you to such shenanigans, and maybe you will want to follow suit or, who knows, maybe even join in.

As an Adirondack native from Long Lake, I have never hung my hat too far from that home, and always within the park. The mountains keep me going and that going keeps me young.

Currently, I have been spending my time in the pursuit of climbing all the named and notable peaks in the Adirondack Park, something I call my “Adirondack Peak Survey.” I have tallied up a list of around 2,350 peaks in all, and before I am all said-and-done, the tally will most likely top out at around 2,400.

Daunting but doable. Although some days I do question my sanity when I start conversations with myself, cursing the beech trees and singing the chorus line from an 80s hair band song because that’s all I can remember. But it’s a hobby, kind of like collecting stamps … OK that might not be a good example, but that 30-year-old glue can make things kind of euphoric too.

As I write this, I have currently topped out on 1,362 Adirondack peaks. I am excited to share some of what I’ve found with you and to introduce you to new places to explore and expand your senses. In doing this pursuit, I take advantage of all modes of foot travel, as well as paddling where I can and fat biking where it is allowed, so expect some of that too.

I have also learned a lot, usually from my mistakes: what gear works and what gear has something left to be desired. I will also, on occasion, share a bit of that “painful learning” with you, minus the blood and scratched corneas.

So to wrap it up like a pretty package, you can expect anything and everything from me in this column: hiking, paddling, backpacking, fat biking, surf and turf, gear insights, off-trail exploring, scenic drives, waterfalls, maybe a backcountry bourbon and beer pairing. Who knows, the canvas is blank. Now all we need is a picture to paint, let’s make Bob proud.

That’s enough about me, let’s start “Swimming Through Trees.”