Heilman brings the Adirondacks to life 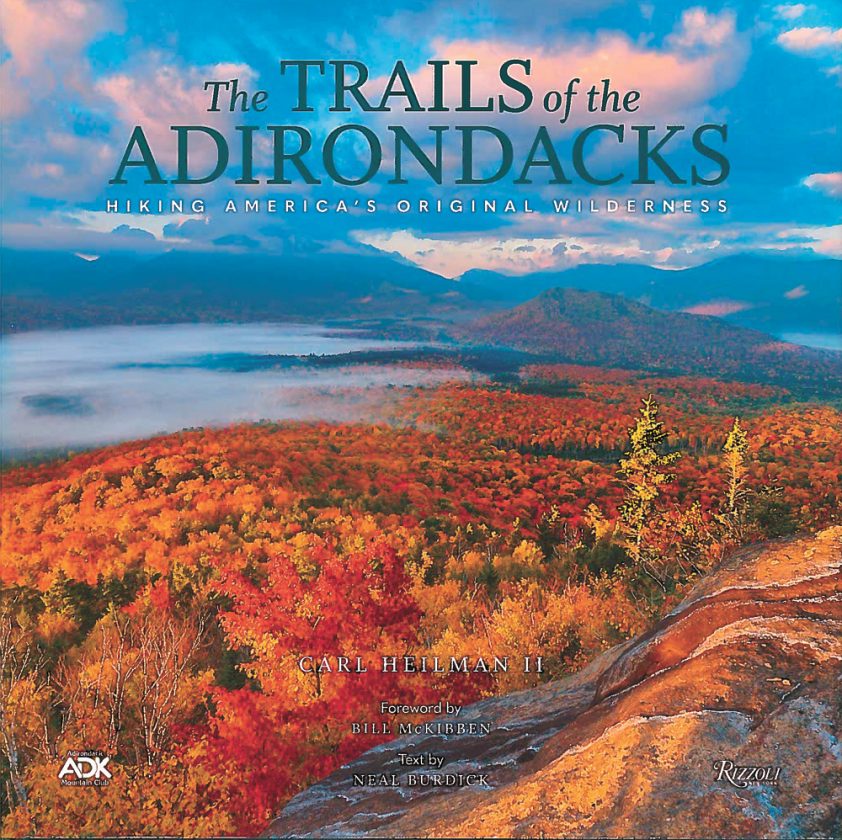 The Trails of the Adirondacks Hiking America’s Original Wilderness

SARANAC LAKE — The Adirondack Mountain Club may be known for its guidebooks and maps that detail virtually every corner of the Adirondack Park, but a new book, called The Trails of the Adirondacks, is not something you’d want to carry in your pack. It’s far too nice for that.

The book, featuring more than 250 photos by Brant Lake photographer Carl Heilman II, is more a work of art than a trail guide, but readers will feel right at home in all seasons as they flip through almost 300 pages of stunning Adirondack photography.

With a forward by Bill McKibben, text by Neil Burdick and an afterword by ADK President Neil Woodworth, Trails is a coffee table book that will appeal to both Adirondack residents and visitors.

“The Adirondacks are a miracle in many ways,” McKibben writes. “One is sheer size: bigger than Glacier, Grand Canyon, Yellowstone and Yosemite — combined. Another is integrity: where most protected areas in the country focus on spectacular granite or ice, the Adirondacks include everything, from the rocky tops of the High Peaks to the boggy lowlands and boreal stands of the other five million acres.

“If anyone knows this region, it’s Carl Heilman, Neal Burdick, Christine Jerome and Stuart Mesinger. I’ve seen Carl in every corner of the park. I remember once climbing Giant Mountain early in the morning — at least, I thought it was early, but there came Carl bounding down, having got the sunrise shot he wanted. He’s at ease in these hills, in every season — his long career as a snowshoer is evident in his winter shots — but it’s his feel for the span of these mountains and the vastness of the park that makes him one of the region’s finest chroniclers.”

Page after page unveils Heilman’s mastery, along with a seemingly unending variety of Adirondack landscapes. From waterfalls and winter scenes to shore fronts and paddles, Heilman has done an excellent job of capturing all of the many moods of life within the Blue Line.

His photo subjects range from large (Great Range, Mount Colvin) to little (kids, robin’s eggs, newts) and will make anyone want to go explore. Heilman’s eye for detail also provides atypical views, rather than the more generic, standard vistas. In one photo of a series of waterfalls, a small rainbow hovers above a cascade in the distance. In another, a great blue heron keeps an eye on a lake as the fall colors are reflected in mirror-like water.

While The Trails of the Adirondacks may not be a hiking guide, the book serves equally well as an art piece on the coffee table and as an inspiration to enjoy everything the Adirondacks has to offer.