Debar, with a side of Black Peak 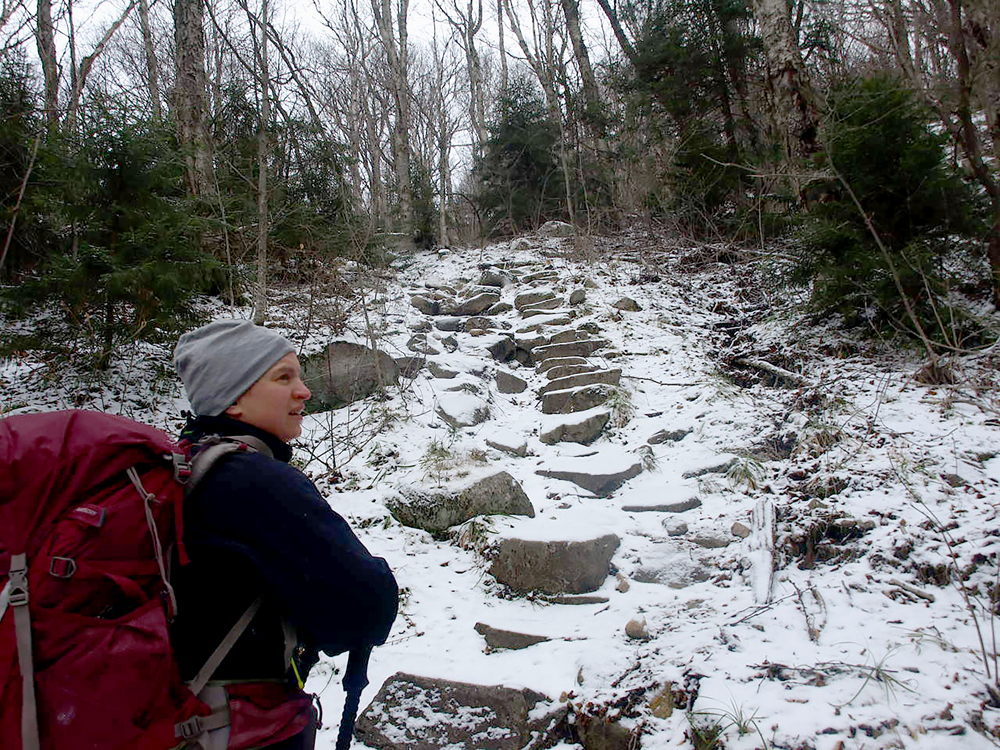 Debar Mountain resides in the Debar Mountain Wild Forest (go figure), which resides in Franklin County. However, the pond came before the mountain — in naming that is, kind of like the chicken or the egg debate, but this one seems to be clearer.

Debar Pond, which rests to the northeast of the Debar Mountain, was discovered by John Debar while on a hunting trip in 1817. Mr. Debar was a Canadian trapper who frequented the area and eventually this pond was named after him; the peak eventually followed suit.

The mountain has a bit of its own history as well. In the early 1900s the state placed a fire tower on the summit to help battle the growing occurrences of wild land fires. While the tower served its purpose, it was eventually outplayed by the airplane and a growing population.

Some fire towers remain today, like on nearby Azure and Saint Regis mountains. However, the fate for Debar Mountain was not as promising. The tower was dismantled and removed in 1970. This unfortunate outcome removed the peak’s lure to many mountain climbers, but not all, and surely not this guy.

The snow had gone, and over night, came back again. After an Adirondack false spring got all our shorts unwrinkled we again found our legs being placed under cover once again, which in my case might have been a good thing. 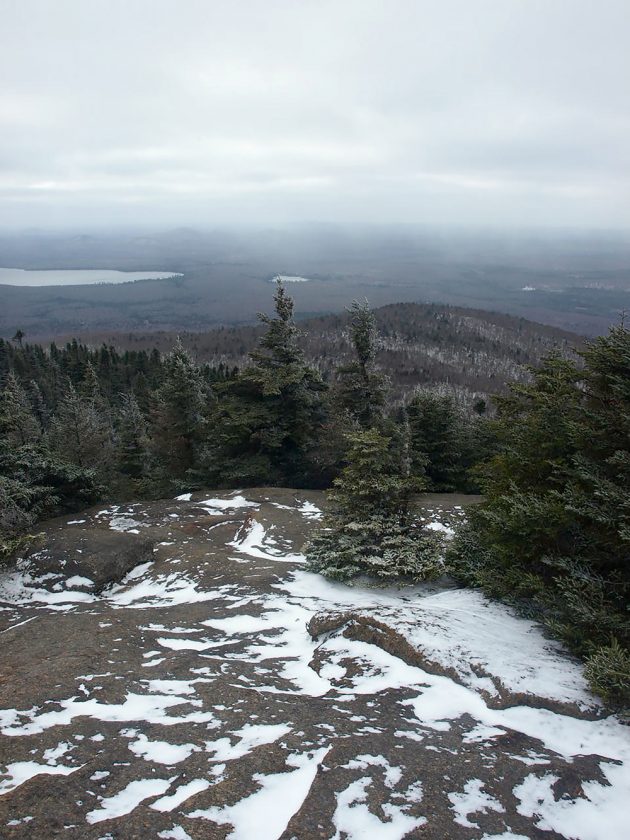 Upon arrival at the Meacham Lake Campground, we drove through and found the dirt road leading to the trailhead. The long and narrow road, a bit rough, brought us to the trailhead and a decent-sized parking area.

We layered up on this cold day as a certain breezy chill brought out the geese. Corenne Black was my “misery loves company” partner for the day and we made really fast time along initial 1.2 miles, just to sweep off the nip.

This section follows an old woods road trail to the actual foot trail for Debar Mountain, a perfect warm-up for cold muscles before any climbing really persisted. The overnight frost and snow had left the trail a bit wet and on occasion slippery, playing to my sense of adventure.

Quickly, we found ourselves brewing tea at the Debar Lean-to that sits around three-quarters of a mile from the summit. The tall trees and the three-sided structure shielded us like a fleece blanket from any breeze that might diminish our time with Earl Grey, but then again it might have actually been the fleece blanket.

The climbing commenced. Eventually, we came to the base of a new mini-slide which was fairly steep, but not quite as steep as the section following. This section was covered in a thick layer of ice over steep rock steps. It became time for some traction. 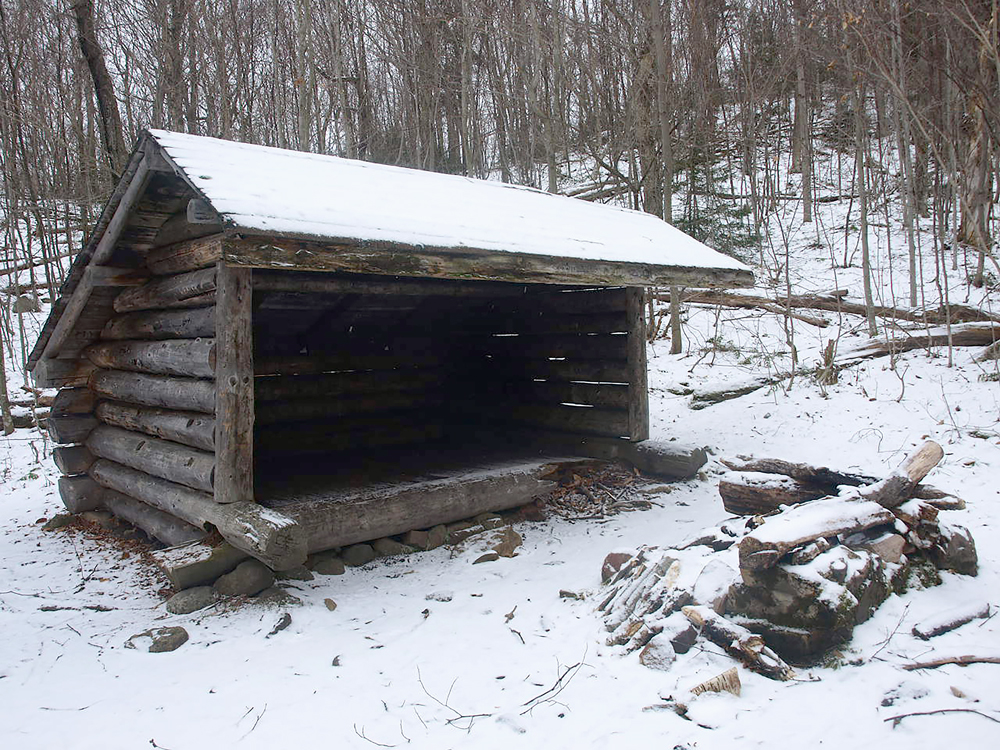 Even with our microspikes on the ice was tricky.

We topped out soon after to a wonderful view, one not expected in a peak so often ignored in favor of its bigger brothers in the High Peaks Wilderness. The rocky overlook opened up most of the area to us, but the frigid wind quickly moved us from our perch.

We had a secondary plan for the day. If time allowed (and it did), we would visit Black Peak, which is just off the trail and almost directly west of Debar Mountain.

Looking at the dense growth of the forest near the summit we opted to descend the trail for a ways and traverse over to the peak from lower elevations. Call us crazy, but we’re not mad. We made it down the ice cubed rock slopes to about 2,500 feet in elevation. This seemed like a good spot to start an open hardwood forest bushwhack.

The attractive forest was actually much easier to walk in. The leaf mattress seemed to hold off the light coating of snow and ice, and this was going to be a feasible approach to the base of Black Peak. We zigzagged about like a drunken Irishman on a Friday flipper, and this had nothing to do with the Baileys. It was inevitable to avoid the steeps. Even so, we still needed to butt slide and leap off a couple small shelves.

As we climbed out of the col with Debar Mountain we happened upon a couple dozen trees with moose markings. Moose tend to not chew a tree, but more of a debarking. They grab the bark low and pull up to tear it away, kind of like what we would do with string cheese. Except we would hopefully not poop where we ate, like the moose who left behind land mines in the area, one of which must have had some sort of gastro-intestinal issue.

We summited Black Peak with expectations of a nice view, but the wooded summit offered little. At 2,700 feet in elevation it was fun nonetheless. There is a certain lure to being one of only a few who may have actually summited this peak.

Our descent took us along the south ridge. It was easy and pleasey, and took no time at all to make it back to the lean-to in time for a late lunch of hot soup. I was happy to have that weight off my back.

Debar Mountain is a wonderful hike that could be enjoyed by all walks of life and many fitness levels. Its short, mostly moderate trail can be enjoyed as an all-day adventure or for a quick morning jaunt.

Black Peak might not be for you, and that is OK. This is one of the richest moose populated areas in the Adirondacks, so do not, under any circumstances, forget your camera.

Spencer Morrissey is an author and licensed guide who lives in Long Lake. His outdoors column will appear regularly in the Adirondack Daily Enterprise, Lake Placid News and Embark. He can be reached at adkpeaksurvey@gmail.com, or through his Facebook and Instagram pages “adkpeaksurvey.”