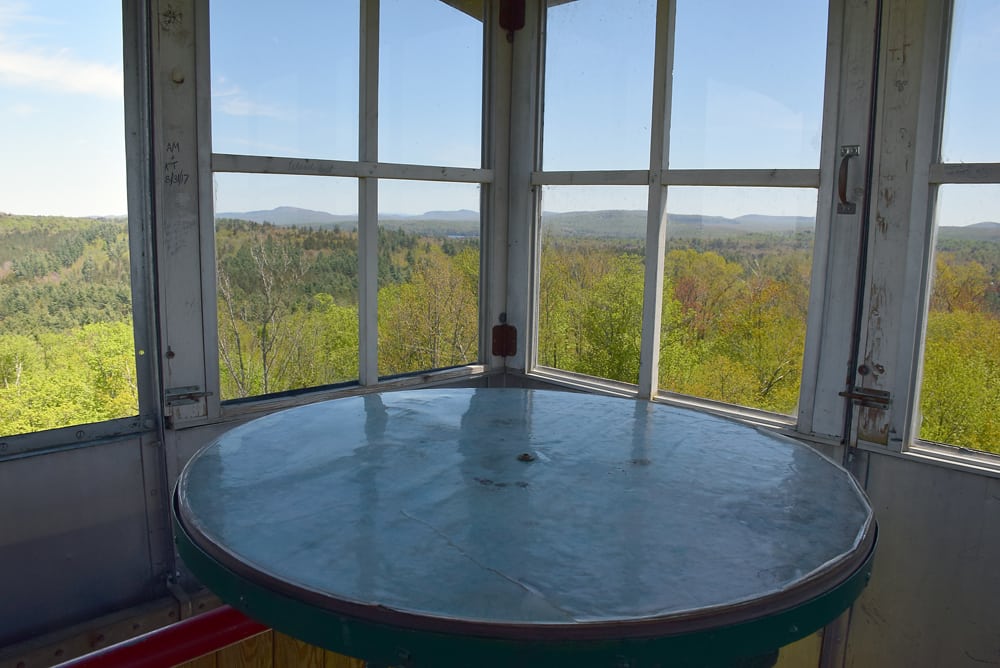 The cab of the Cathedral Rock fire tower offers 360-degree views of the Cranberry Lake Wild Forest, with a small, covered picnic area near the summit. (Embark photo — Justin A. Levine)

Most of the 23 existing fire towers in the Adirondacks are nearing or at the 100-year mark. Some have been restored and some are in various states of disrepair, but one tower in St. Lawrence County may be the only one still standing not in its original location.

Cathedral Rock fire tower, located on the State University of New York’s College of Environmental Science and Forestry’s Wanakena campus, is accessible with a short hike. Although the tower is about a century old, it’s been in its current location for less than 20 years.

Originally located on Tooley Pond Mountain — which still has a maintained trail and remnants of the tower’s existence — the 65-foot tower on Cathedral Rock was officially re-opened by ESF on Aug. 5, 2000.

According to a press release from ESF at that time, the process of resurrecting the tower took decades. The DEC says on its website that the tower was moved to the Ranger School in 1970, and construction occurred in fits and starts. The Adirondack Mountain Club’s Views From On High fire tower guide book says students, staff and volunteers worked throughout the 1980s and ’90s to rebuild the tower and that the cab was essentially done in 1999, with the windows and final touches being finished before the dedication in the summer of 2000.

Cathedral Rock is an easy hike through the working forest of the ESF campus. The Latham Trail — marked with white and green ESF trail markers with the number 10 on them — is well built and mostly flat, but it does include a handful of road crossings. The roads are dirt forestry roads, so it’s not like there’s a lot of traffic, but care should be taken. 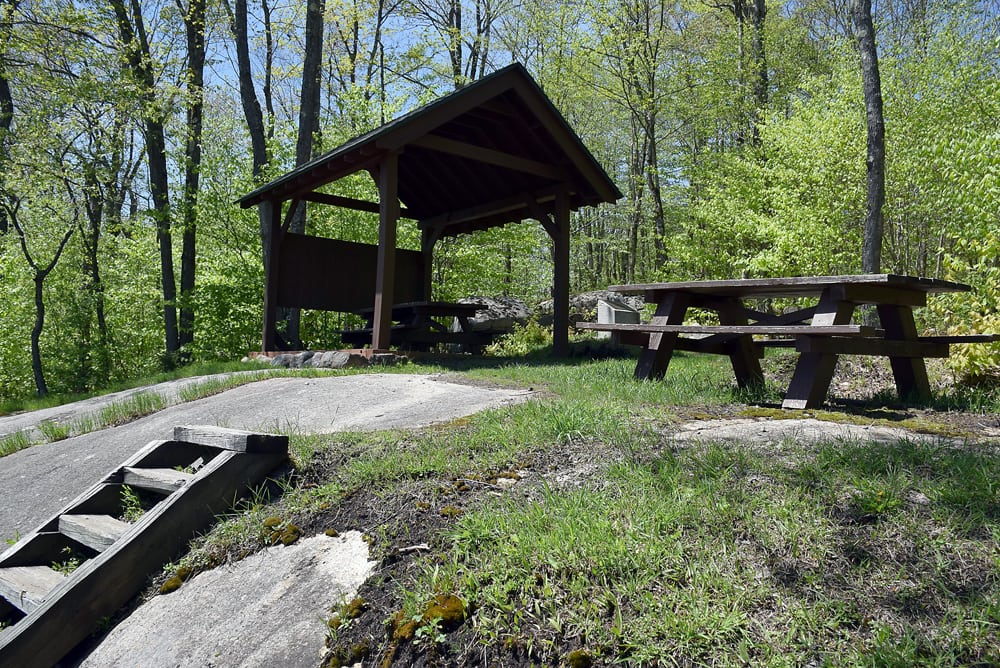 The cab of the Cathedral Rock fire tower offers 360-degree views of the Cranberry Lake Wild Forest, with a small, covered picnic area near the summit. (Embark photo — Justin A. Levine)

The Latham Trail crosses its first road just after one-tenth of a mile, and a few short boardwalks will keep your feet dry as the trail passes through some small wetlands after that. You will cross another road at the 0.3-mile mark, then again at 0.38 miles.

Just over a half mile from the trailhead, stay straight on trail 10, and then take the left fork at 0.68 miles. You will cross one more road at eight-tenths of a mile, and then the trail will begin a short but moderate climb which utilizes some switchbacks. At the one mile mark, you can walk up a short staircase before coming to a view from the top of a cliff. The trail goes left following a small ridge of exposed bedrock before coming up to a picnic area at 1.1 miles. There are two tables, including one under a roof and another small staircase.

From the picnic area, there are views to the west, and the tower is visible through the trees to the east. The fire tower is just a few hundred feet away, across the end of yet another logging road. Although the summit is closed in, the tower is in good shape and the cab is easily accessed by those willing to climb the stairs.

Although there is no trail register as is common at DEC trails, there is a binder to sign in the cab of the tower. The binder is located in the small green metal box on the map stand. 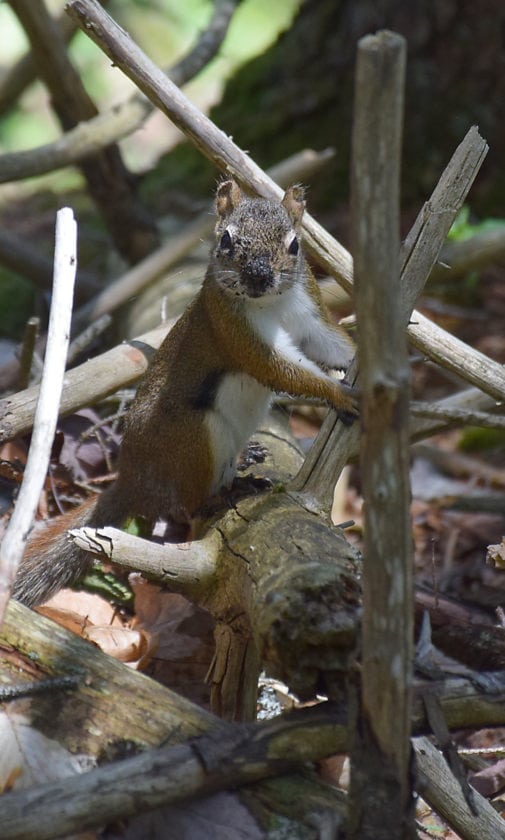 Cathedral Rock will be a quick hike for most people, and can be combined with the Mount Arab fire tower outside of Tupper Lake for a full day of bagging fire tower peaks. In fact, these are the only two fire towers left in St. Lawrence County and since they are only about 25 miles apart by car and easy hikes, they can be paired easily. 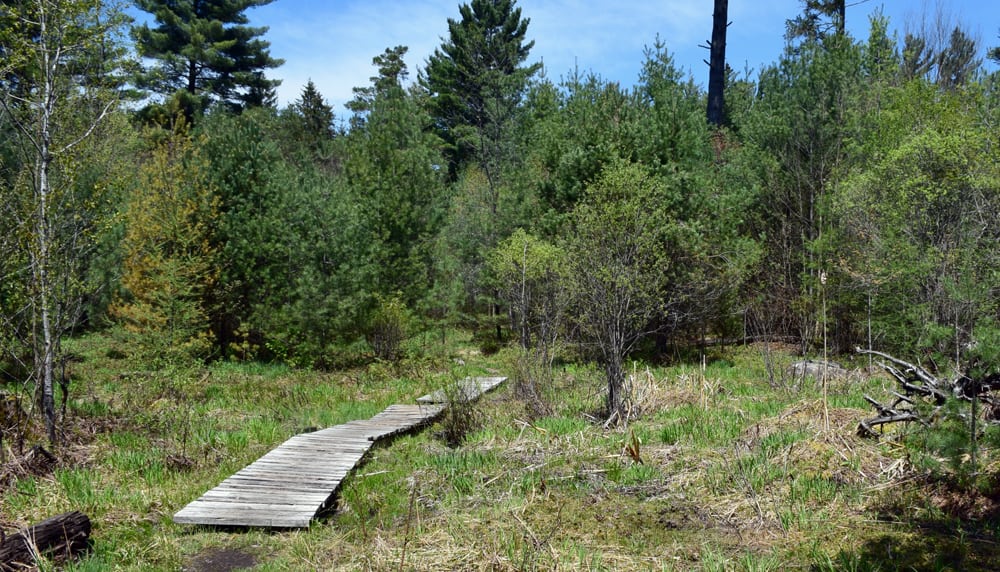 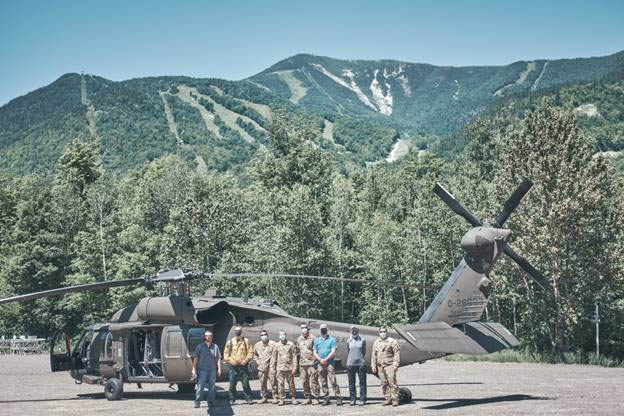