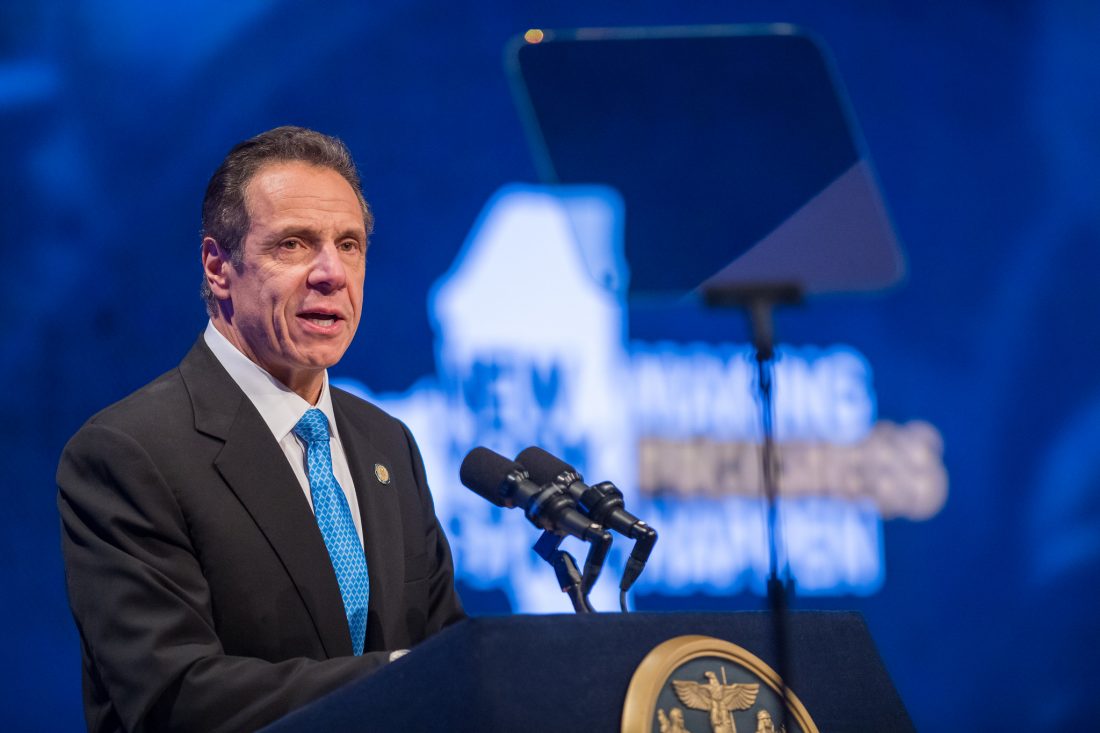 The $3 billion Restore Mother Nature Bond Act will not be seen on the ballot Nov. 3.

Gov. Andrew Cuomo on Thursday confirmed the state would postpone a voter referendum on the bond act — one piece of a larger $33 billion, five-year plan to fight climate change — until 2021.

If authorized by voters, the bond act would shore up new funding for projects designed to mitigate flooding, restore fish and wildlife habitats, upgrade drinking water infrastructure and preserve land. Cuomo proposed the bond act in his State of the State address this January, and it was authorized by the state Legislature in April as part of the 2020-21 state budget.

The impact of the coronavirus pandemic has been far-reaching, and the state’s finances weren’t spared. Cuomo said on Wednesday that New York may face a deficit of upward of $30 billion over two years because of revenue losses related to the pandemic. The state was already facing a $6 billion budget gap in March tied to Medicaid costs.

News that the state would postpone the bond act vote was first reported by Spectrum News NY1 ahead of a conference call with Cuomo on Thursday.

“We’re going to postpone the environmental bond issue for one year,” Cuomo said on the conference call. “The financial situation now is unstable.

“It was my proposal, I believe deeply in it, but we need to have financial stability before we do that,” he added.

In the Adirondacks, the announcement was met with disappointment from environmental groups, but they said they understand the financial situation the state currently finds itself in amid the coronavirus pandemic.

“Although it is disappointing that the Restore Mother Nature Bond Act will not be on the ballot this year, we understand Governor Cuomo’s decision and acknowledge that he is using good judgment in waiting to promote this important initiative,” said Adirondack Mountain Club Executive Director Michael Barrett. “We look forward to supporting the bond act and the vital clean water and recreation projects it will fund in the near future.”

“We are very disappointed that the bond act has been withdrawn,” said John Sheehan, director of communications for the Adirondack Council. “We believe it would have helped to spur economic growth while it benefited the environment. It could also help reduce local taxes by lifting the burden of new wastewater systems from the backs of local taxpayers. But it is discretionary spending at a time when the national economy is a mess and national leadership is failing to correct course. Without the prospect of new federal aid to states from Congress, we understand why the Governor is reluctant to move forward with new borrowing at this time.”

“Given the combination of a global pandemic, the uncertainty of any future CARES act in the U.S. Congress, and the state of New York’s current and difficult financial condition, Governor Cuomo’s decision not to include the Mother Nature bond act on this fall’s ballot is both expected and understandable,” said Adirondack Wild Managing Partner David Gibson. “We know the governor remains committed to this very important environmental measure. We anticipate its return to public consideration next year.”

The announcement also drew some backlash from environmental advocates and green groups.

“We’re disappointed,” said Protect the Adirondacks Executive Director Peter Bauer. “The focus of this bond act was largely climate change mitigation. There is no vaccine for climate change other than reducing fossil fuel use and that is going to require state investment and leadership. The 2019 Climate Leadership and Community Protection Act made New York state a leader on climate change, but now we need serious funding to start building alternative energy supplies. The Restore Mother Nature Bond Act was the first serious step for New York to start seriously confronting climate change. Now, on a certain level, it’s back to the drawing board.”

Some lawmakers blamed the federal government for the postponement.

“Washington’s failure to help states just sunk a $3 billion Environmental Bond Act in New York,” state Sen. Todd Kaminsky, chairman of the Senate Environmental Conservation Committee, wrote on social media. “This will have long-term consequences re: climate change, resiliency & jobs. There is no excuse for this, it is shameful.”

State officials in New York have continued to push for Congress to include federal funding for state and local governments in the next coronavirus relief package. Federal lawmakers appeared to be at a stalemate on Thursday as both parties continue to disagree on what should be in the next relief package.