Republicans nominate two for TL village board at caucus 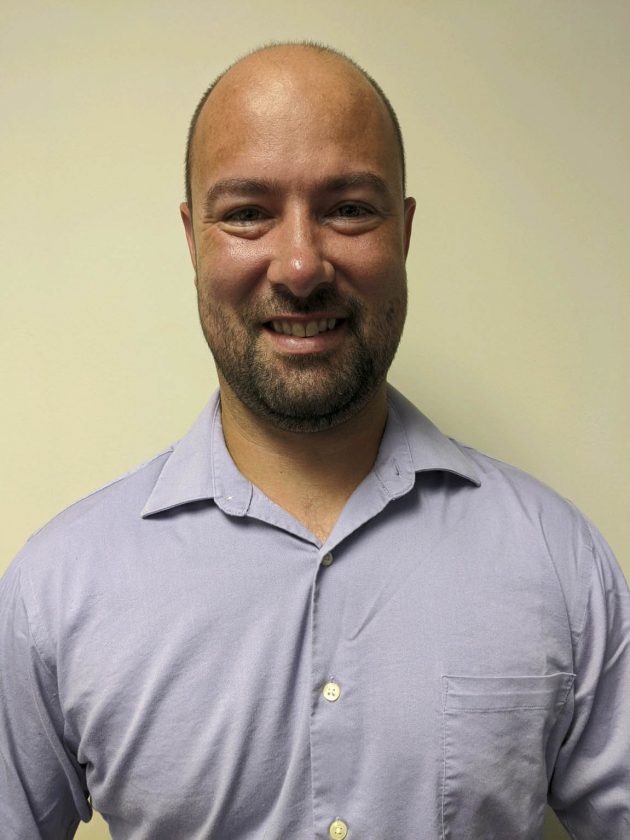 TUPPER LAKE — There are currently two Republican candidates running for two open village board seats in the November election, one incumbent and one political newcomer.

There are no other party caucuses planned as of now, so Democrat or Conservative candidates are unlikely. Independent candidates can file petitions to run between July 27 and 30.

Clint Hollingsworth is running for a third two-year term on the board; and this year changed his party affiliation from Democrat to Republican. Trustee David “Haji” Maroun is not running for another term and will leave the board after his term expires in November.

Jason McClain, a registered nurse, is running for Maroun’s seat and was nominated at the July 14 Republican caucus.

A third candidate at the caucus, Jan Yaworski — a monthly attendee of village board meetings, planning board member and bed and breakfast owner — did not receive enough votes to be nominated.

“She’s very interested in village affairs,” Mayor Paul Maroun, who co-nominated Yaworski, said. “I think she’s got a future in politics if she wants it.”

McClain said he’s wanted to run for a local political office for a few years now, and that this summer his situation lined up perfectly to allow a run.

He said he has worked the night shift as a nurse in an emergency room for the past four years, and he recently got moved to working days.

“I figured maybe now I’ve got time to give back to my community,” McClain said.

McClain is friends with both trustees Hollingsworth and Ron LaScala. He said he talks politics with them often — though they are reluctant to talk specifics about the inner workings of the village government — and that they have encouraged him to run.

LaScala said when McClain told him he was going to run, shortly before the caucus, he got to work raising support for his friend.

McClain said he does not have a problem with the current board’s work or plans, but that he believes he can bring a different perspective and set of skills.

He said as a “people person” he has a focus on transparency and connecting with village residents.

“Recently, with this whole COVID thing going on there’s been a huge mistrust and disconnect with government and taxpayers,” McClain said.

He said he feels this is because people are not informed on how decisions and laws are made.

“I feel our current administration, our current board members, try to inform people, but maybe they just don’t have that skill set,” McClain said.

He said he hopes to help the board with its goal of improving the economy.

“It’s very difficult to build an economy with a population of 3,500,” McClain said.

He said he would like to look into programs to do infrastructure updates. He mentioned that the uptown area looks nice after its large state Department of Transportation overhaul of Park Street, and that he would like to do that in the Junction and around the Sunmount area.

He also said he wants to heal the divide he sees between the village and town.

LaScala said McClain has a “level head” and that he believes he really cares.

Hollingsworth said he believes McClain will be a good trustee because he is a resident and taxpayer, and has “skin in the game.”

Hollingsworth said he wants the village board to help usher in a revival of the area economy and to bring in more people to live in Tupper Lake.

“We’ve been on the decline for a long time,” Hollingsworth said, referring to both the village’s economy and population.

He said the economy is making a return right now, but that there is still a need for people to live here. With the COVID-19 pandemic forcing many to work remotely, he said he believes there is a chance for Tupper Lake to attract people who want to work remotely, and live in a rural, outdoors area.

He said out of the three Tri-Lakes towns, Tupper Lake has most affordable housing market, and that it is prepared for a bigger population.

He said the village can encourage tourism by facilitating the building of hotels.

Still, he said the biggest issue Tupper Lake faces — reopening the Big Tupper Ski Area — the village board does not have much say in.

David Maroun has been on the village board for eight years.

Maroun has moved out of the village and into the town, so he is ineligible to run for a village position at this time.

Maroun said he plans to run for Franklin County Sheriff if Kevin Mulverhill does not run for reelection next year.

“I think he does a good job,” Maroun said. “I think I could save the county and the taxpayers money.”

He said he’d like to spend less, but introduce a road patrol, in coordination with village police departments.

Maroun said the village has done a lot over those eight years, with ups and downs along the way.

He has been a sports link for the village and is now the chair of the “Keepers of the Diamond Committee,” which is doing work on the municipal park baseball field, where the River Pigs were supposed to play this year, before the coronavirus. Maroun said 13-year-old and up teams can play on the field this summer.