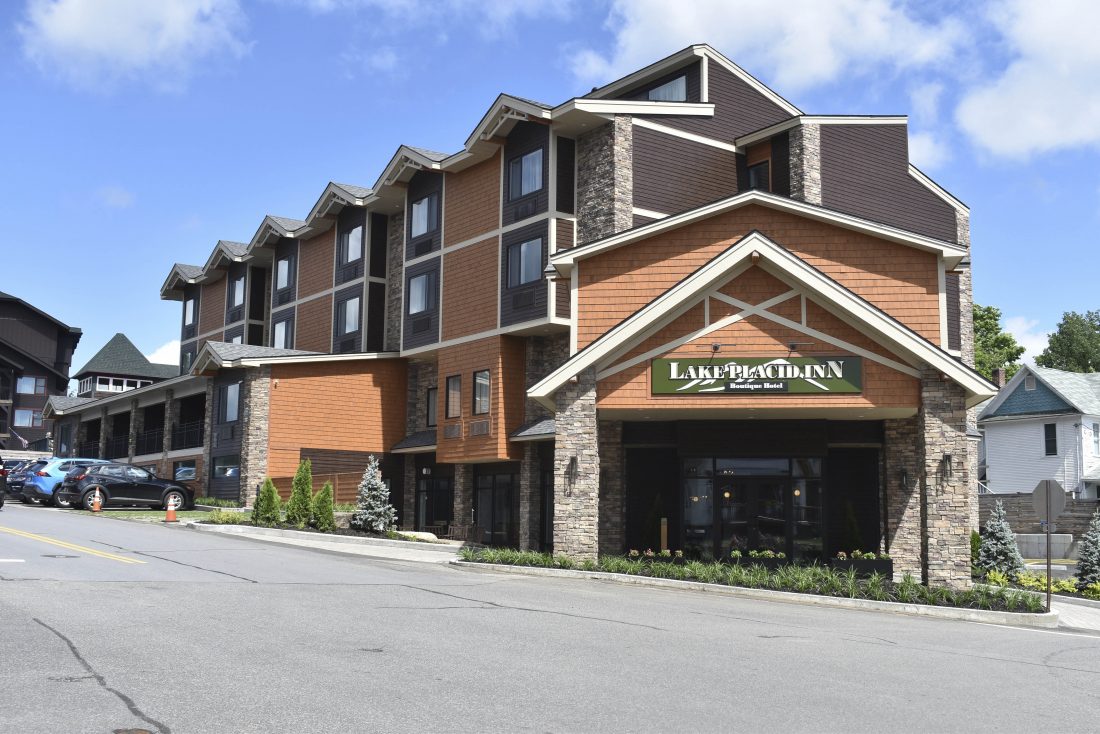 The 40-room hotel, owned by local businessman Paolo Magro’s MAGDI Corporation, officially opened its doors on July 3, ahead of the busy Fourth of July weekend. The opening came after two years of construction, a process further complicated by the coronavirus pandemic and temporary state orders to halt non-emergency construction projects. The hotel was previously expected to open in the spring.

The hotel boasts a gym, a meeting room, a gift shop and mini-market, a sauna and a private patio with a fireplace. The hotel also has plug-in stations for electric vehicles, according to Justin Smith, president of Prestige Hospitality Group, which is managing the hotel and helped with its development. The decor is largely modern and sleek, a departure from the classic natural, Adirondack style of many accommodations in the area, though there are some rustic touches, especially on the exterior.

The hotel is located at 821 Mirror Lake Drive, across the street from the municipal beach and tennis courts. It’s this location that Smith says sets the Inn apart from other hotels in the area.

“The location is second to none,” he said Friday. “And the rooms are very unique.” 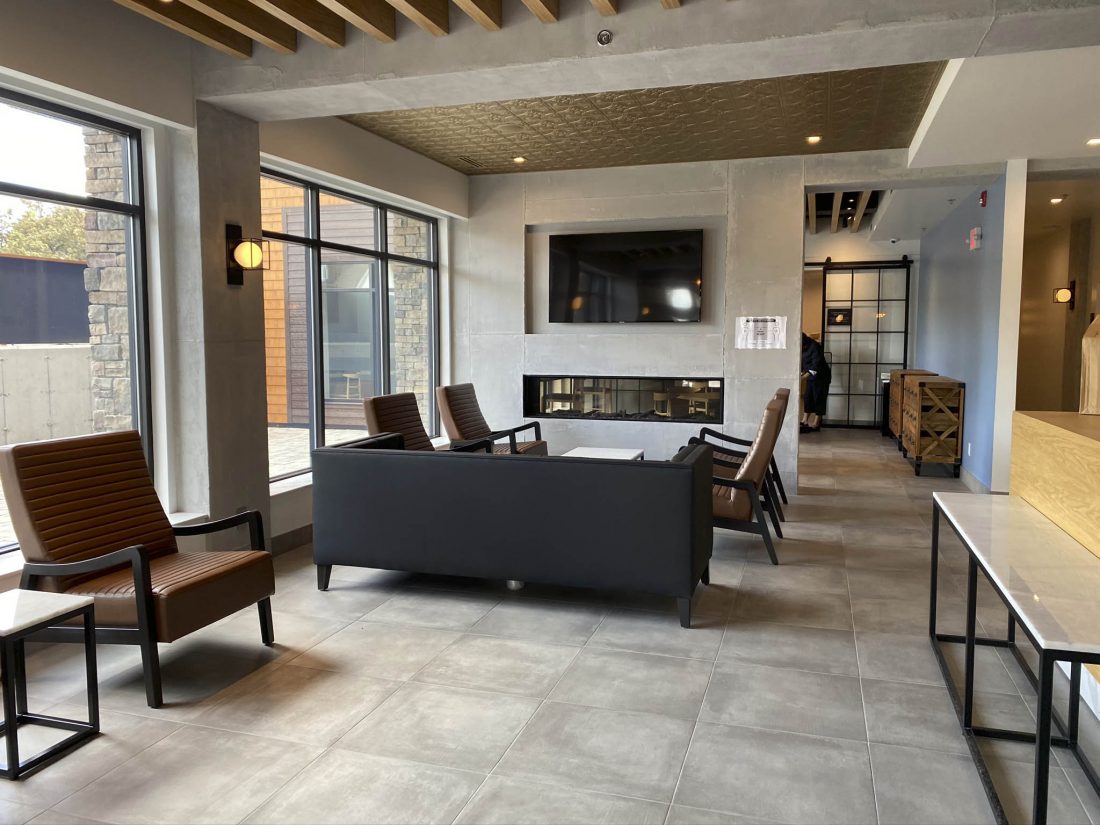 Some of the rooms on the upper level of the hotel have spiral staircases leading to a loft, he said.

It was built on the site of the former National Sports Academy, a private school for student-athletes. NSA helped foster the growth of 23 Olympians in its 38 years, but it filed for bankruptcy in January 2015 and closed on June 1 of that year, after several years of declining enrollment and accumulating debt.

The school’s Mirror Lake Drive building was put on the market for roughly $1.4 million. The property drew interest from the Walnut Woods-Parkside Inn development group in early 2016.

But the Walnut Woods-Parkside Inn sale was delayed for months, largely due to concerns from local officials and other business owners about the limited amount of parking. The North Elba-Lake Placid Joint Review Board was also concerned about traffic circulation patterns, snow storage and removal, screening of the parking area, stormwater management control and green space.

After that deal fell through, Magdi Lake Drive LLC, owned by Magro, purchased the property in the summer of 2016 for $1.13 million. The sale allowed NSA to shed some of its outstanding debt to lenders and contractors. 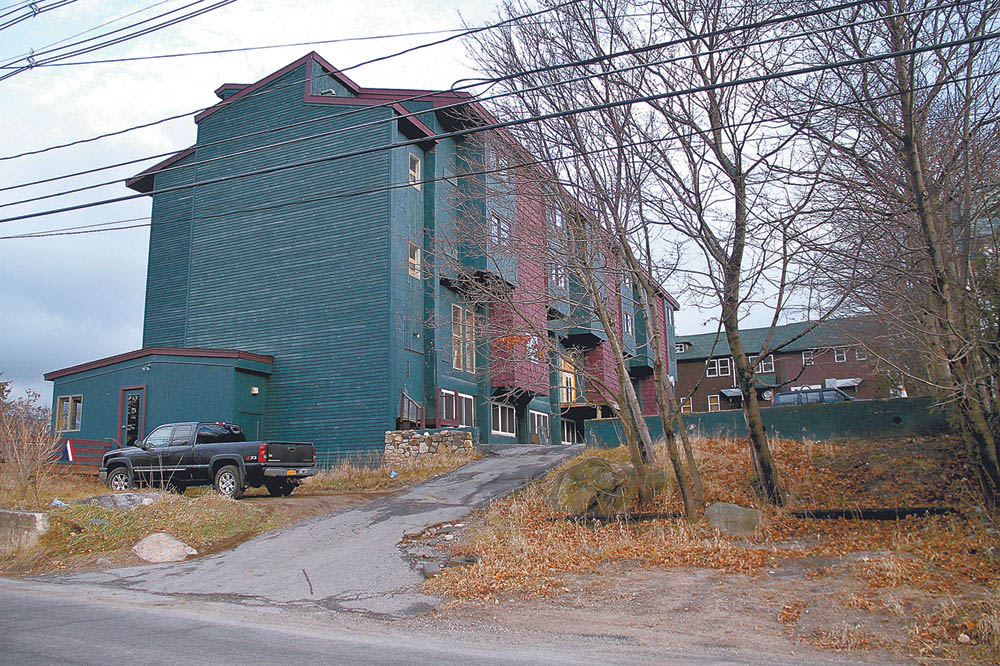 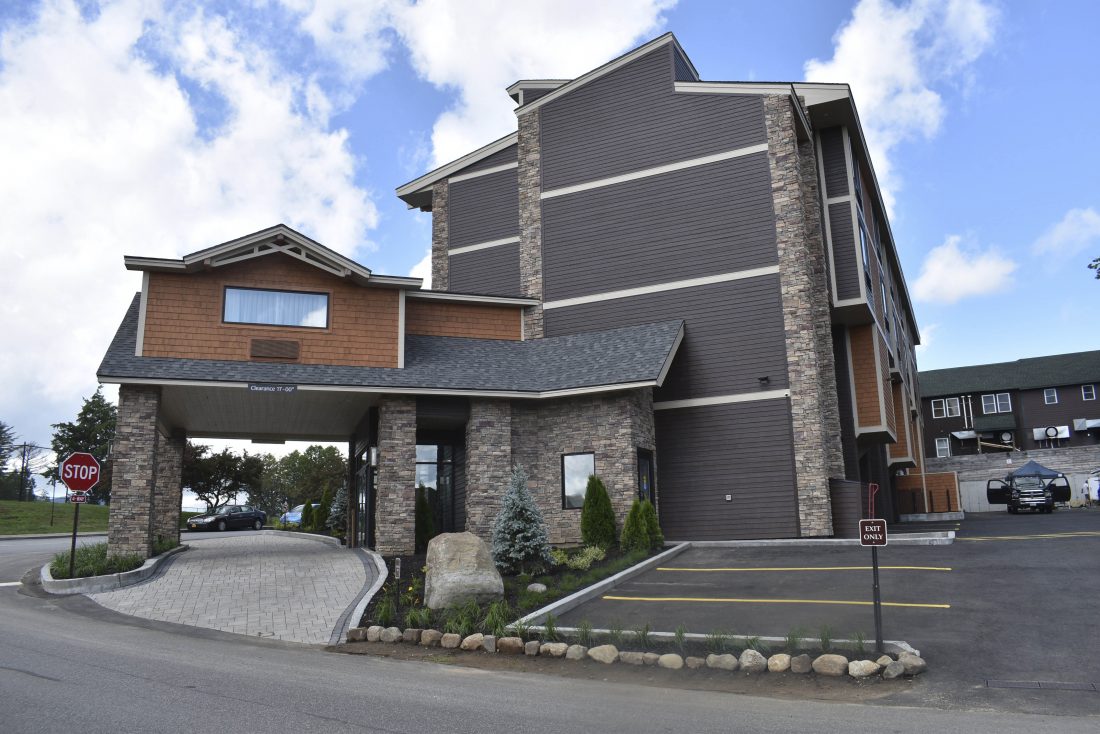