Strauss has long history as president at several colleges 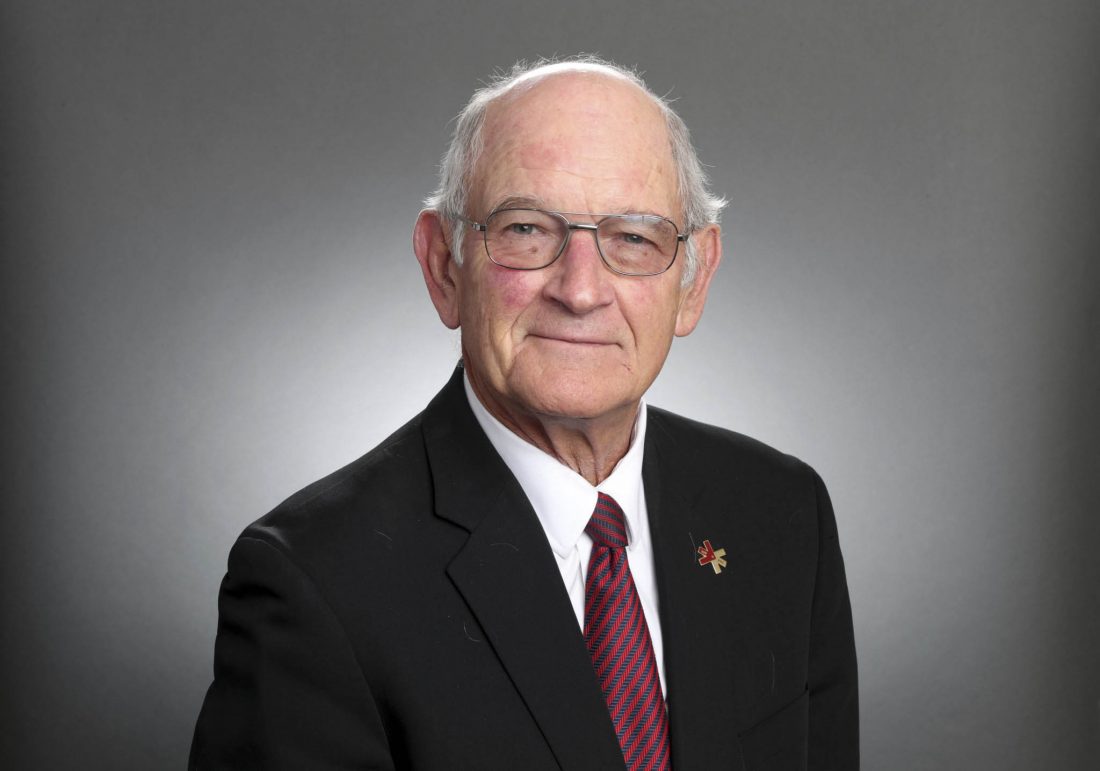 PAUL SMITHS — Paul Smith’s College has appointed an interim president to lead the college though the next year as a search for a full-time president begins.

Outgoing president Cathy Dove will be remaining on campus through the summer to finish out the projects she has been working on, consulting Strauss as he enters the presidential position and helping with altered academic operations during the coronavirus pandemic.

Strauss will also be assisting and advising a search committee for a full-time president.

“Paul Smith’s College is a remarkable institution that delivers truly meaningful career-focused education to the students that it serves, many of whom are the first in their families to attend college,” Strauss wrote in a press release. 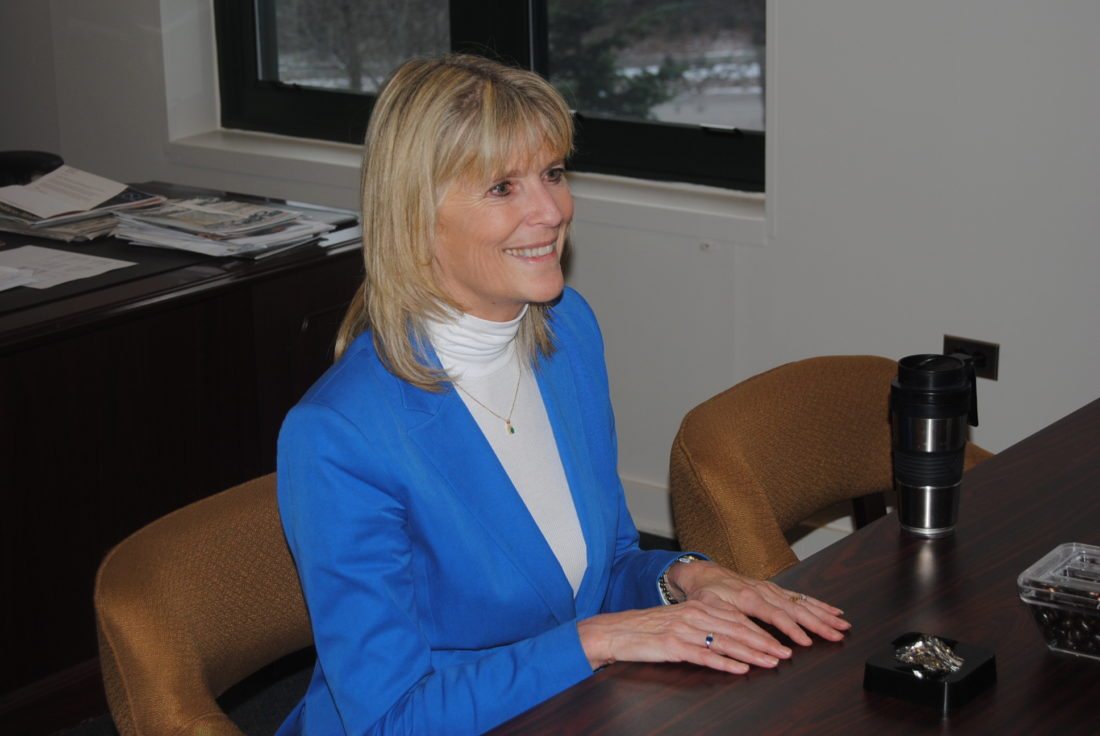 Paul Smith’s College President Cathy Dove does an interview with the Enterprise in her office in September 2017. (Enterprise photo — Tom Salitsky)

Provost Nicholas Hunt-Bull said Strauss has been hungrily learning about the college and asking thoughtful questions about its needs and plans.

He said the opportunity to apply to be the college’s full-time president is available to Strauss.

Dove, who joined Paul Smith’s in September 2014 as the college’s first female president, announced her retirement in March.

She has been at the helm of the college as it has struggled and expanded at different times, sometimes simultaneously.

Enrollment has been on the decline for private colleges in recent years and Paul Smith’s, already a smaller school, has been hit hard. The college has been trying to attract more types of students by introducing new majors, a masters degree program, sports — including esports, women’s ice hockey, biathlon and Nordic skiing — as well as partnerships with North Country Community College and SUNY Adirondack. 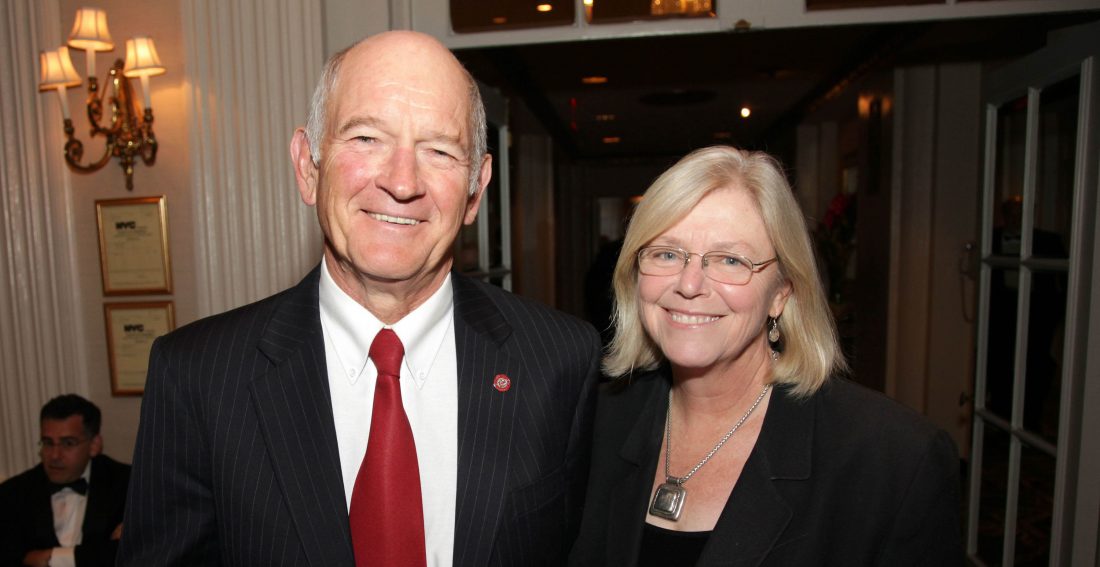 Jon and Jean Strauss are moving from Massachusetts to live in Paul Smiths for the next year as Jon serves as the interim president at Paul Smith’s College, helping with a search for a full-time president. (Photo provided)

“I am so grateful to have served Paul Smith’s for the past six years,” said Dove. “It’s been a privilege to work alongside the college’s extraordinary faculty and staff, to have met so many great students, and to have served the broader North Country community. I’m excited for the future of PSC and will always consider myself a Smitty.”

Mark Dzwonczyk, chair of the Paul Smith’s College Board of Trustees, said the board approved Strauss unanimously.

“I am delighted to welcome Jon to the Paul Smith’s community,” Dzwonczyk wrote in a press release. “At a time when all colleges are facing uncertainty due to COVID-19, Jon’s experience at a number of institutions in challenging situations has provided him with expertise in areas such as communications, finance, management, fundraising, technology and organizational culture to lead Paul Smith’s forward with creativity and a steady hand.”

Professor Lee Ann Sporn said she believes it was a “wise choice” for the board to appoint an interim president and take its time with a search.

“We were fortunate to secure someone with Jon’s impressive qualifications sooner rather than later,” Dzwonczyk wrote in a press release. “Given the recently-announced early start to the academic year, president Dove, Dr. Strauss and the board thought it was important to appoint Dr. Strauss as soon as possible to provide a smooth transition.”

“I had the opportunity to meet with Dr. Strauss on campus last week and found him very engaging and quite well-versed regarding Paul Smith’s College,” Development and Alumni Relations Vice President Steven Frederick wrote in an email. “Dr. Strauss has a long history of engaging alumni at his former colleges and helped rally support for their Alma Matter.”

Sporn said Dove has done “a remarkable job” during the COVID-19 pandemic.

“It could have been a nightmare,” Sporn said. “But the plan is really quite wonderful.”

Sporn said Dove prepared for the impact of the crisis quickly, and that she appreciates her “aggressive, but safe plan.”

The college’s fall semester plan includes flexible options for students. The campus will be open, which Hunt-Bull said students really wanted to happen. He said the college is very in-person and hands-on focused and that is what students expect from a semester.

“They do not want to take classes online,” he said.

However, he said there will likely be a need for students to quarantine at different times, so the college has been creating remote learning courses that he hopes still contain the full PSC experience.

Hunt-Bull said the virus has presented financial troubles to the college, as hiring has been difficult, the college gave students sums of money for housing help and money is tight for many.

He said the college’s long-term success relies on enrollment staying high. He said he believes Strauss is prepared and well-versed in finances.

He has been a member on the National Science Board, where he was Chair of Polar Research; CFO of Howard Hughes Medical Institute, then the nation’s largest private philanthropy; and he worked on the 1984 Summer Olympic Games.

According to a press release, Jon and his wife Jean, a noted author and filmmaker and former national champion double-sculler, along with their dog Bea, will relocate from East Brookfield, Massachusetts. Jon and Jean are avid rowers and hikers, according to the press release.