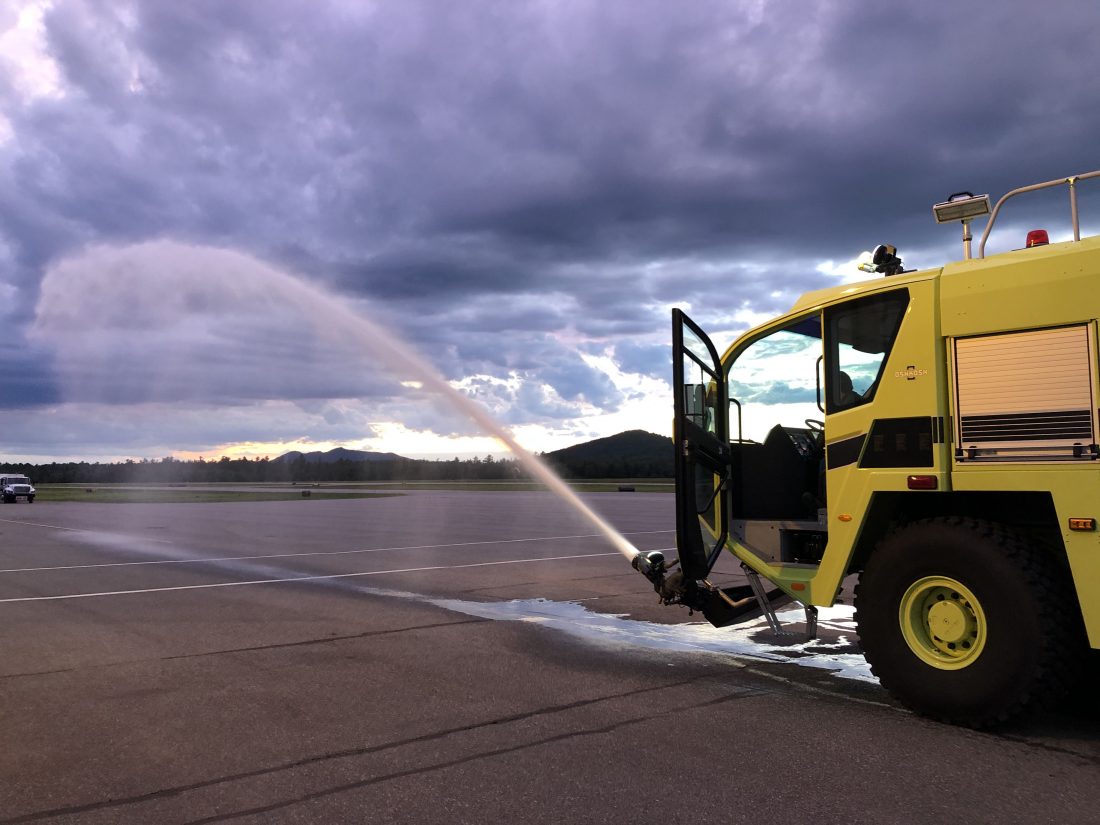 LAKE CLEAR — The Adirondack Regional Airport is getting some expensive upgrades, thanks to the Federal Aviation Administration.

The FAA is giving the town of Harrietstown more than $2.7 million to start rehabilitating the main runway at the airport it owns and runs.

The main runway was last repaved after the FAA funded it in 2006, according to Enterprise reporting from the time.

“We’ve been working on this funding for a couple years now,” Airport Manager Corey Hurwitch wrote in an email.

He said the runway will be redone in two phases and that this funding is for the first phase, which is bigger than the second.

“Phase 1 is the more difficult phase as it involves slightly more paving and it includes the runway intersection (with the shorter runway),” Hurwitch wrote.

Phase 1 “has already been designed and bid,” he added, “and the low bidder has informed us that their workload would likely push this project to actually occur in 2021 (holding same price), even if we received the grant earlier.”

“To prevent loss of revenue and minimize impact to our customers, we’ve designed this to be primarily night work,” Hurwitch added. “Each morning the contractor will be required to form a new transition between new pavement and old pavement so the runway can be used during the day.”

When the FAA approves funding for a local airport project, it normally pays for 95% of the cost, leaving the municipality and the state to pay 2.5% each. But in this case, Hurwitch said Harrietstown got some “extra good news.” The local share will be covered by the $2.2 trillion federal Coronavirus Aid, Relief, and Economic Security (CARES) Act Congress passed in March, so the town won’t have to pay its $67,800 local share for the first phase.

“Unfortunately we can’t go back and combine the whole runway into one phase at this point,” Hurwitch said, “so when/if we get a grant for phase 2, we’ll likely have to pay our normal share of 2.5%.”

“The Saranac Lake area and the rest of the Adirondacks are a major tourist destination for people across the country, and projects like these help with infrastructure improvements to keep attracting people back to the area,” she said. “I look forward to witnessing the positive impact this funding has on the area, and I will continue to deliver results like this to our North Country communities.”

The fire truck is an Oshkosh Striker 4X4 model, specialized for airports and with a long list of upgrades from the 20-year-old truck it’s replacing.

It has movable turrets on its front bumper and the cab roof, controlled from inside the cab by joysticks, each capable of spraying either water or firefighting foam at 750 gallons per minute — even while driving. It can also spray dry chemical fire-extinguishing powder from the front bumper turret, and can spray a cone of water around the dry chemical to keep it from blowing away.

Town Councilor Ashley Milne noted that the town’s $17,716 share is “less than half of what we paid for the pickup truck with plow we bought last year.”

The federal money comes from the FAA’s Airport Improvement Program, which is funded mainly by taxes on airplane tickets and fuel.