Tina Utter, of Mount Upton, works on a headstone in McGraw Rural Cemetery Friday afternoon. She and her husband, Dale, have been working to restore headstones of Revolutionary War soldiers at the cemetery. They are also doing headstones in Willet. (Provided photo — S.N. Briere, Cortland Standard)

The Adirondack Nationals Car Show in Lake George has been canceled this year because of the coronavirus pandemic. More than 1,600 cars gathered for the show last year in Lake George. (Provided photo — Gwendolyn Craig / The Post-Star)

Workers pave a section of the McKenzie Pond Road in Saranac Lake Wednesday afternoon. The job, which was one of three road work projects taking place at the same time in the area, was being done by Asphault Doctor, Inc., a company headquartered in Troy. (Enterprise photo — Lou Reuter)

This image shows a conceptual rendering of a proposed affordable housing complex on Wesvalley Road that may be built by Regan Construction. M.J. Engineering and Land Surveying, out of Clifton Park, worked with the developer on this rendering. (Photo provided) 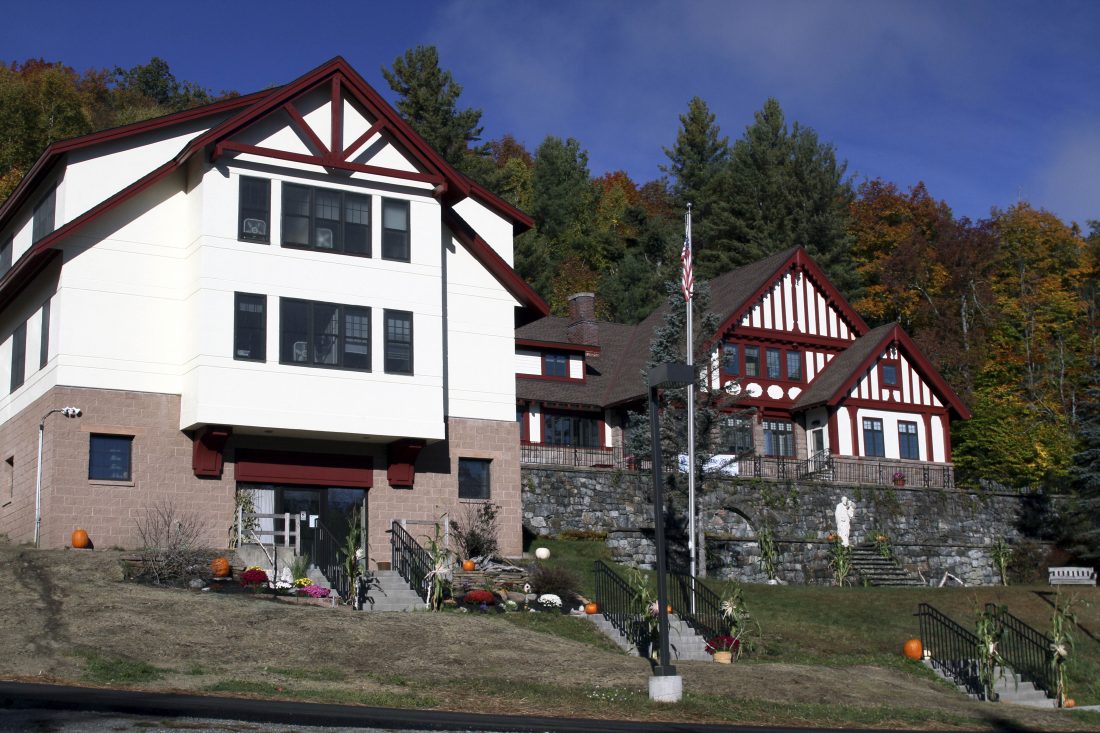 SARANAC LAKE — With a big drop in patients and thus in revenue, St. Joseph’s Addiction Treatment and Recovery Centers “unquestionably” would have had to cut staff during the COVID-19 pandemic if not for federal aid, CEO Bob Ross said.

That would have left it unprepared for what may be coming next, he said: a rise in addiction crises from people drinking and doing drugs during the pandemic. And the nonprofit organization can’t necessarily rely on the state; New York announced last week it will cut counties’ addiction treatment funds by 31% next quarter, due to pandemic-related losses in tax revenue.

“This is a very, very scary time,” Ross said.

For more than a year-and-a-half, St. Joe’s residential treatment program has been full, running at around 99% capacity, but it dropped by 40% amid the pandemic, according to Ross. The federal Paycheck Protection Program let St. Joe’s keep all of its 239 employees, full- and part-time. Ross called it “a real godsend.”

St. Joe’s received $2.4 million, according to Ross — the biggest PPP amount in the Tri-Lakes area and the only one in the $2 million to $5 million range, according to the U.S. Department of the Treasury. The federal government didn’t disclose exact PPP amounts but rather ranges, which got wider as the numbers rose. 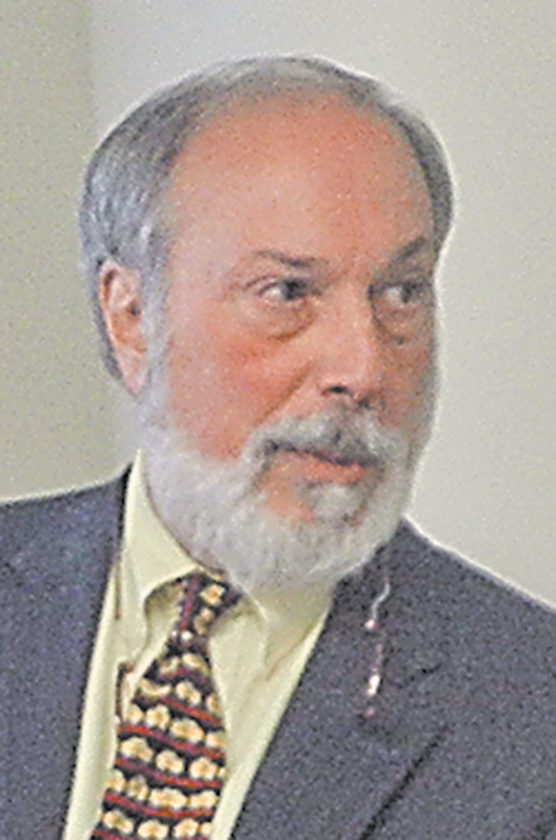 The money is officially a low-interest (1%) loan, but the government forgives it, making it effectively a grant — that is, if it’s spent within 24 weeks (a little more than five months) and at least 60% is used to pay employees. St. Joe’s has used 70-80% for payroll, Ross said, with the rest going to utilities and COVID-related costs such as personal protective equipment.

PPP was meant for small businesses, defined as those with fewer than 500 employees, although some bigger companies managed to get in on it as well.

While client numbers are down now, Ross expects they will grow as a result of the pandemic. It makes sense that more people would abuse alcohol and drugs while they are stuck at home with more time on their hands, often feeling stressed from having more family members home more of the time.

Plus, many are newly unemployed, another reason many turn to alcohol and drugs. A 2017 study by the National Bureau of Economic Research that found for every 1% increase in the unemployment rate, the opioid drug death rate rises 3.6%, and the rate of opioid overdose visits to emergency rooms rises 7%. The latest unemployment rate available for New York state was 14.5% in May. Nationwide, it dropped to 11.1% in June but that’s still a huge leap from 3.5% in February.

No wave of addiction crises seems to be happening yet in Saranac Lake, at least. Adirondack Health spokesman Matt Scollin said that, anecdotally, Adirondack Medical Center’s doctors and nurses have not noticed an increase in drug and alcohol problems at the local hospital.

Ross, however, noted that some New York sheriffs departments are already reporting increases in opioid overdoses and deaths, which he said “is totally consistent with the feared increase.” He said the opioid epidemic has not gone away; it just has received less attention amid the COVID-19 pandemic.

If St. Joe’s had laid off or furloughed staff, Ross said it wouldn’t be so easy to bring them back. Addiction treatment industry is not like manufacturing, which often can keep staff levels proportional to the amount of work to be done.

“There are points at which when you fall below a certain number of staff, you threaten the integrity of the program,” he said.

If demand does increase for addiction treatment, the facilities that provide it may have to do so with less state aid. When the state Legislature and governor passed the 2020-21 budget in early April, in the throes of coronavirus fear, they gave the governor’s office the option to withhold funding later in the year if revenue isn’t there to pay for certain services. That happened last week. For the state Office of Addiction Services and Supports, 31% of the amount it distributes through counties was withheld.

State Assemblyman Billy Jones, D-Plattsburgh, opposed this in a statement he issued Monday. He said addiction affects many families in his district, which includes Franklin County.

“Funding and support for OASAS is important now more than ever during the COVID-19 pandemic as our region has experienced a significant increase in overdoses so far in 2020 compared to 2019, and therefore the proposed 31% cut to our substance use prevention organizations is quite simply unacceptable,” Jones said.

Most of St. Joe’s rehabilitation clients can’t afford to pay, so Medicaid covered 58% of the agency’s $18.5 million budget in 2019, according to Ross. State and county aid last year made up $2.5 million, or about 15%. The rest was a mix of donations, federal and nonprofit grants, and contracts for specific services such as inmate treatment at the federal prison in Ray Brook — plus private insurance, which made up about 1% of St. Joe’s revenue.

The Franciscan Friars of the Atonement founded St. Joe’s in 1971 in Saranac Lake for treatment of male alcoholics. It separated from the friars in 2008 and expanded across three counties. It now also has locations in Tupper Lake, Malone, Massena, Elizabethtown, Ticonderoga, Keeseville and Mountain Lake Academy in Lake Placid, plus mobile units and supportive housing apartments in Malone, Saranac Lake, Massena and Ticonderoga.

At its headquarters on Glenwood Drive in Saranac Lake, St. Joe’s still runs a residential treatment facility for adults coming from far and wide, as well as a separate unit for veterans who suffer from addiction and post-traumatic stress. Also in Saranac Lake it has an outpatient counseling center on Broadway — almost all of those services have been moved to videoconference since the pandemic began, Ross said — and an Open Access office in the Adirondack Medical Center hospital that can do addiction assessments and referrals. Those latter two services will soon be moved to share space with a 10-bed detox facility on John Munn Road; St. Joe’s plans to break ground on that in less than a month, Ross said.

During the pandemic, Ross said St. Joe’s has seen no cases of COVID-19 in its staff and only one in a client, a resident of its Rose Hill teenage facility in Massena.