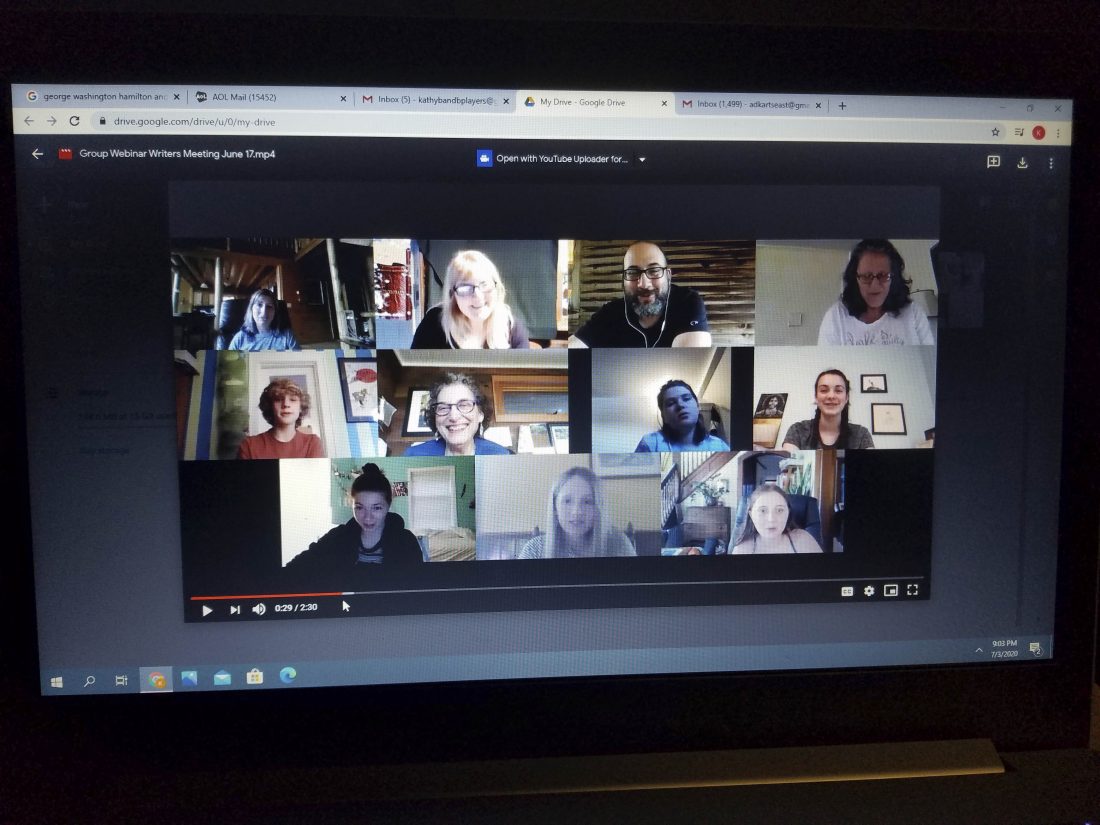 KEENE — This is the time of year Kathleen Recchia usually is preparing for the Book & Blanket Players annual summer musical-in-a-week program. This year, the youth theater producer/director is still preparing, but it’s a completely different kind of production, thanks to the COVID-19 pandemic. The production is called “Piano Portal, a 20/20 Time Travel Musical.” On Aug. 1 there will be a preview of the production drive-in movie style at the former polo field at The Bark Eater Inn on Alstead Hill Road in Keene.

Usually the group meets in person to prepare. This year, those meetings took place on Zoom.

Recchia constructed the show from copyright-free material. She selected songs from the public domain, basically songs written prior to 1924, and invited the directorial team and the student actors to write scenes around them. Six of the nine registered student/actors took her up on the challenge. The team of adults and students have met once a week for the past seven weeks to work on an outline, various scenes, how the songs would fit in and be rewritten, and ultimately a completed script.

“We are grateful to Eric Klotzko for the time, energy and expertise that he has shared with us and continues to share as we enter the rehearsal and production phase of the project,” said Recchia. “Everything will be recorded through Zoom or phones and then Eric will edit it all to create the final production.” Good Guy Productions has been hired for the drive-in service and volunteers and directors will be on hand to make sure all safety precautions are observed.

Admission is free but donations may be sent to East Branch Friends of the Arts at P.O. Box 768, Keene Valley, NY 12943 to support the theatre program or find them online. Reservations may be made by emailing Recchia at: bookinnjay@aol.com or calling 518-708-3606. The production will begin at approximately 8:30 p.m. on Aug. 1. Cars may start assembling at 8 p.m. at The Bark Eater Inn.

The Book & Blanket Players is sponsored by East Branch Friends of the Arts, a community-based, non-profit group dedicated to supporting and promoting the visual and performing arts.

The program has been awarded a Stewart’s Holiday Match grant and a grant from the Pumpkin Hill Foundation. This project is made possible, in part, with funds from the Decentralization Program, a regrant program on the New York State Council of the Arts with the support of Gov. Andrew Cuomo and the New York State Legislature and administered by the Adirondack Lakes Center for the Arts.

For more information, contact Kathleen Recchia at bookinnjay@aol.com or 518-708-3606.