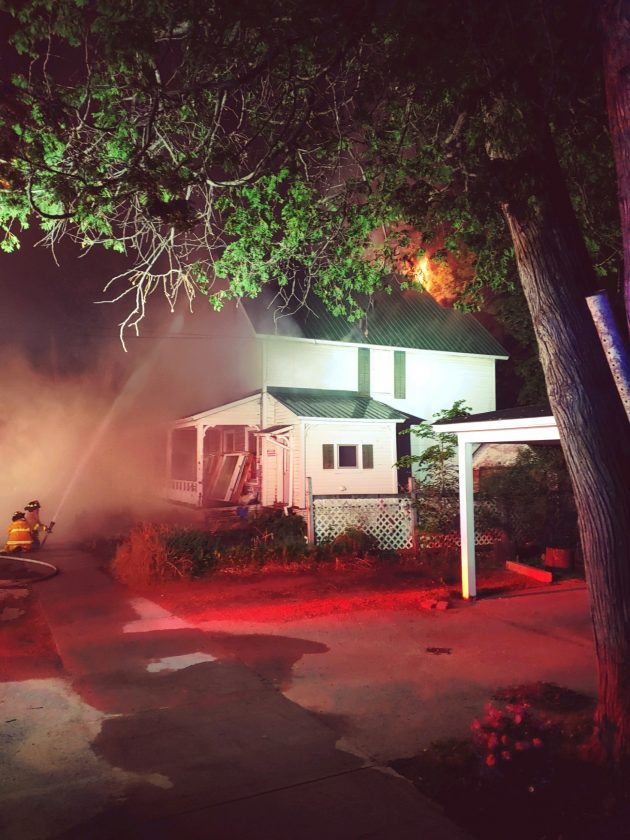 The Saranac Lake Police Department and the Franklin County Cause and Origin Team are leading the investigation. No one had been charged as of Friday afternoon, according to village police Sgt. Jason Swain. He could not say what is known about the fire’s cause and origin because they are still in the middle of their investigation. Asked if it would be accurate to say fire investigators’ findings suggested the blaze may have been set intentionally, Swain said yes.

Brendan Keough, chief of the Saranac Lake Volunteer Fire Department, said the house at 128 Margaret St. was burning on all three floors when his department arrived in response to a call at 2:47 a.m. Flames were pouring out of the third floor. 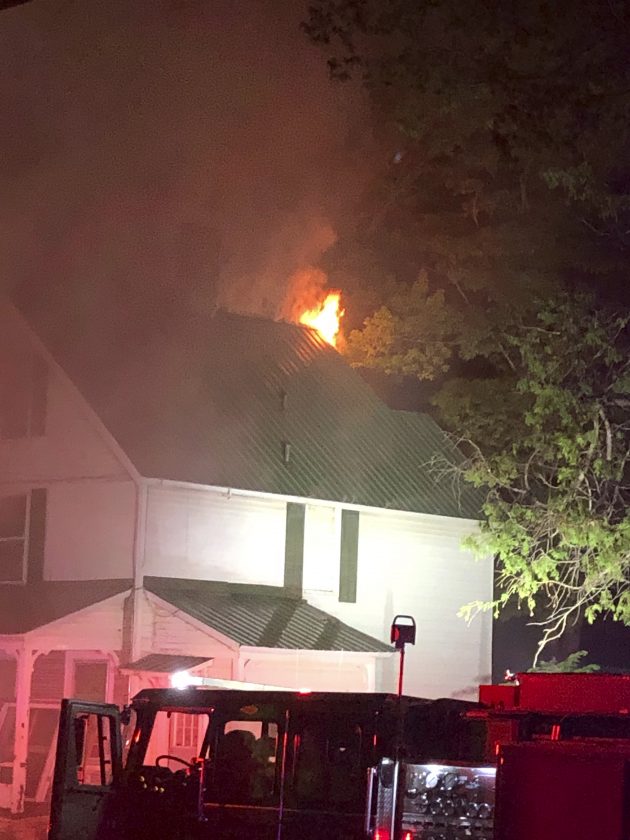 Firefighters first tried to determine if anyone was inside.

“At this time, as far as we can tell, it was unoccupied,” Keough said.

Knowing that, they attacked the fire from the exterior, blasting it with water for about two hours, Then, as smoke continued to plume out of the third floor, they transitioned to an interior attack to finish the job. By 5:45, no more smoke could seemed to be emanating from the structure.

Two Franklin County fire investigators were working at the scene as well as firefighters from Bloomingdale and Lake Placid, as well as roughly 20 firefighters and three trucks from Saranac Lake. The Paul Smiths/Gabriels Volunteer Fire Department helped man the Saranac Lake firehouse. 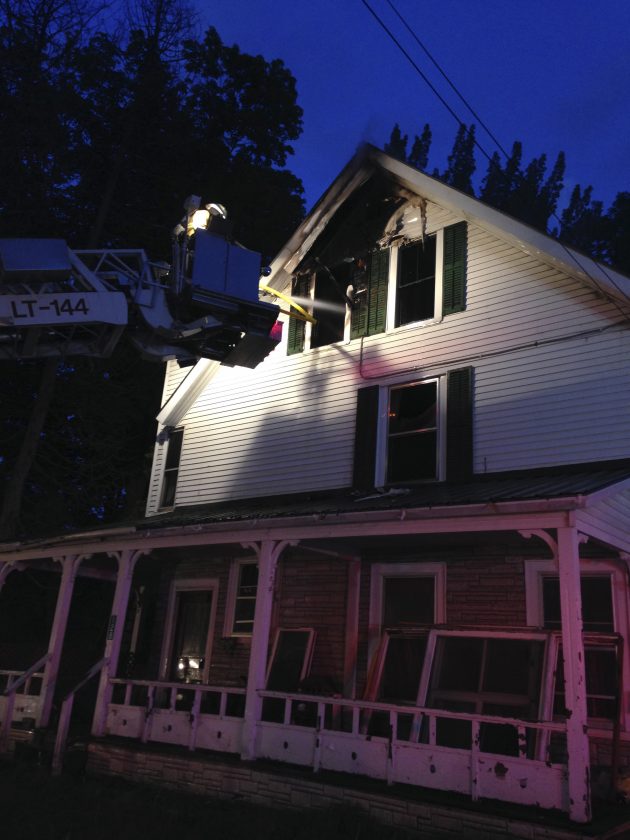 The chief said firefighters initially weren’t getting enough water pressure from two Margaret Street fire hydrants. One old hydrant broke when they opened it up, but also, the hydrants are attached to small 4-inch water mains. It wasn’t until firefighters connected to a hydrant on Park Avenue that they got the pressure they needed.

Another problem was that the house backs up to a steep hill.

“It’s a pretty difficult fire to fight from that perspective, because you can only get to three sides,” Keough said.

One firefighter got overheated from the action but did not need to go to the hospital.

Margaret Street was reopened to vehicle traffic shortly before 8 a.m., although firefighters and police were still on the scene. 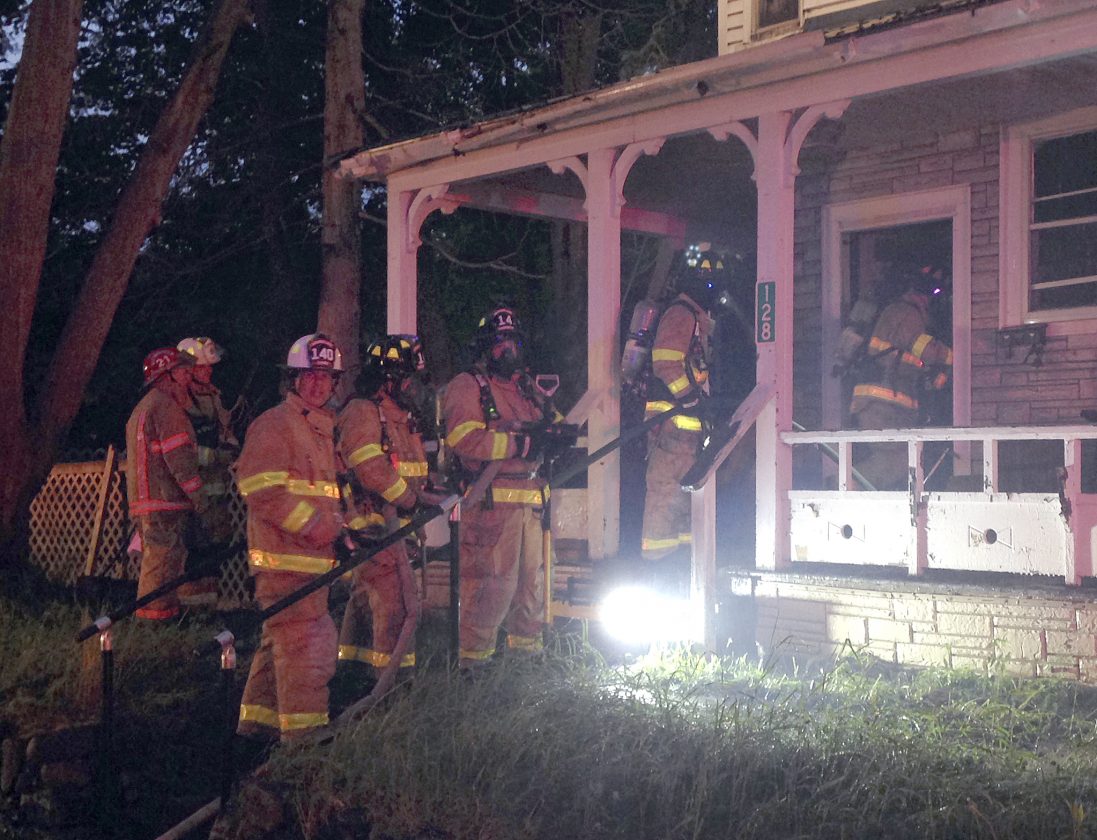 Village police have been knocking on neighbors’ doors and asking them what they have seen, Sgt. Swain said Friday afternoon.

“We’ve canvassed the neighborhood,” he said.

Two different neighbors told the Enterprise they didn’t think anyone had lived at 128 Margaret for a year or more. Swain said that’s what police were told, too. 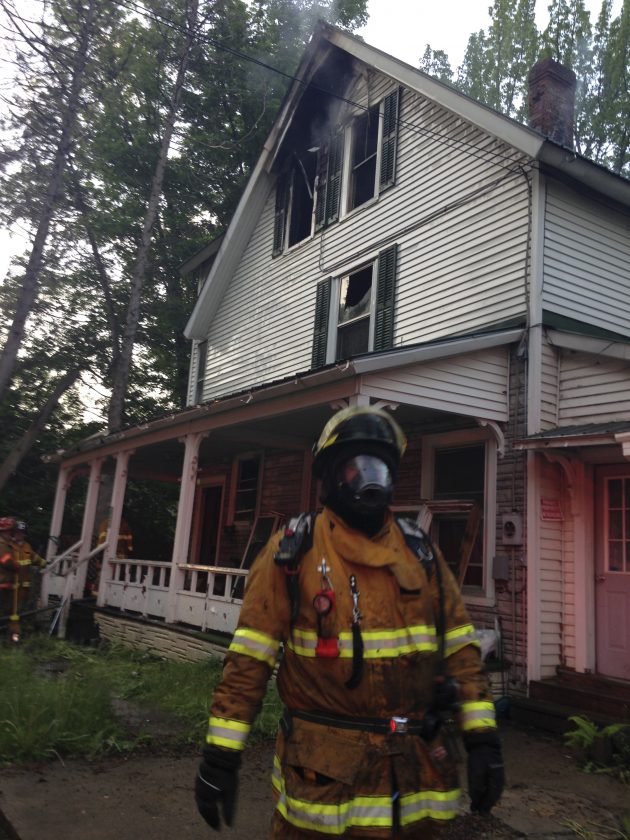 Those neighbors also said the last time they saw anyone go inside was a few weeks ago.

“That’s about the same time frame we were given,” Swain said.

County records show the house was built in 1895, making it one of Saranac Lake’s first wave of neighborhood residences. Franklin County property records show the current owner as Veronica Rivers, who bought it from longtime owner Margaret Bray in fall 2015. But neighbors said Rivers did not live there long, if at all. Brothers Ryan and Brady Ratelle were among the main residents. 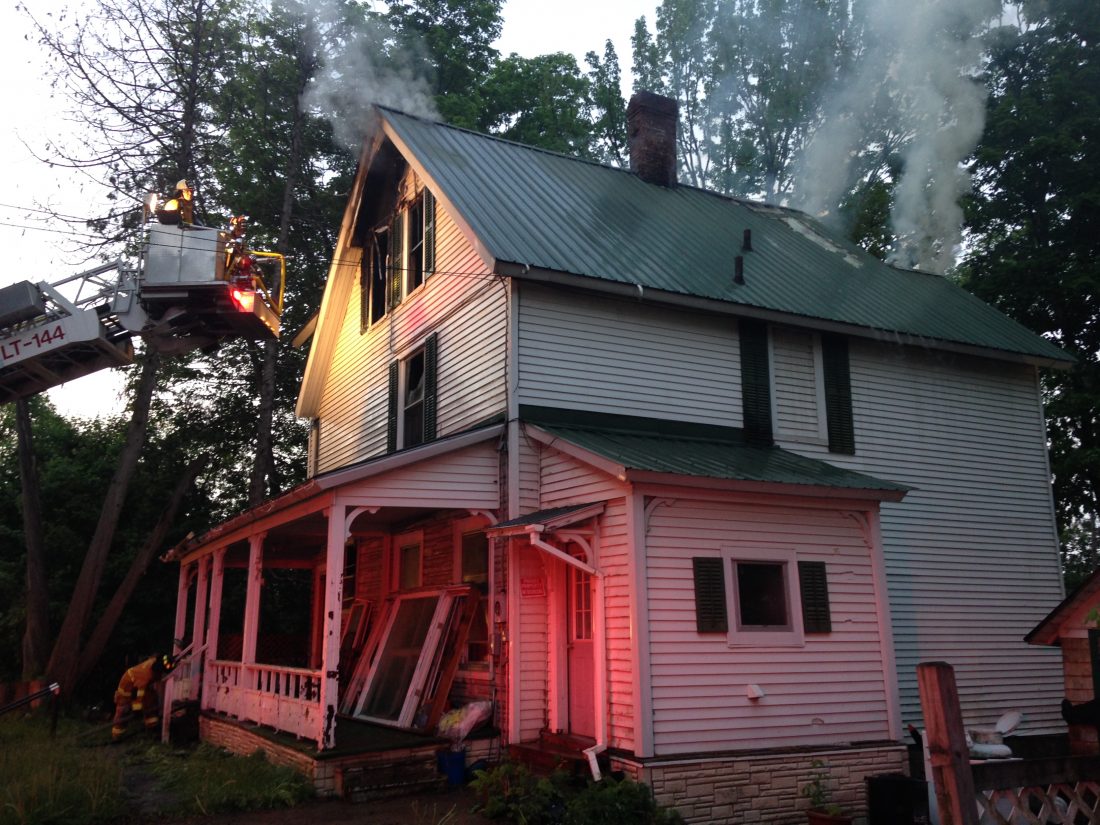 “We have been in contact with them,” Swain said of the Ratelles.

Mike Anello, who lives next door, was at work at Sunmount Developmental Disabilities Offices in Tupper Lake when his wife told him about the fire. He left work and raced over.

He knew Ryan Ratelle because their children used to play together. He recalled that Ryan, a carpenter, had planned to renovate the house, but when he last showed it to Anello, much had been demolished and not yet rebuilt.

“The place has been vacant for over a year,” Anello said. “When he was here, we’ve been inside it, and the upstairs, there’s nothing. It’s completely demo’d out.” 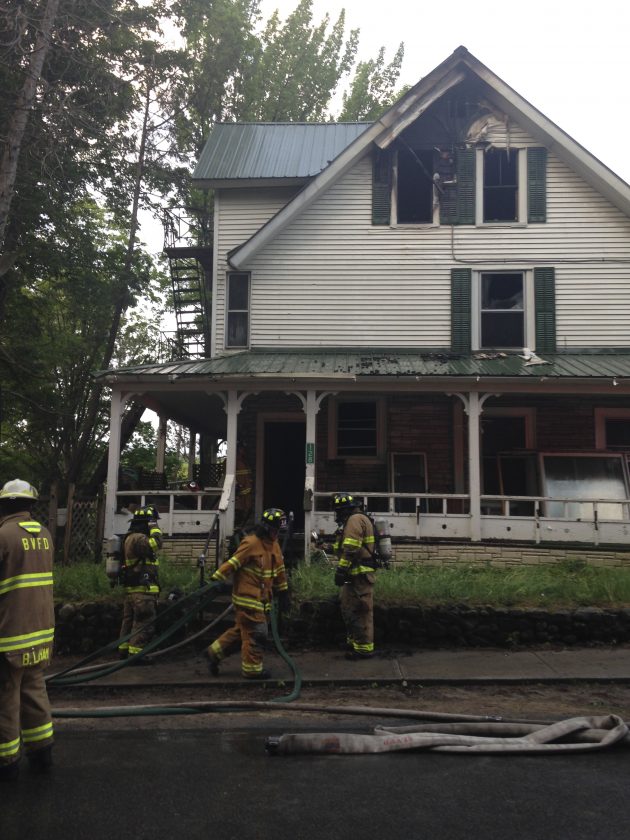