Asks for adherence to COVID-19 rules 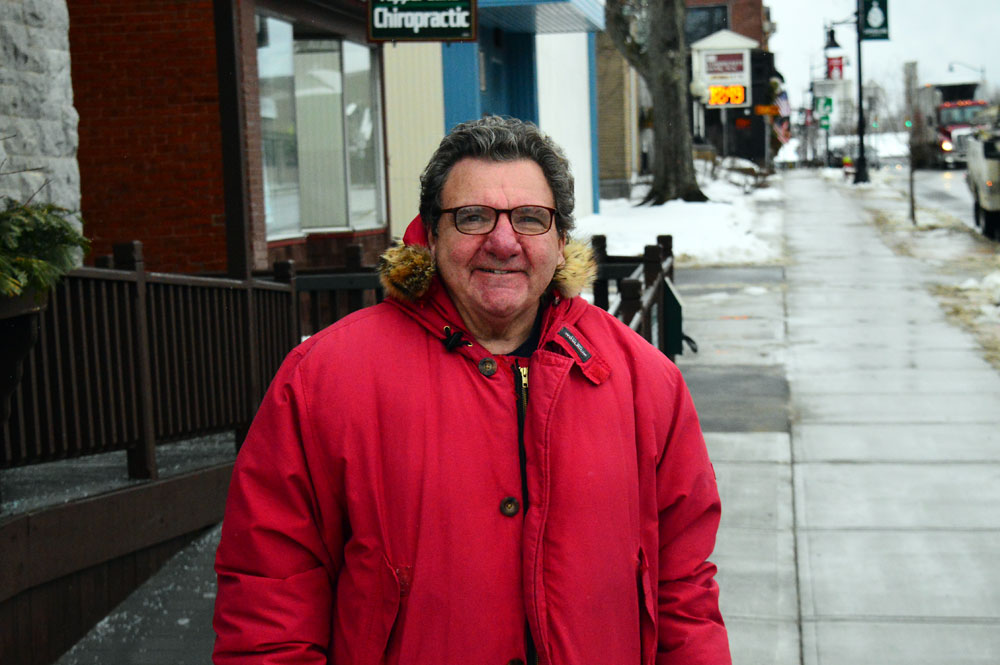 Paul Maroun, seen in February, is mayor of the village of Tupper Lake and a Franklin County legislator. (Enterprise photo — Aaron Cerbone)

TUPPER LAKE — The village mayor is warning businesses here, especially restaurants, that they must abide the state’s coronavirus regulations when reopening to customers, as he has been tasked by the governor with enforcing them and knows several state agencies are sending “undercover agents” to check if establishments are complying.

Mayor Paul Maroun said Tuesday that Gov. Andrew Cuomo is “mad” about non-compliance and that the state is performing unannounced inspections of businesses.

“Each region has undercover agents from the state Liquor Authority and the health department going around,” Maroun said. “I don’t know where they are … but they have the ability to suspend or revoke your liquor license. They also have the ability to close a place of business down.”

Maroun said he is “begging” business owners to follow the rules and avoid penalization.

“I know it’s tough on the businesses, but we’re trying to do everything we can to give them a little leeway,” Maroun said. “I don’t want anyone to lose their license. I want everyone to make money this summer.”

Maroun said if the village finds a business to be violating the laws, they could possibly settle the issue with a warning and work out an agreement with the district attorney and police — but if the state finds a violation, it might not be that easy.

When a citizen makes a complaint, it goes through Albany to the “Regional Control Room” to the county district attorney, who consults with the State Police, village police or the mayor about what to do.

Maroun said he has processed three or four complaints so far. He said they’ve ended with warnings, but if a complaint is made a second time, the state and the police may get involved.

“These people aren’t fooling around,” Maroun said. “The governor is dead serious.”

Maroun said he did not want to give specifics about which businesses have received complaints but said they mostly were about stores or restaurants not requiring masks of their employees and/or customers, or about seating not spaced 6 feet apart, especially at a bar.

He said one store received a complaint because it has refused to have its employees wear masks. The business is not based in New York state, Maroun said, and though he has called its corporate offices, he said it could get shut down by the state.

For the most part, though, he said businesses are complying with mask, occupancy and social distancing rules and there have not been many problems.