Senate OKs full board for APA 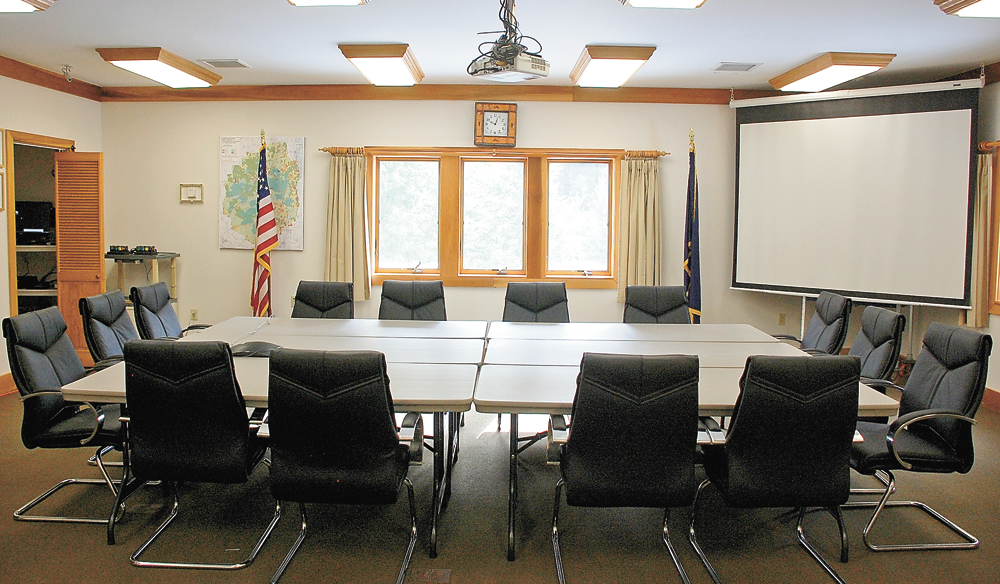 The state Adirondack Park Agency now has a full board for the first time in a while, after the state Senate approved seven nominations — four new and three returning — from Gov. Andrew Cuomo Wednesday.

The new board members are Zoe Smith of Saranac Lake, assistant director of the Adirondack Watershed Institute at Paul Smith’s College; Andrea Hogan, supervisor of the town of Johnsburg in Warren County; Mark Hall, former supervisor of the town of Fine in St. Lawrence County; and Kenneth Lynch of Onondaga County, a recently retired attorney and Central New York regional director with the state Department of Environmental Conservation.

The three incumbents given new terms are Art Lussi of Lake Placid, a hotel owner and developer; Daniel Wilt, former Lake Pleasant town supervisor and business owner in Hamilton County; and John Ernst of Manhattan and Elk Lake, owner of the Elk Lake Lodge and an environmental philanthropist.

The board has been operating with no chairperson, three vacant seats and four board members serving on expired terms. Other than the three designees of the state departments of Environmental Conservation, State and Economic Development, the only board member serving on a current term is Chad Dawson of Onondaga County, author and retired professor at SUNY College of Environmental Science and Forestry, although his term expires June 30.

The nominations were divisive among local environmental groups. Earlier this week, the Adirondack Council praised the return of a full board, and the Adirondack Mountain Club described these nominees as an improvement over last year’s rejected slate. But Protect the Adirondacks voiced displeasure with the nominations, saying the people chosen will not make real change within the agency.

Adirondack Wild: Friends of the Forest Preserve weighed in later this week, taking an overall negative view. The group approved of three nominees but said others are antithetical to the APA’s mission.

David Gibson, managing partner of this environmental advocacy group, said this slate of nominees “stands the APA’s legislated mission on its very head” and that the APA “is at its weakest point in more than 30 years of observation.” He said more board members should have backgrounds, interests or achievements in protecting natural resources.

“While local government and economic development interests should be represented on the APA, they should not dominate the APA board,” Gibson wrote in a press release.

He approved of Smith and Ernst, and said Hogan was “a logical replacement for the retiring Mr. Bill Thomas (both of whom have been Town Supervisors in Johnsburg).” But he added, “Based on our knowledge and experience, Mr. Hall, Mr. Lynch, Mr. Lussi and Mr. Wilt do not possess the qualities that all New Yorkers expect of APA nominees.

“Lynch has been added to the Governor’s slate ostensibly as an environmental attorney. We differ,” Gibson wrote. “Mr. Lynch is a former DEC deputy commissioner who, in the APA’s continuing struggle to maintain its independence visa vi the much larger DEC, simply adds a second vote to DEC’s pre-existing, ex-officio vote on the agency.”

Gibson said there is a list of other environmental attorneys Cuomo could have chosen who are independent of DEC.

State Sen. Betty Little said she is happy with the nominations and happy that the whole slate passed the Senate with 100% of the vote. The Republican from Queensbury is a longtime member of the Senate Environmental Conservation Committee and is retiring from the Senate this year.

She said she is glad the returning members are coming back and believes the new ones have good experience for the job. She said the board has not had many big projects recently, so it was fine to not have a full board, but she expects there will be more coming in after the coronavirus pandemic.

Little said she believes the APA board has been operating well but is glad to have it full again.

“With all things in life, balance is so important,” Little wrote in an email. “I am confident we have a really good blend of local government and environmental perspectives and thank Governor Cuomo and his staff for their thoughtful nominations. We have some long-term experience on the board and now some new faces, which is great. While I won’t be serving in office as this board does its work in the years ahead, I am looking forward to continuing to follow the APA and seeing how these individuals collaborate to help lead the Adirondack Park in a positive direction.”

Cuomo will likely appoint someone from the APA board to be chair in the near future.