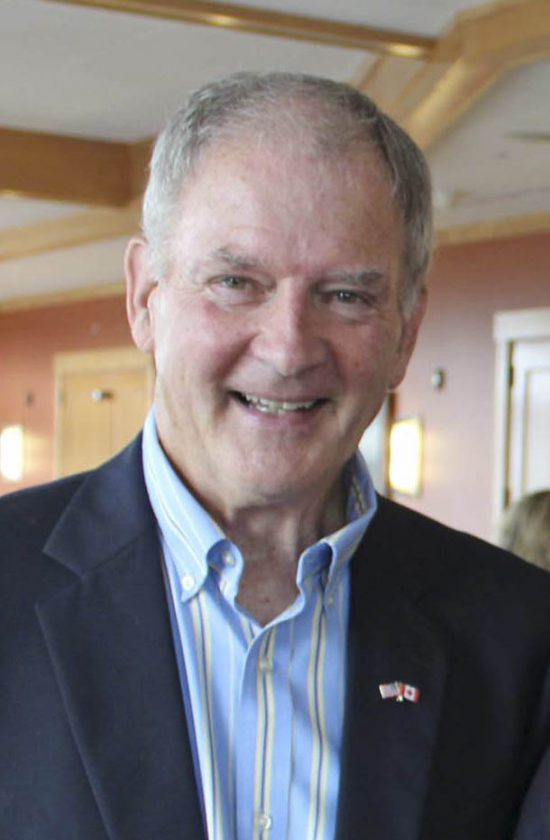 Former North Country congressman Bill Owens reached out to the Enterprise this week to say many Canadian citizens are worried about recent U.S. COVID-19 spikes, and he thinks they will push their government to extend the U.S.-Canada border closure though the end of the summer, at least.

The border closure is being done one month at a time, coordinated between the two nations’ governments. So far it has been extended for a fourth month, until July 21.

“Given what’s happening now in the States, I think (there is a) high likelihood of an extension,” Owens said by phone Friday. “If you asked me two weeks ago, I would have said it will end in July. But this is a dramatic change.”

Owens, a Democrat from Plattsburgh, was elected to the U.S. House of Representatives from 2009 to 2014 and now works as a lawyer specializing in U.S.-Canada trade issues.

“We have a significant number of Canadian clients,” he said, and he said he talks with them regularly about how the coronavirus is being handled on either side of the border — which has been closed to “non-essential” traffic since March 21. Most of these clients, being business people, are eager for the border to reopen, he said, but he also talks to friends who live in Canada, and they are much more cautious.

Owens pointed to poll results released in mid May by Canadian outlets DART & Maru/Blue, which found that 83% of the 1,512 randomly selected Canadian adults wanted the border to stay closed, as reported by the Kansas City Star. A more recent random poll of 1,009 Canadians, which Nanos Research conducted between May 26 and 28, found that 40% think Canada should keep the border closed until the end of the summer, and 31% say it should stay closed until there is a vaccine.

U.S. Rep. Elise Stefanik, a Republican from Schuylerville who succeeded Owens on Congress, has written a letter along with Rep. Brian Higgins, D-Buffalo, to the U.S. Department of Homeland Security and the Canadian minister of public safety asking for “nuanced and particularized guidance” on reopening the border bit by bit. These co-chairs of the House Northern Border Caucus said the current “one-size-fits-all approach … has the impact of keeping communities apart.” Garry Douglas, head of the North Country Chamber of Commerce in Plattsburgh, agrees that the border should be reopened in phases and mourns its long closure.

Owens, however, says the Canadian government is likely feeling pressure from citizens to keep the border closed longer, despite business interests.

“I think it’s going to be enhanced when they see what’s going on in the South and the West,” he said, referring to coronavirus spikes in those U.S. regions. “And I think the president’s behavior does not enhance their confidence.”

U.S. President Donald Trump has repeatedly called for a faster reopening of the U.S. economy and clashed with states such as New York that enacted strict rules and kept businesses shut down.

When the shutdowns began in March, Owens said most of his clients thought it would only last for a short time.

“Then it evolved into, when is this going to end?” he said.

Later, he said, they started wondering why the U.S. can’t control the virus’ spread better. They wondered why the federal government was largely leaving things up to states.

“Canada is more nationally focused rather than provincially focused when it comes to this issue,” Owens said.

The closure does not block “essential travel,” which includes trade, commuting to work or school, returning to home countries, medical travel, emergency response crews and military. But it does ban tourism and visiting. In this part of the world, many people’s personal lives overlap the border, and cross-border tourism is a major part of the North Country economy, especially in summer. In the Adirondacks, “Many businesses report that 20% of their visitors are from Canada,” according to James McKenna, CEO of the Regional Office of Sustainable Tourism, based in Lake Placid.