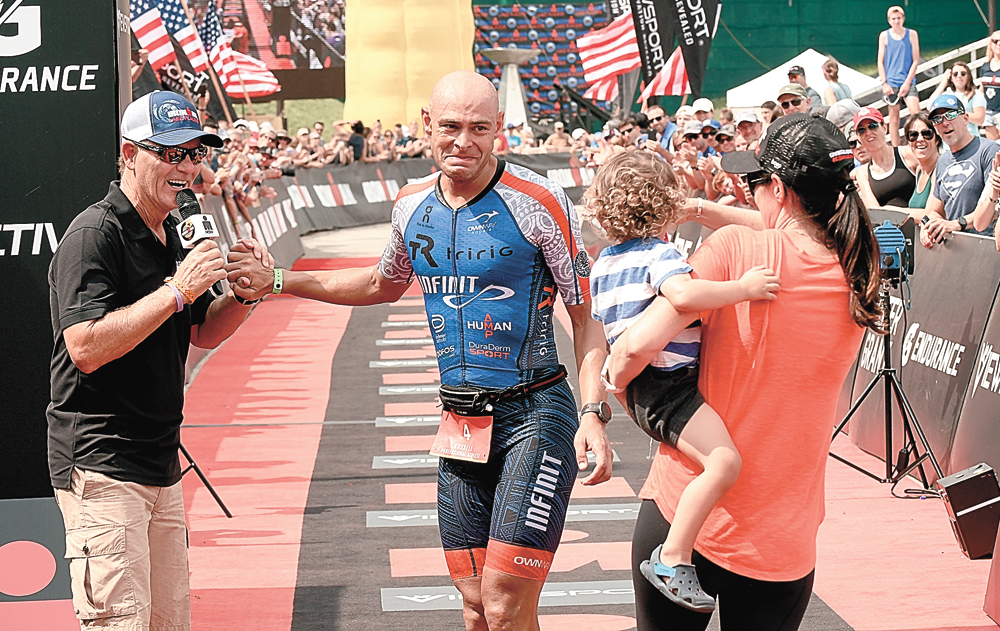 After being interviewed by Mike Reilly, “The Voice of Ironman,” an emotional Matt Russell is greeted by his wife Gillian Forman Russell and their son Makaio following his victory in the Ironman Lake Placid triathlon in July 2019. (Enterprise photo — Lou Reuter)

LAKE PLACID — After postponing the 2020 Ironman Lake Placid originally scheduled for July 26, a new date of Aug. 30 has been set for the annual race.

The announcement was made Thursday in a news release and also posted on the Ironman.com website.

The Aug. 30 date, which is just five weeks after the 140.6-mile triathlon was originally slated to to take place was listed as tentative.

The website states, “After assessing all event scenarios, we are pleased to share that the 2020 ViewSPORT IRONMAN Lake Placid triathlon has been tentatively rescheduled for August 30, 2020.

“The new tentative race date will be fully confirmed once local and New York state officials announce their continued plans for reopening. Following the confirmation of the new race date, we will be reaching out to registered athletes to provide further updates.”

The website also has the 70.3 Ironman race in Lake Placid on Sept. 13 is still on schedule, which means if both races take place, there will be two Ironman events hosted in Lake Placid over a span of two weeks.