Hotel Saranac is back 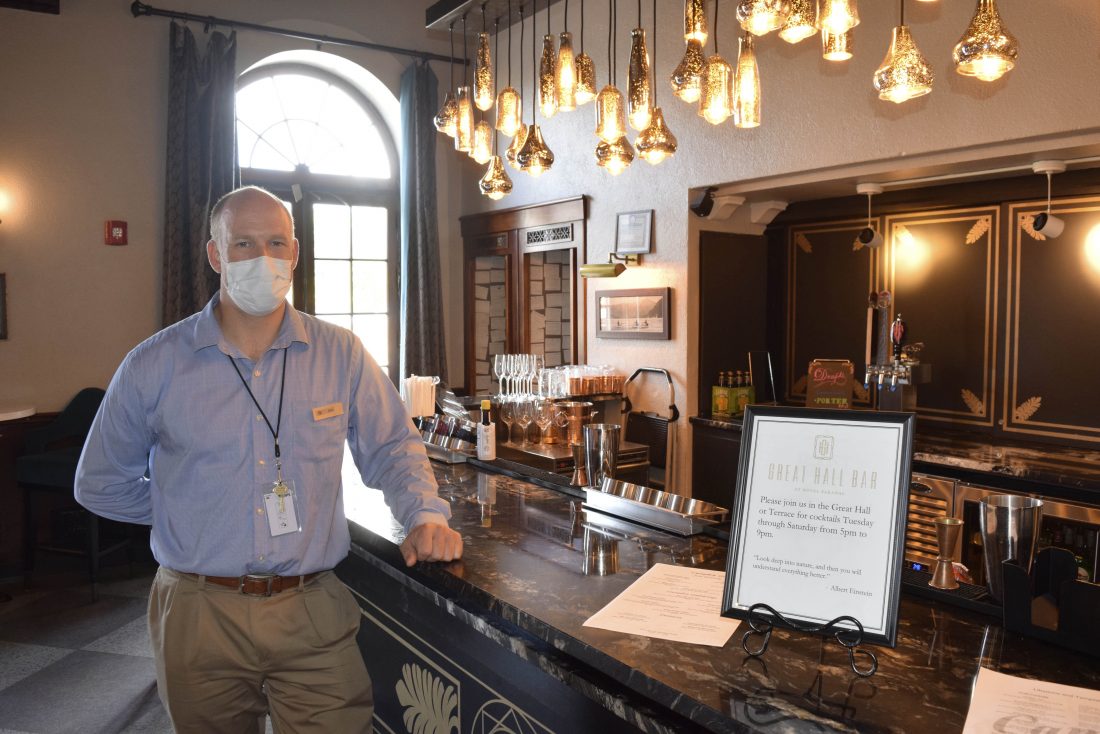 Jake Kipping, general manager of the Hotel Saranac in downtown Saranac Lake, smiles behind his mask in the hotel’s Great Hall Bar, which reopened Tuesday along with its Camp Fire restaurant. Camp Fire is currently serving dinner only under new chef Richard Brosseau, formerly of Richard’s Freestyle Cuisine, the Interlaken and the Wawbeek. The hotel closed in March, laying off about 70 staff members, but reopened to overnight guests June 15. Its Academy and Main gift shop reopened June 17. Its hair salon has been rented to Renee Hooker of Main Street Salon, and its spa has not yet reopened. (Enterprise photo — Peter Crowley) (Editor's note: The spelling of Brosseau has been corrected here.)