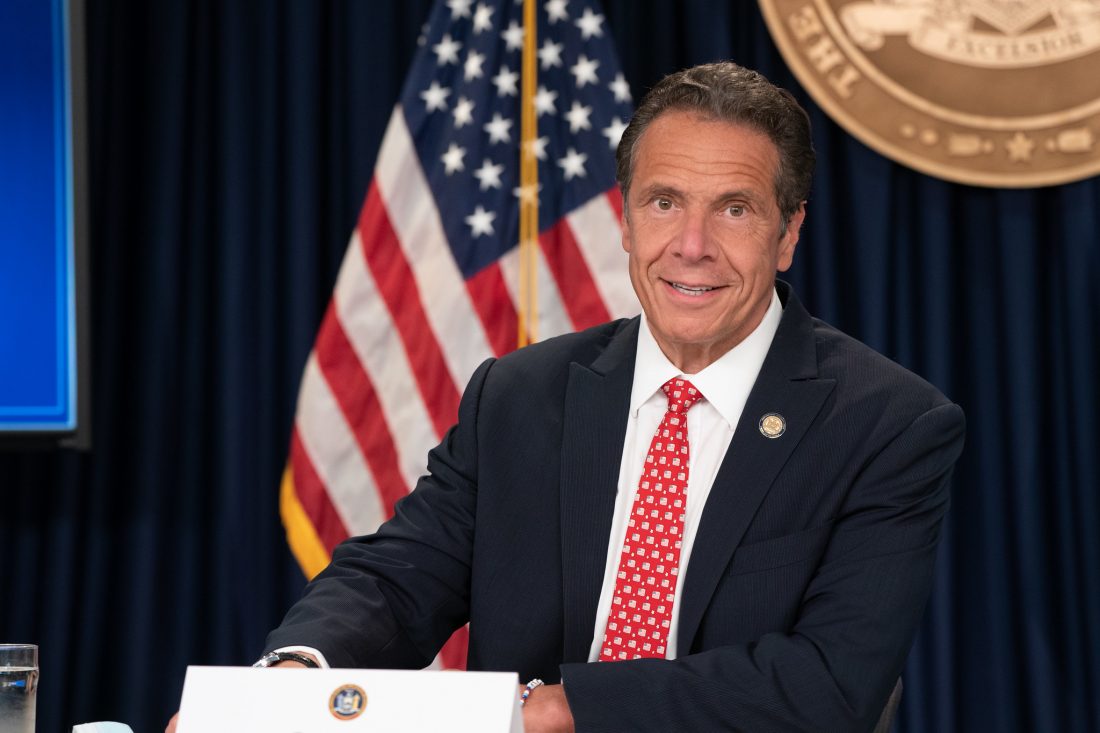 ALBANY — Gov. Andrew Cuomo wrapped up a string of more than 100 daily briefings that became appointment viewing around the nation, alternatively informative, grave, jocular and combative, by declaring Friday that New York has “done the impossible” in taming the coronavirus.

Cuomo appeared alone behind his desk during a brief address, a departure from his routine of presenting slides with bar graphs of COVID-19 hospitalizations and then taking questions from reporters. But his message was the same as in recent days: New Yorkers at the epicenter of the U.S. outbreak worked together to fight the virus and now must be on guard for a second wave.

“If we could accomplish together what we did here, this impossible task of beating back this deadly virus, then there is nothing that we can’t do,” Cuomo said. “And we will be better. And we will be stronger for what we have gone through.”

As case numbers climbed, the briefings, usually from the state Capitol, were covered live daily by networks, notably CNN, the employer of the governor’s younger brother and on-air sparring partner, Chris Cuomo. The elder brother promised “just the facts” and shared the screen daily with slides loaded with statistics. But a politician famous for being calculating and controlling frequently provided glimpses of his humanity through 110 briefings with reporters.

On any given day, he would fret over the safety of his 88-year-old mother, expound on the grittiness of New Yorkers, get misty-eyed over the gift of a single mask, defend charges he locked down the state too late, chide young people for not wearing masks, or grieve over daily death tolls that climbed as high as 800.

On Friday, Cuomo said an average of 25 people per day were dying this week. The number of people hospitalized with COVID-19 was 1,284, compared with more than 18,000 at the peak of the outbreak.

The governor has repeatedly said there was not time for politics during the crisis, though the briefings highlighted his sometimes contentious relationships with New York City Mayor Bill de Blasio, a fellow Democrat, and President Donald Trump.

Cuomo announced a statewide lockdown in March, days after knocking down de Blasio’s statement that city residents should be prepared for the possibility of a “shelter-in-place” order. In April, he dismissed the mayor’s announcement of continued city school closings this spring as an “opinion,” confusing parents and teachers.

Cuomo had made a point of thanking Trump for help acquiring more hospital beds and equipment, but the pair clashed intermittently over the federal response to the outbreak. In April, they traded barbs during a briefing, with Cuomo responding to a real-time Trump tweet read to him by a reporter.

The governor has repeatedly denied he wants to run for president this year, but his briefings — that he’s said drawn 59 million viewers — has undeniably raised his stature as he prepares to helm the National Governors Association this fall. Cuomo used his briefings to urge governors to work together to address the pandemic and the criminal justice system in the wake of George Floyd’s killing.

“I think the daily briefings made the governor essentially the voice of the governors who were tasked by their obligation and circumstance to fight COVID-19,” said Gerald Benjamin, founding director of the Benjamin Center for Public Policy Initiatives at the State University of New York at New Paltz. “He was also an alternative voice to the president who didn’t take leadership in the matter.”

Benjamin, a longtime political science professor, said he can’t remember any chief executive ever being available for over 100 days of press conferences in a row.

Cuomo’s streak of holding briefings — even on weekends — surpasses other governors’ amid the pandemic.

Governors in Ohio and Louisiana held daily briefings early on in their state’s initial outbreaks, while Missouri Gov. Mike Parson once held pressers six days a week. Those governors later dropped to briefings once or twice a week.

“I think ending it is smart,” Benjamin said. “He would diminish its importance if he persisted with it in a dramatic focus.”

“After 62 years when I thought that I had seen it all,” he said, “I got an education too.”