Coming soon to a sidewalk near you

The sidewalk of Berkeley Hill in downtown Saranac Lake is one of six spots where poems are to be painted — visible only when wet. (Enterprise photo — Peter Crowley)

In front of the post office is one of six patches of sidewalk where poems are to be painted — only visible when wet. (Enterprise photo — Peter Crowley) 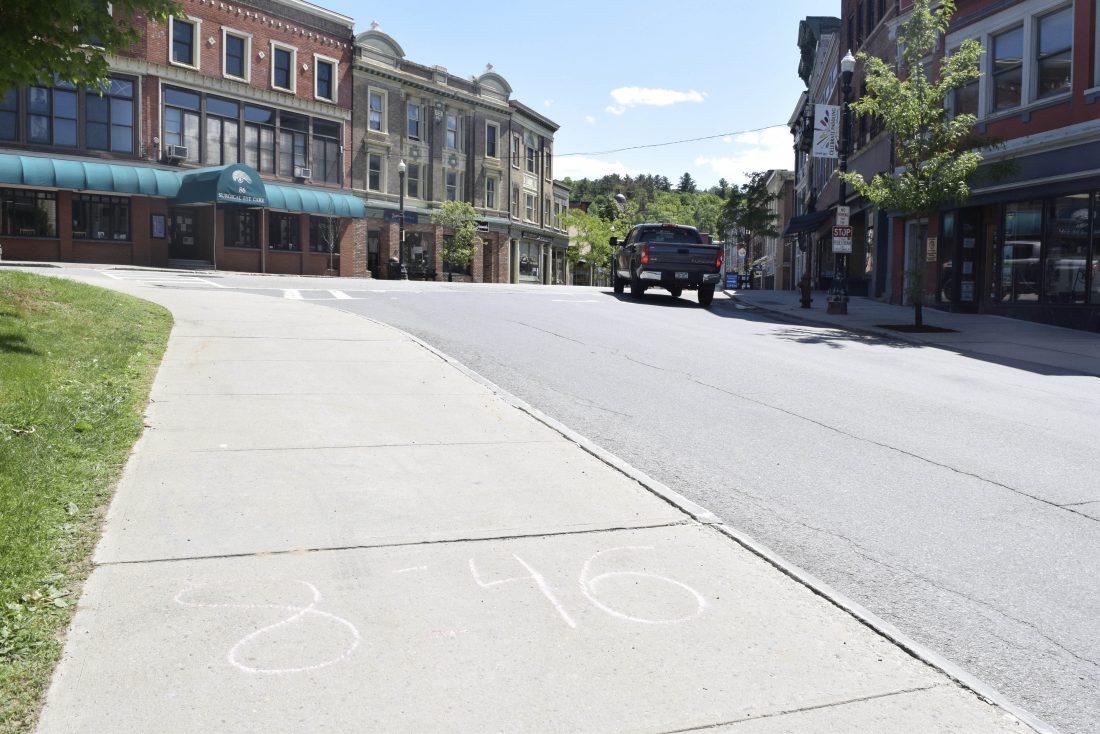 The sidewalk of Berkeley Hill in downtown Saranac Lake is one of six spots where poems are to be painted — visible only when wet. (Enterprise photo — Peter Crowley)

SARANAC LAKE — Sidewalks here will soon be awash in verse.

Last week the village Board of Trustees approved the first of what will become a series of art installations recommended by the village’s Arts and Culture Advisory Board. In this case, the art will be short poems painted on downtown sidewalks in six locations.

There’s a catch, though: You won’t be able to see them — until it rains.

They’ll be stencil-painted on the concrete with special coating that disappears when dry.

The project is called Raining Poetry. Adirondack Center for Writing Executive Director Nathalie Thill is a member of the Arts and Culture Advisory Board, and she pitched the idea to her fellow members, with her group as sponsor, according to village Community Development Director Jamie Konkoski. 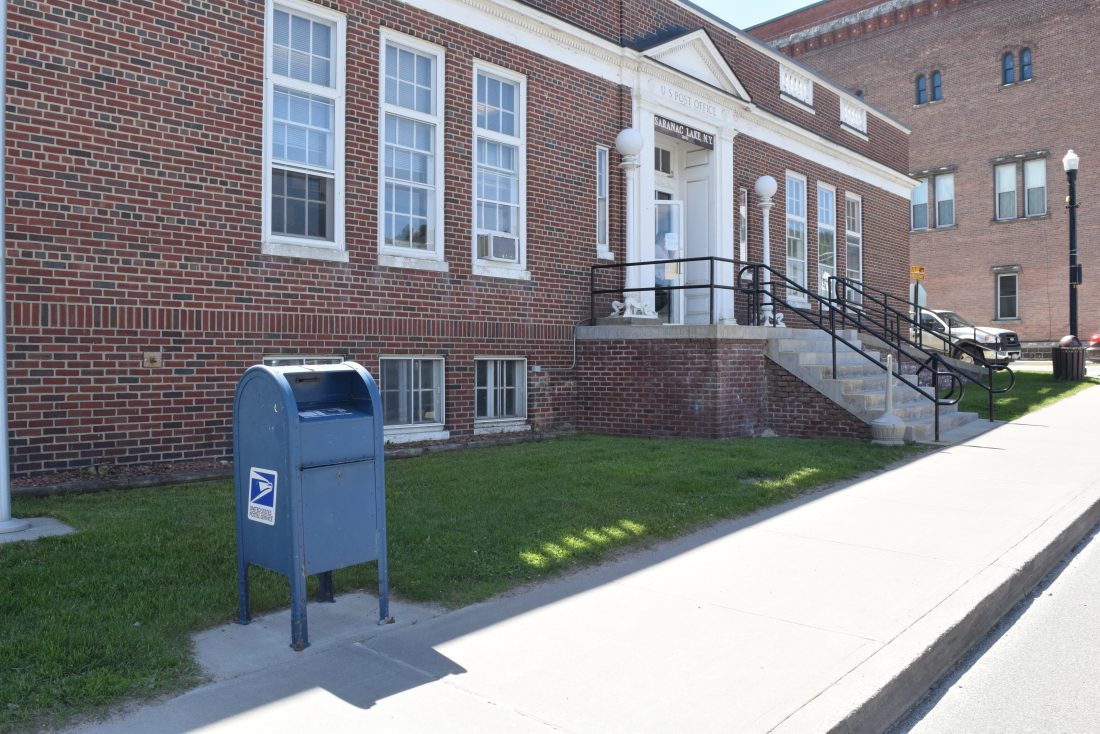 In front of the post office is one of six patches of sidewalk where poems are to be painted — only visible when wet. (Enterprise photo — Peter Crowley)

“This will be a celebration of rainy weather, something to enjoy rather than to avoid,” ACW wrote in a pitch to village officials. “Our weather here is unpredictable and rarely sunny for long. Rainy weather brings locals and tourists alike out of the woods and into town, and when they come, they will be greeted with poetry at their feet.”

ACW plans to gather candidate poems, “written by local and nationally acclaimed poets,” and let local people decide which six to pick. ACW plans to post the poems online and finish voting by the end of June.

The six sidewalk locations have already been picked:

¯ River Street at Main Street, in front of Riverside Park

¯ Broadway in front of Berkeley Green

¯ Main Street in front of the Saranac Lake Free Library

The maker of the coating, Rainworks, explains that its Invisible Spray is a clear coating that repels water when sprayed on surfaces such as concrete and wood. Therefore, while the rest of a sidewalk gets darker in color when wet, the sprayed portion remains light-colored. It is used with stencils to show words or images that appear like invisible ink when wet.

“It’s meant to be like a pleasant surprise on a rainy day,” Rainworks founder Peregrine Church said in a promotional video.

The company shows more than two dozen public uses of its Invisible Spray all over the U.S., plus more in Europe and Asia.

“Once dry, rainworks are completely non-toxic, environmentally safe, and biodegradable,” the company says on its website. “The solvent in Invisible Spray means you should not pour it down the drain, but when used as instructed, its solvent evaporates and does not enter the water system.”

The spray is not permanent. Its manufacturer, Rainworks, says it lasts two to four months on average.

“We’ll see how long it lasts in our climate,” Konkoski said.

The project’s price tag so far is $260. ACW offered to pay for the entire cost, but then the village found out it had a little money left over for beautification at the end of the budget year, so the village bought two bottles of the Invisible Spray, which cost $130 each. That should be more than enough for the six poems, Konkoski said, at least to start.

While $130 may seem like a lot for a bottle of spray paint, Konkoski said it’s a low price for art. Plus, she said, paint is not cheap in general.

ACW says it aims “to have the poems in place by mid-July at the latest.”

Public art installations such as this fulfill part of the village’s Arts and Culture Master Plan, which was developed in 2018. The fifth of the plan’s five goals is “arts and culturally driven economic development,” and to achieve that goal, the fourth of four recommendations is to “visually brand the village as an arts and cultural destination through public art.”

“This is the first initiative that actually gets implemented,” Konkoski said, but others are in the works. The village has asked National Grid if it can paint its mosaic brand pattern on downtown light poles, and “We’re trying to identify some funding sources for larger public art installations,” including a mural project.