Carter Gagnon and his parents smile at home after they were greeted Tuesday during a tribute to Saranac Lake’s high school seniors. (Enterprise photos — Lou Reuter)

Hiker stand in Pilot Knob Road as vehicles lin both sides on April 25 in Fort Ann. Hikers have been flooding the eastern shore of Lake George, filling parking lots and spilling out onto the road despite “no parking” signs. (Provided photo — state Department of Environmental Conservation)

Trails are sculpted in the sky by F-35 fighter jets from the Vermont Air National Guard flying over Saranac Lake and the Adirondack Mountains Saturday morning, May 2. Vermont’s Air National Guard was holding a drill weekend, and the flights were part of that training. A spokesperson from the facility, located next to Burlington’s international airport, said the group plans to combine with an air national guard base in Niagara Falls in the near future to fly over Western New York as a tribute to front-line workers fighting the coronavirus. (Enterprise photo — Lou Reuter)

Lenore Leavitt waves to her family on her 100th birthday while celebrating at Saranac Village at Will Rogers Tuesday. (Provided photo — Jamie Whidden)

A lightning bug larva crawls along a rock in Saranac Lake. This small creature, known in these younger stages as a “glowworm,” has the same luminescent organs as the adults, but instead of using its light for mate selection, for now it uses it as a warning to predators of the toxic and distasteful chemicals it carries. These larvae hunt slugs, snails and worms at night, injecting them with digestive enzymes that immobilize them and liquefy the remains. These insects can stay in larval form for up to two years as they grow, and this one is around as large as they get — three-quarters of an inch. (Enterprise photo — Aaron Cerbone) 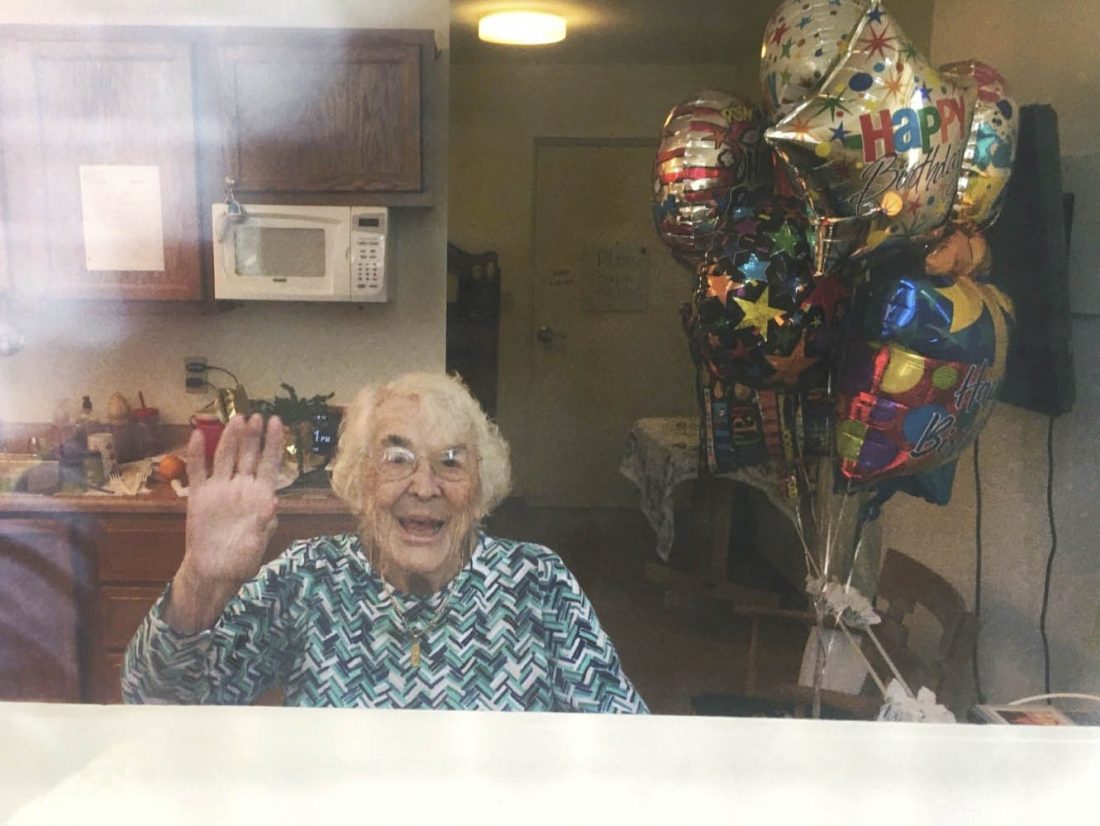 Lenore Leavitt waves to her family on her 100th birthday while celebrating at Saranac Village at Will Rogers Tuesday. (Provided photo — Jamie Whidden)

SARANAC LAKE — Lenore Leavitt’s 100th birthday party was not what she or her family imagined it would be, but there were trumpets and family fanfare for her Tuesday as she watched from a window at Saranac Village at Will Rogers, where she lives.

Saranac Lake High School music teachers Drew Benware and Keith Kogut stood outside playing “Happy Birthday” and other songs on trumpets for Leavitt. She was presented with 100 birthday cards written by friends and family, as well as fellow Will Rogers residents and staff. Though only six members of her family could be there, due to the coronavirus, activities department employee Molly Burgess edited together 20 videos of family members wishing her well.

On Thursday Will Rogers relaxed a shelter-in-place order for residents to stay in their rooms. It had been instituted after someone, who administrators said had come in contact with someone who had contracted COVID-19, was in the building on April 20. The order was lifted after that person tested negative for the disease twice. Restrictions are still in place, but not so strict.

“Residents can now partake in socially-distanced activities again in our common areas and they are also welcomed to walk around the building and the grounds,” Executive Director Jamie Whidden wrote in an email. “I’m so very grateful for the cooperation of the residents and staff during this challenging time. … Our building is still closed to visitors except for those who must come in to provide necessary healthcare services.”

Burgess said Leavitt’s family wanted to throw a surprise 100th birthday party, but when COVID-19 stopped gatherings and travel, she organized as many birthday surprises as she could. 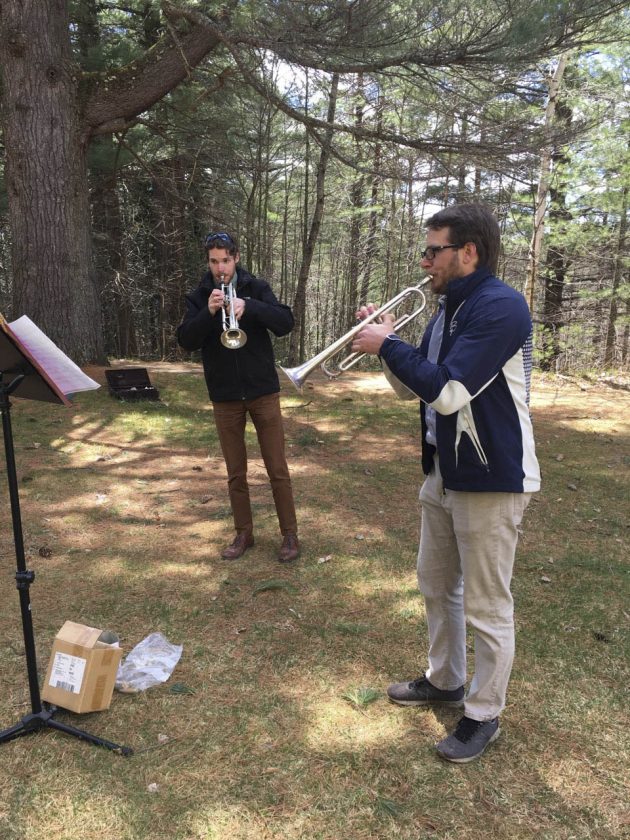 Leavitt said she enjoyed the celebration and that the best part was when her family members came.

“We had planned for family to fly in, to have a proper celebration,” granddaughter Abby Leavitt wrote in an email. “The party we managed to have within social distancing guidelines was the result of multiple joint efforts.

“I imagine the day for her was both exciting and emotional,” Abby wrote. “She seemed happy to see everyone and enjoyed the birthday serenade.”

Asked what her secret for longevity is, she said, “Just keep on livin’!”

Abby Leavitt, a 2019 SLHS graduate, spends a lot of time with her “granny” and said it was good to wave to her on her 100th birthday, even if it was through a window.

“She is one of the most amazing people I know,” Abby said. “She has traveled extensively, she has been to all 50 states, all of the Canadian provinces, traveled to Europe and (taken) multiple cruises. In her 80s she even went to Egypt and rode a camel. I aspire to be as much like her as possible in my own adventures.”

Abby said that before the pandemic she would eat dinner with her grandmother every Friday night and spend the evening playing board games, painting her nails or doing crafts.

“Today on her 100th birthday is the first time we have seen each other in over a month,” Abby wrote. “It was great to finally see her again. It was hard not to be able to hug her today! … I am looking forward to the day when I can see her again.”

Burgess said Leavitt’s church friends baked her a cake, and that Will Rogers Head Chef Caitlin O’Brien made cupcakes for all the residents.

Burgess said one of Leavitt’s students, from when she taught second grade, lives at Will Rogers, too.