A member of the Tupper Lake Volunteer Fire Department runs a hose while the department fights a wildfire on Monroe Avenue Saturday. (Provided photo — Jim Lanthier) 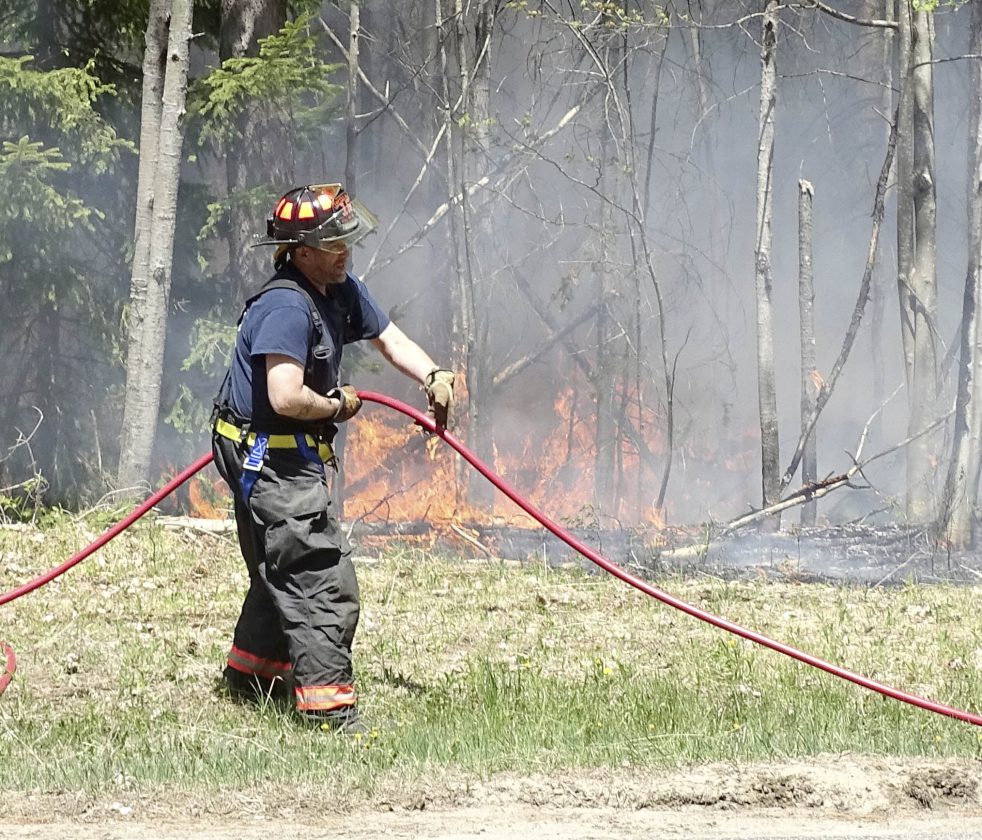 A member of the Tupper Lake Volunteer Fire Department runs a hose while the department fights a wildfire on Monroe Avenue Saturday. (Provided photo — Jim Lanthier)

Dry conditions led to near-constant wildfires in Franklin and Essex counties over the weekend.

“People need to be extremely careful with their campfires,” he added. “We’ve seen a pretty good string of fires since mid last week.”

Jamie Gratton, a dispatcher for the Franklin County Emergency Dispatch Center, listed every fire in the county over the weekend. 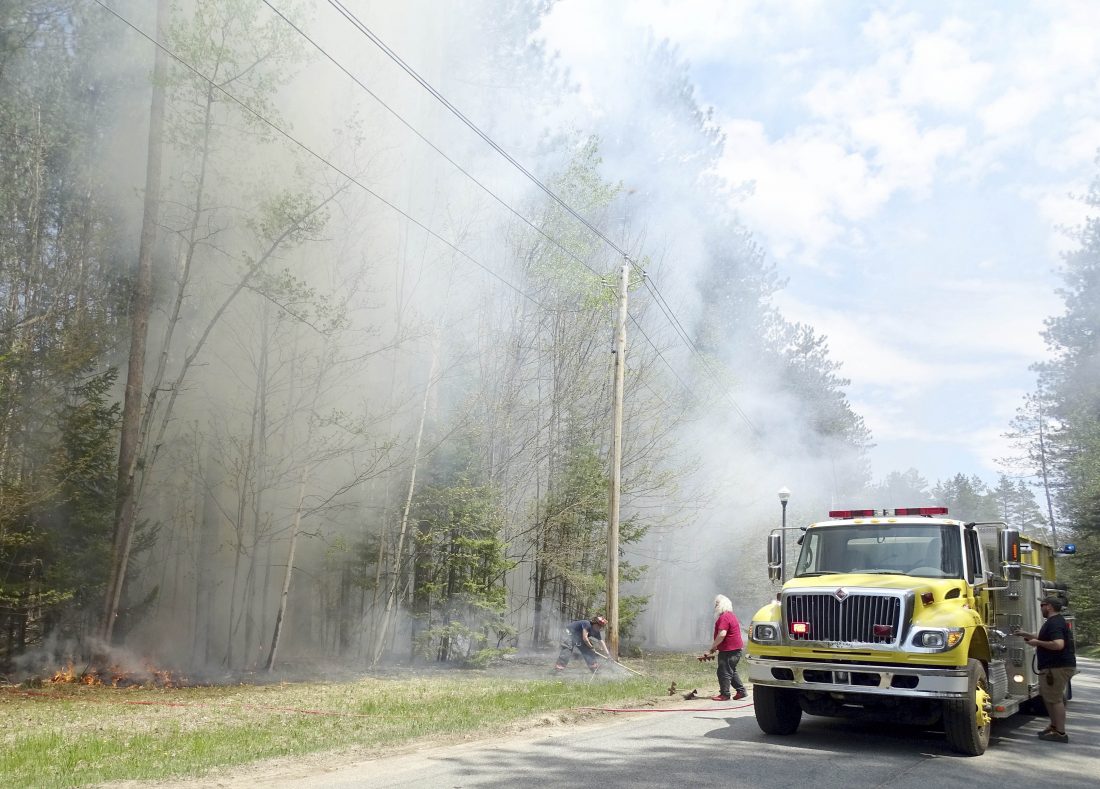 On Friday there were wildland fires on Sunset Avenue in Tupper Lake; on Reynoldston Road in the town of Brandon, to which the Bangor, Brushton, Malone and Moira departments responded; and on Miller Road in Constable.

The Essex County Emergency Dispatch Center said that since Friday there had been six wildland fires in the county, and that 14 fire departments had responded to them. Two fires took place in Wilmington, one of which took all night to fight, and the others took place in Keene Valley, Crown Point, Minerva and Willsboro.

Each of these took hours to fight, and sometimes more than one were in progress at the same time. 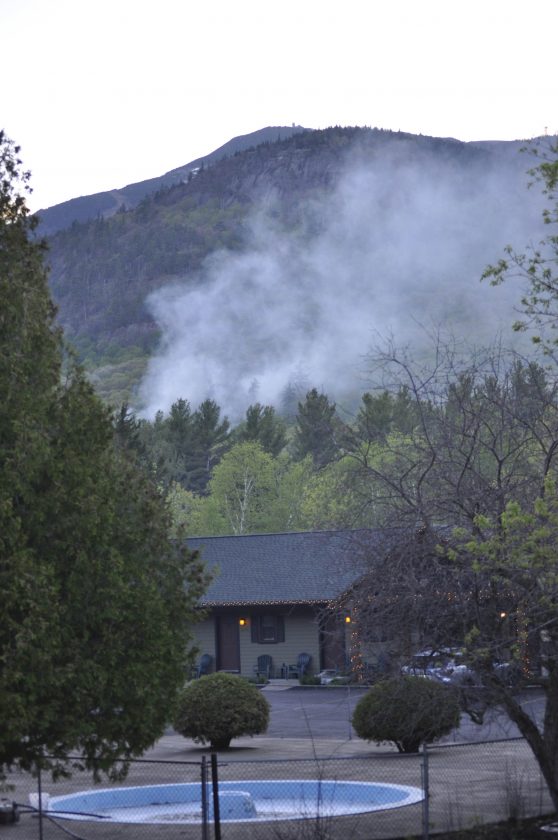 Barbara Stoner of Wilmington said on Sunday she could see a fire at Indian Rock on one side of her home and, a few hours later, a fire on Whiteface Mountain on the other side. She said she was not worried because they were far enough away and the wind was blowing in the right direction; however, she said it was strange to see two fires so close in proximity and time.

The Bloomingdale Volunteer Fire Department wrote on its Facebook page that the wildfire on Oregon Plains Road spread out of control and ended up catching a vehicle on fire. While they were dealing with that, a second call came in for a large wildfire in Loon Lake.